Virginia State Senator Louise Lucas (D-Portsmouth) has launched a legislative push to have poker reclassified as a game of skill. Lucas, who has long campaigned, unsuccessfully, to legalize casino gaming in the state, introduced bill S1400 last week. 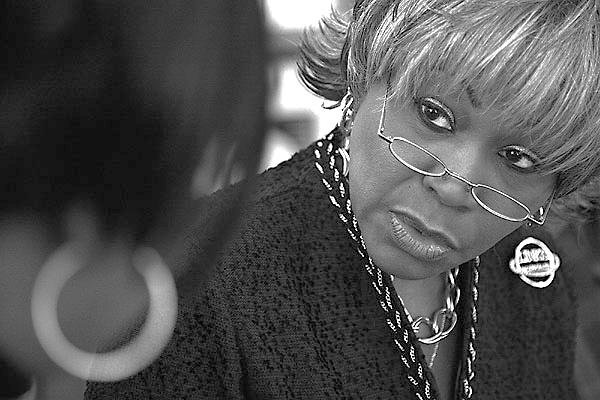 Virginia State Senator Louise Lucas’ new bill aims to reclassify poker as a game of skill. She’s hoping that the success of DFS legislation in the legislature last year could pave the way for success. (Image: senatorlucas.com)

It seeks to clarify the definition of illegal gambling and charitable gaming, such as bingo, as well as authorizing poker games and regulating of poker tournaments.

“Poker games shall be deemed games of skill, and nothing in this subdivision shall be construed to make any such game illegal gambling,” states the bill.

The bill would permit poker tournaments to be held at land-based bingo venues, with total prizes restricted to $100. For tournaments with higher prize pools, up to $50,000, organizers would require a permit from Virginia Department of Agriculture and Consumer Services.

Virginia has never been a hospitable state for poker players, or any gamblers, for that matter. The lottery being the only current legal outlet for gambling indulgence, following the closure of the Colonial Downs racetrack last year.

In some states, home poker games are nominally illegal but little is done to enforce the rule. But Virginia’s law enforcement has been criticized over the years for a heavy-handed approach to policing home games.

In January 2015, Police in Fairfax County deemed it necessary to call in a SWAT team armed with automatic rifles to break up a private home poker game that had, in the past, been frequented by Phil Laak and Antonio Esfandiari.

“They could’ve sent a retired detective with a clipboard and gotten the same result,” complained a player to the Washington Post shortly afterwards.

The raid resulted in the confiscation of $150,000 from the game’s host, while eight of the ten players were charged with the Class 3 misdemeanour of illegal gambling, punishable by a maximum fine of $500.

This is the same police department that, in 2006, opted to send a SWAT team to arrest an optometrist named Salvatore J. Culosi Jr for the crime of betting on football games. He was accidentally shot and killed by an officer on the doorstep of his home.

The new bill, it seems, would legalize cash home games, since poker would no longer deemed to be illegal gambling and a permit would be required for tournaments alone. And while Lucas’ casino gambling bills have previously come to nothing, she may take hope from the fact that, last year, Virginia, despite its largely anti-gambling stance, became the very first state in the US to regulate daily fantasy sports.