It took 11 hours to finish the WPT Borgata Winter Poker Open final table after a two-month delay, but the wait was worth it for Viny Lima who shipped the $3,500 buy-in event for $728,430. 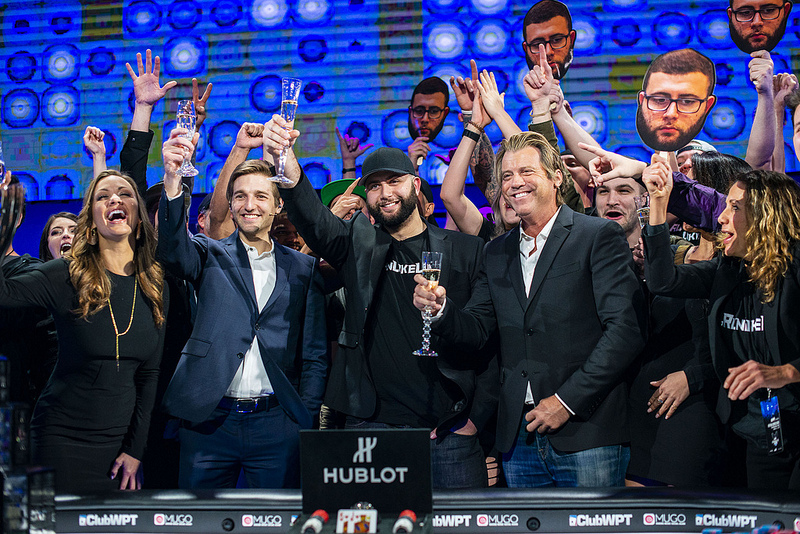 The tournament began January 27 in Atlantic City and once the final table was achieved four days later, play was halted. On Wednesday, the remaining players returned to action but this time at the Esports Arena on the Las Vegas Strip.

Luxor Hotel and Casino played host to a trio of World Poker Tour final tables this week. David “ODB” Baker took down the L.A. Poker Classic for $1,015,000 on Monday. A day later, Frank Stepuchin, came out victorious in the Gardens Poker Championship for $548,825. And then on Wednesday, Lima capped off the three-day festival with a title of his own.

None of the six final table participants had ever won a WPT title. In fact, only Daniel Buzgon had ever made a final table. While these players showed the poker fans watching on PokerGo they have talent, there was minimal major tournament experience between them.

Cards were in the air at 3:30 pm PT from the HyperX Esports Arena at the Luxor in Las Vegas. More than four hours later and five players still remained. It was at this point when fans knew it was going to be a long night.

Buzgon appeared at his third WPT final table, but first in seven years. He went out in fifth place and is still seeking that elusive first World Poker Tour title.

When heads-up play began at around 1 am PT, Farah had built up a 1.5-1 chip advantage over Lima. At that point, the blinds were so big that the chip leader only had 33 big blinds. So, many viewers probably figured it would be a quick heads-up match. Their assumptions would have been incorrect.

Lima quickly chipped away that lead and then the two traded leads back-and-forth for quite some time. The eventual champion then finally pulled away and on the 45th hand of heads-up play and 236th at the marathon final table, he won a flip to finish off the tournament.

Lima is now a member of the World Poker Tour Champions Club and received entry into the Tournament of Champions in May.

Congratulations to Viny for his win! But I have to say that Im proud of Joseph Di Rosa a Venezuelan player having hood moment (WSOP Winner) First ever from Venezuelan Player, and now third in WPT. congratulations compatriot!