Vice Journalist Uses Bot to Cheat at Online Poker, Writes About It

Vice journalist Hayden Vernon turned £1 into £220 at an online poker site using a bot. Upon cheating other players out of money, albeit at low stakes, he wrote about his experience. And then the poker community predictably piled on. 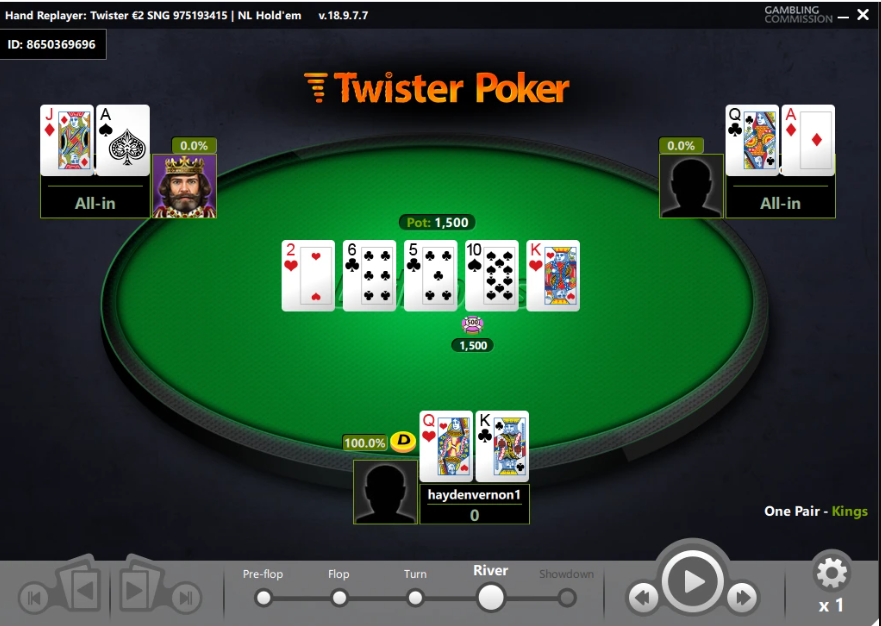 Don’t cheat at poker, folks, even if it’s for a juicy story. (Image: vice.com)

With the WSOP Online Bracelet Series just days away, online poker cheating has been a topic of discussion on Twitter recently. Vernon’s article may put some players even more on edge.

The admitted online poker cheater is also admittedly “absolutely s**t” at poker, as he wrote in his article. His intention wasn’t to make a living playing poker. And the money he won on the Bet365 poker site was minuscule, especially compared to the regular online poker cheaters who play daily for higher stakes. But that didn’t stop poker Twitter from piling on.

In his article, Vernon wrote that he used a bot from the site BonusBots.com. According to the website, all you have to do is download the software, “press Start,” and then let the bot play for you. What the website doesn’t tell you is, if you get caught using a bot, you’ll get banned from virtually any poker site. And there’s no guarantee it will even work properly.

“The website I get it from looks like its going to give my computer hepatitis, but the bot’s easy enough to use and even comes with different profiles depending on the style of game you want to play,” he wrote.

Bots are prohibited at online poker sites and frowned upon within the poker community. Vernon’s purpose, however, was simply to test out a bot and then write about his experience. But in doing so, he was heavily criticized by poker players on Twitter.

In one go you managed to undermine the integrity of the industry, get some people banned + funds seized because you forgot to mention how this is against TOS of every site and to end it you promote unregulated sites by insinuating bots don't stand a chance on those. Impressive

“Such a shame that this piece was published and you call yourself a journalist,” respected poker live reporter Christian Zetzsche wrote.

Jason Wheeler (@JDPC27) referred to Vernon as a “sad excuse for a journalist.” Jack Chadwick asked, “Any mention of the work online poker sites go through to stop cheaters and scumbags like yourself who employ bots to cheat honest players?”

“I don’t expect anything different from that s**t company,” @90scoot66 said of Vice.

Twitter user @x_CrazyJim_x referred to the article as “a waste of electrons.” While Brandon Sheils simply called Vernon a “scumbag.” That may be harsh but his point is made.