Brill, the former “Stones Live!” commentator who was the first to accuse Postle of cheating during the live-streamed Stones Gambling Hall cash games, obtained the interview with Johnson on Mother’s Day (May 9), and published it on YouTube four weeks later.

Johnson, who struggled emotionally through her hour-long interview, spent much of the time bitterly attacking Postle and touching on many of his alleged past misdeeds. Readers looking for hard evidence of Postle’s cheating at poker were disappointed, however, as Johnson had little to offer besides hearsay and her heartfelt beliefs that Postle had cheated, based on her knowledge of his personality.

Postle cheated “absolutely 100%, without a doubt,” said Johnson, based solely on her knowledge of her former husband’s history, which included his bragging about being “the fleecer” (allegedly in Postle’s own words) over the years. “If he can cheat you, he will. If he can steal from you, he will,” she added at another point in the interview.

A litany of Postle’s bad behavior


While Johnson had little to add to the allegations that Postle cheated during the “Stones Live!” games, the bigger picture she presented was of a bitter, wronged, ex-wife sharing other instances of Postle’s angle-shooting the world at large. Johnson detailed several episodes where Postle had planned in advance in how to rip off businesses in various ways.

In one example, she explained how Postle had broken a veneer (a tooth covering), then planned a scheme to scam Reno’s Grand Sierra Resort for his needed dental work. The scam included Postle leaving out a tiny scrap of meat to dry out and harden, then going to a GSR eatery, ordering a salad, then pulling out the dried bit of meat and claiming to GSR that he’d broken his tooth on the unexpected bit of hardened meat. The episode was just one of several such scams Johnson recalled.

When directed toward poker specifically, Johnson revealed one other instance of poker-cheating allegations against Postle. Several years earlier, though she could not provide exact dates, Johnson said Postle had been accused of cheating on PokerStars. The investigation, she said, was closed due to insufficient evidence.

Johnson remains involved in an unusual custody battle with Postle over their daughter, which figured prominently into the interview’s latter stages and provided the framework for her onscreen bitterness. Among other alleged misdeeds, she claimed that Postle had been thrown out of a Mississippi casino, has been banned from all Caesars (formerly Harrah’s) properties, and had been arrested three times on domestic abuse allegations, once in Las Vegas and twice in Sacramento.

None of these allegations could be verified independently via online records. Johnson also shared several text messages with Brill, published at the end of the interview, that provided evidence to the strained and manipulative nature of their relationship.

Among the relatively few pieces of hard poker news that could be extracted from the interview is that the once-ballyhooed documentary about Postle and the scandal, as told from Postle’s perspective, has crashed and burned. That effort was announced by California filmmaker David Broome in September 2020, at the same time Postle was preparing his since-failed $330 million defamation lawsuit against a dozen prominent poker-media entities ranging from Brill and Todd Witteles to PokerNews and ESPN. 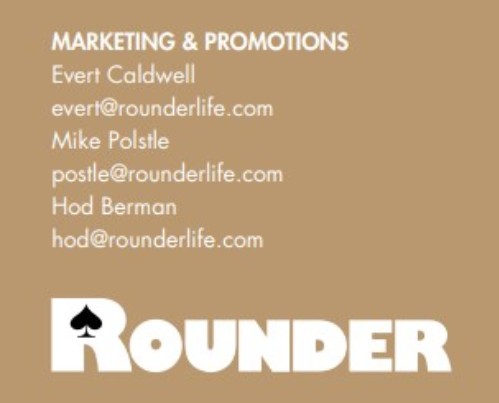 The presumably failed documentary, according to Johnson, arose from a connection between Rounder Magazine publisher Evert Caldwell and Broome. Caldwell continues to figure into the Postle backstory in several ways; he published several pro-Postle pieces in the wake of the cheating allegations becoming public, though he failed to publish a once-promised exhaustive analysis of the “Stones Live!” cash-game hands that might provide support for Postle’s claims of innocence. Postle met Johnson through Caldwell, who had hired her as a model for Rounder. Johnson said that Postle was an “investor” in Caldwell’s magazine, which has its own history of legal disputes. Postle also appeared on the masthead of several early Rounder issues directly under Caldwell’s own entry.

Johnson also worked at Stones Gambling Hall in Sacramento when it first opened in 2012. She worked there less than a year and left the Sacramento area entirely after her marriage to Postle ended.

Brill keeps heat on Postle in advance of anti-SLAPP judgment

Brill’s willingness to pursue and publish the interview reinforces the enmity between her and Postle, who she’s previously described as once being a good friend. This interview appeared just over a week before Sacramento Superior Court Judge Shama L. Mesiwala is set to rule on Brill’s request for $79,000 in anti-SLAPP legal fees for her defense against Postle’s voluntarily dismissed lawsuit. Co-defendant Todd Witteles won a similar $27,000 judgment against Postle last month, but Brill’s matching claim was pushed back to a June 16 hearing date.

The bad blood between Brill and Postle figured into the Sabina Johnson interview in another way. Johnson reported that, at first, Postle encouraged her to consider the interview with Brill and to report back to Postle about the happenings. “He told me to contact you and make friends with you so that I could get information from you to use for him,” Johnson said.

Instead of reporting to Postle, she told Brill, she decided to do the interview and use it to shine light on some of Postle’s other misdeeds. The text messages Johnson shared with Brill show Postle’s later attempt to derail the interview before it was published. “What you did today, there’s no going back from,” Postle texted to Johnson at one point. “Unless of course, you do the right thing before you’re all over the internet tomorrow. I don’t think you understand what’s going to happen if that video gets aired.”

“You cheated and you got caught,” Johnson responded via text. “I was going to lie to defend you. I know you cheated.” Johnson described to Brill several times how she “knew” Postle had cheated based on her extensive knowledge of his character. And, as she told Brill at one point, “He’s going to lose his shit the moment he sees this.”