The Venetian poker room is attempting to bring tournament poker back to Las Vegas during the COVID-19 era while still meeting the Nevada Gaming Control Board’s short-handed restrictions. 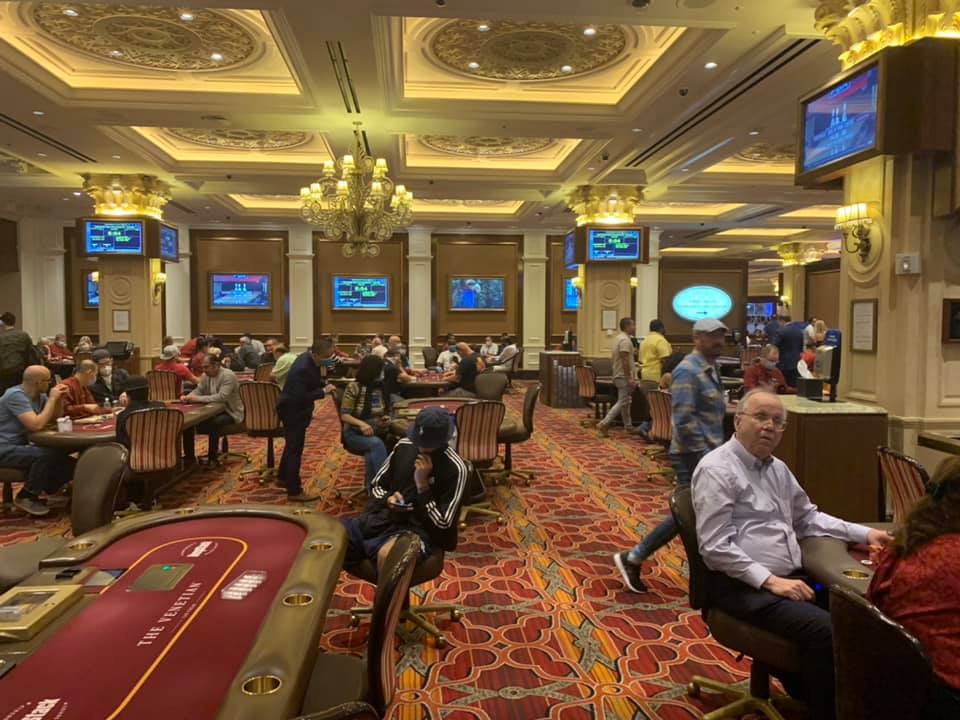 Short-handed play has been successful so far at the Venetian poker room in Las Vegas. (Image: CardsChat News)

Live poker returned to Las Vegas on June 4, with the Venetian poker room reopening the following day. Although most card rooms remain closed, the four that have reopened are doing better than expected. More than a dozen games have been running throughout much of the day in each venue.

But the game has changed quite a bit since the coronavirus outbreak started. The NGCB currently limits poker rooms to seating five or fewer players per table. As a result, traditional tournaments have been eliminated.

Since they’ve reopened, most card rooms have stuck with cash games exclusively. The only exception has been the Venetian poker room, which has spread some single-table, winner-take-all tournaments, similar to the sit-n-gos played at most online poker sites.

On Friday, June 19, the popular Las Vegas Strip casino will begin spreading multi-table tournaments for the first time since quarantine, but they will differ greatly from the tournaments most players are accustomed to playing.

Venetian’s new tournaments, which will run on Friday and Saturday this week, will cost $250 to enter. Each table will have five players and, once a player defeats everyone else at the table, that individual will move on to the next round to face a new table. Round 2 tables will play four-handed poker, with Round 3 — the final table — also playing four-handed.

Tournaments will be limited to a maximum of 80 players (16 tables). A minimum of 32 players will be required for these multi-table tournaments to start. Players aren’t eligible to re-enter these events, as they will all be played as freezeouts. With the house taking a $25 rake per entry, the prize pool would hit $18,000 with a full complement of 80 players.

It’s been three months since a live tournament in Las Vegas had a prize pool that large.