The Venetian Poker Room in Las Vegas is hosting a $250 buy-in tournament in October with a kinda-sorta-but-not-really $150,000 guarantee. The event has caused a stir on social media and has some poker community influencers, including Doug Polk, calling for a boycott. But is that going a bit too far, or is the reaction justified? 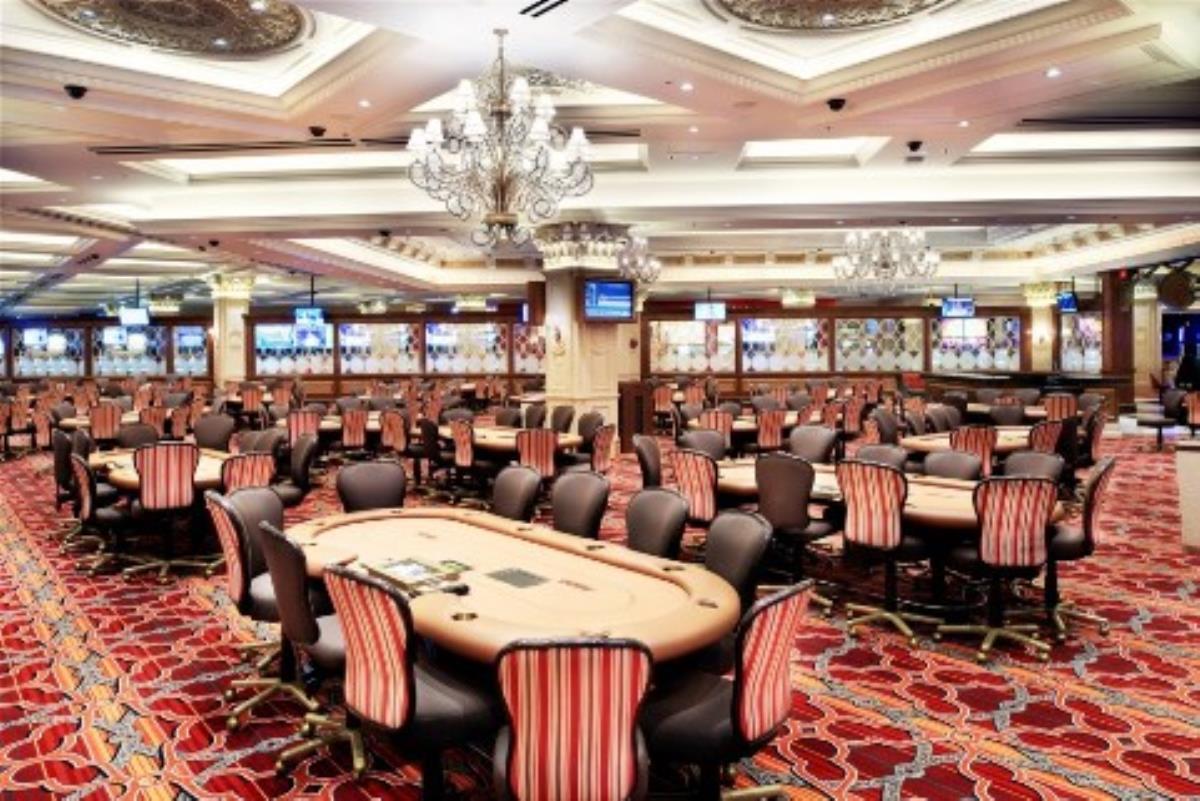 Doug Polk is calling for a boycott of the newest tournament offering at the Venetian, and he wants to see empty seats as a show of solidarity among players. (Image: msptpoker.com)

Polk addressed the issue in a recent YouTube video in which he brought up some solid points. But as is often the case with the former high-stakes pro, he also seemed to be having a knee-jerk reaction, which isn’t always the most logical play. That said, as a low-stakes tournament player in Las Vegas, I found plenty of substance to some of the criticisms he voiced.

On Oct. 21, the Venetian Poker Room is hosting a $250 buy-in tournament that guarantees $150,000 in prize money. It’s the main event in a five-tourney series they’re calling “The $225,000 Lucky Shot Poker Series and Drawing.” Sounds like fun, right?

But looking at the structures, the drawing, and an email the Venetian sent me trying to explain their intent, you get the sense the real purpose of the Lucky Shot Series is to take advantage of recreational players.

On the surface it appears to be a great event, given you can get into the action for cheap, with a shot of winning big. To sweeten the pot, the card room will award $52,000 in random drawing prizes during the tournament. How cool is that?

There will be six Day 1 starting flights, with one flight one per day, giving players plenty of opportunity to get in on the raffle-variety fun. So, what’s not to like?

That six-figure guarantee should be marketed as a “cap,” not a guarantee, if the casino were being honest.

In guaranteed tournaments, the promise is that if the buy-ins don’t tally up to the guarantee, the house makes up the difference. That’s part of the attraction — there’s a lot of money to play for, even if enough players don’t show up and the casino has to take a loss. But, if a lot of players do show up, that’s OK, too, because that just means a bigger prize pool.

In just about every guaranteed buy-in tournament ever, if the buy-ins exceed the guarantee, the house continues to add money to the prize pool. So, if the guarantee is $100,000 and the event brings in $190,000 after entrance fees above that guarantee, the players will be playing for their share of $190,000, not $100,000.

That’s not the case here. The Venetian Poker Room is trying to do things differently, promising that the casino won’t take a penny of rake until buy-ins exceed $150,000. After that, according to the Venetian’s fine print, the card room intends to take every last cent. And that’s what has led to many critical comments from the poker community.

Doug Polk likes to speak his mind and, often, stand up for what many perceive to be injustices in poker. On Wednesday, he continued to fight the good fight, this time by asking poker players to boycott the Venetian Poker Room.

“In my opinion, when you buy into a poker tournament, the buy-in should go to the prize pool. You know, this is really groundbreaking stuff,” he sarcastically said in a YouTube video.

Polk argues that since the prize pool in the upcoming Venetian event could far exceed the guarantee, meaning the house would scoop a massive rake, it’s “bad for poker.” He encouraged players to boycott the tournament in his video. He went a step further on Joey Ingram’s latest podcast, calling for the community to boycott the Venetian altogether.

“We need to make sure that this thing is as much of a failure as we possibly can,” Polk said. “If we didn’t care that the Venetian did this and this event went well, what message would that send to the poker ecosystem?”

Polk answered his own question by suggesting that, if the tournament is successful, players might end up paying a 50% rake on their registration, as opposed to a more typical 15%-25% rake that regular players have grown accustomed to in most low-stakes Las Vegas poker tournaments.

“I think it sets a terrible precedent that will only get worse if accepted,” Ingram told CardsChat News. “Poker players are getting f****d all around.”

About a month ago, I stepped away from cash games in Las Vegas to grind some daily tournaments. I’ve had some success, winning four of the 9 events I’ve so far entered — mostly at Aria — and cashed in two others. As a local who cares about the Vegas poker industry, I agree with Polk that the upcoming Venetian Poker Room tournament is simply bad for our community.

Venetian has a great poker room. It’s well run and they offer the best regular low to mid-stakes tournaments in town. Plus, the cash games are juicy, as there are many clueless tourists with money just willing to hand over their cash to the local grinders.

But this event is bad for the game, no matter how the casino tries to spin it. The odds are good this event will far exceed the $150,000 guarantee. Let’s take a look at the breakdown.

I estimate between 1,200-1,500 entries. That’s based on the low buy-in price point, and a six-figure guarantee. I recently played in a $400 buy-in tournament at Venetian that had just a $35,000 guarantee. That one-day event had around 125 players.

So, imagine how many players a cheaper tournament with six, Day 1 starting flights and a massive guarantee will get? It isn’t unreasonable to think each session will have 250 entries, or 1,500 players total, creating $375,000 worth of buy-ins. That would usually make for a pretty nice prize pool, and what most casinos would consider a successful (and profitable) event.

But if we get those numbers here, the house would be taking in more than 50% of the buy-ins in rake. Yikes. That’s like a charity tourney, but with the only beneficiary being Sheldon Adelson.

I contacted Venetian Poker Room tournament director Tommy LaRosa for comment. He directed me to the property’s PR department. So, I then reached out to the casino’s PR manager and, disappointingly, was given a canned response:

“The $225,000 Lucky Shot Poker Series and Drawing is a new poker series catering to a player who likes promotions and drawings. It is designed to have a lower buy-in, but still guarantees $225,000 in total prizes that include a drawing, providing two ways to win,” the email said. So I guess that’s like a triple-zero roulette wheel offers more ways to win, too?

The email continued, and in doing so, revealed a little more about the Venetian’s motivation.

The tournament is designed so that the Venetian funds $225,000 in total prizes, regardless of how many players join. This is similar to how other table and slot tournaments are conducted.

This new format is in addition to our other successful poker tournaments, which are geared to a more seasoned player, like our DeepStack Poker Series.”

Even Worse Than Originally Thought

My initial reaction when discovering the controversial tournament on Jeff Boski’s Twitter feed was that the anger from the poker community was overblown. I thought it would be likely the casino wouldn’t surpass the guarantee or would barely exceed $150,000, so what’s the big deal?

Then I thought about it, and realized the buy-ins will easily crush the guarantee. Even worse, based on the PR response I received from Venetian, this tournament appears to be shady.

Like I said earlier, the Venetian operates a great poker room. Does anyone really think that a card room such as this would guarantee $150,000 in a poker tournament without being confident the guarantee will easily be met, at the very least? No chance.

But what really bothers me is this comment from the PR department:

“This new format is in addition to our other successful poker tournaments which are geared to a more seasoned player, like our DeepStack Poker Series.”

What this tells me is they are intentionally taking advantage of recreational players. They are marketing this specific type of tournament toward the casual poker audience because they know “seasoned” players would never fall for such a shady gimmick. And that’s just wrong.

I realize that many recreational players accept the fact that they are minus-expected value against the pros. And they understand that they won’t win long-term. They’re just playing for fun because they enjoy the experience. But that doesn’t mean it’s right to just rob them blind, knowing they won’t read the fine print where it explains how the guarantee is capped.

Should We Boycott the Venetian?

I only play at Venetian once every few months. But when I do, I feel a little dirty given the casino’s owner, Sheldon Adelson, is partially responsible for the frustrating online poker laws in America. And even if not for his disgraceful anti-online poker crusade, if I’m rating his character on a scale of 1-10, I’d give him about a -390.

Despite Adelson’s affiliation with the casino and the shady upcoming “guaranteed” tournament, I’m not quite on board with Polk in calling for a complete boycott of the property. Boycott the tournament, for sure. But, as is often the case with Doug, the knee-jerk reaction is a bit extreme.

If the entire poker community boycotts the poker room over this, dealers and cocktail waitresses start losing jobs. And I hate to see people lose jobs. MGM Resorts is cutting thousands of jobs from hard-working people here in Las Vegas due to pure greed, and it sickens me. I don’t want that to happen to the quality dealers at Venetian. They have nothing to do with planning the controversial tournament.

I’ve seen shady things in virtually every poker room I’ve played in, and I’m sure I’ve played in 150 different poker rooms around the country. Aria, for example, allows pseudo-private games that prevent certain players from entering. And I love Aria. In fact, it’s my favorite poker room. But, I’m not about to boycott the casino over the private game debacle.

The fact of the matter is, poker players will always have to deal with some shady behavior in every card room or online poker site. If we want to avoid shadiness completely, we’ll have to stop playing poker completely. So yes, boycott the controversial tournament. But if you enjoy playing at Venetian, by all means continue doing so.

please boycott the series + the casino as well . I don’t believe the claim ‘ that jobs will be lost ‘ . I would be happy to see them moved elsewhere though .

Wohh,that is big,I dont have play for to long but i have never see an guarantie price pool not reached by the buy ins,the poker rooms are very carefull by stimating the amount off players playing a tournament. So i say it is ok to boycot The Lucky Shot Poker Series.