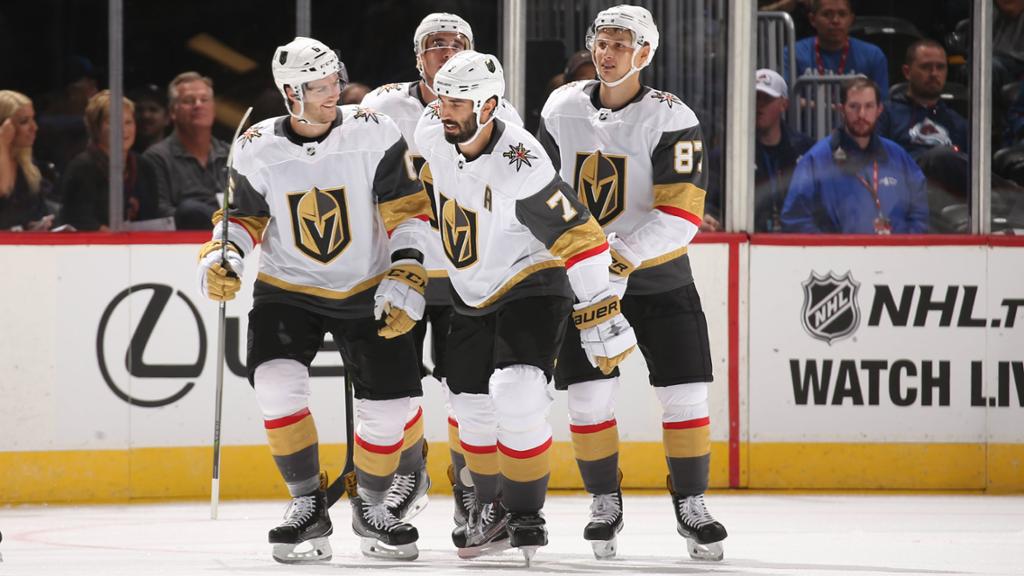 Vegas cruised through game six in San Jose 3-0 as goalie Marc-Andre Fleury pitched his fourth shutout of the postseason in just eight games.

With Fleury, a 13-year NHL veteran, protecting the goal, the Golden Knights will be a tough out for any team, but the stakes are rising as Vegas is eight wins away from shipping the Stanley Cup in the team’s first year of existence, but the quality of opponents are about to get tougher.

Up next is the winner of the Winnipeg-Nashville series, the two top teams during the regular season in the Western Conference. Winnipeg leads the series 3-2 and could close out the Predators with a victory on Monday.

Pessimists said hockey would never work in Las Vegas. But less than a year after the Golden Knights’ inaugural season roster was constructed, hockey is booming in the desert, and the local poker community, led by Daniel Negreanu, is proudly on the bandwagon.

Marc-Andre Fleury deserves consideration for Conn Smythe winner whether he wins the next round or not. 4 shut outs. 4.

Many Golden Knights fans didn’t follow hockey before the 2017-2018 season, but Negreanu isn’t one of them. The lifelong hockey fan from Canada converted from a Toronto Maple Leafs fan to a Vegas Golden Knights fanatic and was a strong proponent of bringing hockey to his new hometown.

Negreanu, a season ticket holder, has been one of the team’s biggest cheerleaders throughout the season. Kid Poker told The Athletic in March he would drop out of the Super High Roller Bowl and some WSOP events if the Golden Knights advanced that deep in the Stanley Cup Playoffs to watch hockey.

Everywhere you go in Las Vegas these days, whether it’s out to dinner or grocery shopping, you’ll see people sporting Golden Knights gear. Businesses all over town are displaying “Go Knights Go” billboards.

On Sunday night, during and after the game against San Jose, #GOKNIGHTSGO was a top trending hashtag on Twitter, and many local poker players, not just Negreanu, were tweeting about the game.

Eric Wasserson, Negreanu’s close friend, is ready for an anticipated matchup against the Winnipeg Jets.

Even Todd Brunson, who isn’t much of a sports enthusiast, is on the bandwagon. He posted, “Go Knights Go,” after Sunday’s game, a rare sports-related comment from the Poker Hall of Fame member.

David Williams, the 2004 WSOP runner-up, made the trek to San Jose for Game 6, and left unimpressed with the atmosphere.

In San Jose for the @GoldenKnights game. A few observations. First, there are a LOT of Knights fans here. Second, the energy at T-Mobile in Vegas crushes this place. I was wrong about hockey in the desert not working. #GoKnightsGo

Danielle Andersen celebrated the big victory by popping bottles with her family at home.

Don’t get too excited yet, Danielle. The Golden Knights are still eight wins away from glory. Save the champagne for when, or if, they win the championship.

Way to go Knights!! It’s playoff hockey, which makes it 10x better than the regular season. My team didn’t even make it into the playoffs, but still watching as much as I can. Would be an awesome story to see the Knights skate their way to the title as an expansion team.

These guys were 300-1 at the start of the year to win the championship, would be such a good story but they have to get through the pens going for the treble