Calling the Vegas Golden Knights’ inaugural season a success would be an understatement. The team adopted by hockey fanatic Daniel Negreanu and many other Las Vegas poker players opened the Stanley Cup Playoffs with a 1-0 victory over the Los Angeles Kings, sending fans into near-euphoria. 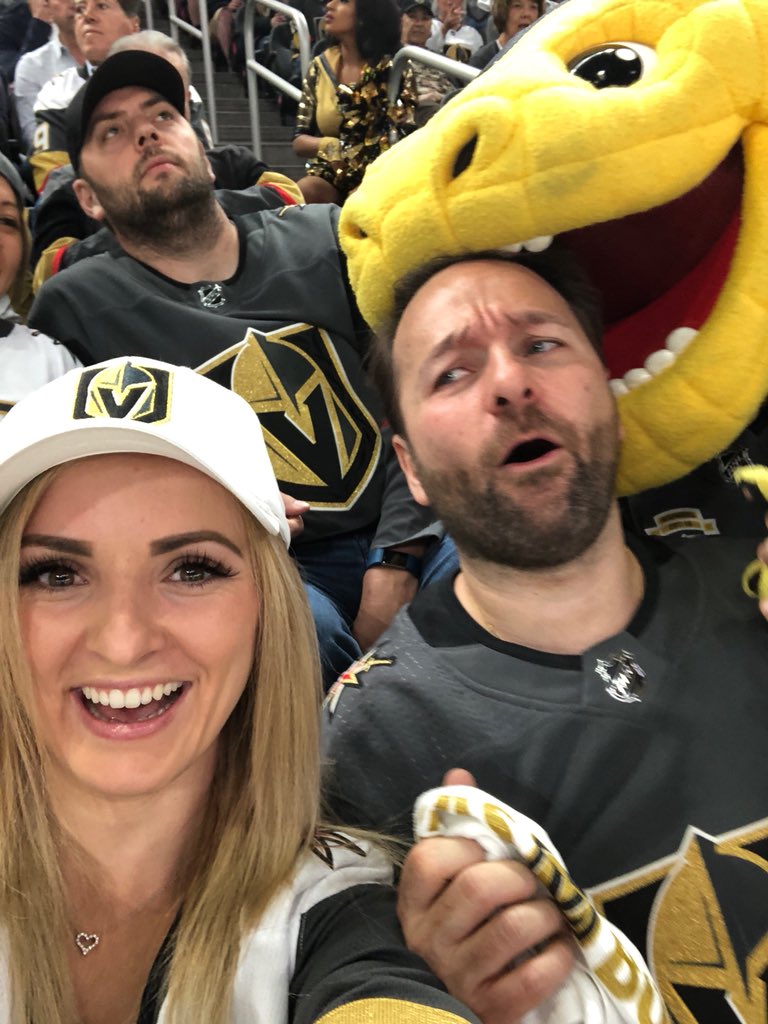 Daniel Negreanu had a good time with his girlfriend cheering on the Vegas Golden Knights during Game 1 of the Stanley Cup Playoffs against the Los Angeles Kings. (Image: Twitter)

The VGKs — 100-1 longshots to win the Stanley Cup before the season began — now have a realistic shot of winning it all, an accomplishment that could be quite costly to some local sports books. Wednesday’s shutout put the expansion team one game closer to its ultimate goal.

“Just to put it in perspective, it took the @NHLJets 20 seasons to win their first playoff game. The @GoldenKnights accomplished that feat in their first,” poker announcer and grinder David Tuchman posted on Twitter.

Vegas finished the regular season with 109 points (51-24-7), third best in the Western Conference behind the Nashville Predators (117) and Winnipeg Jets (114). Virtually no one anticipated that an expansion team would be in contention for the Stanley Cup.

Even Daniel Negreanu, a long-time Toronto Maple Leafs fan who switched his allegiance to the new team in his new hometown, didn’t expect such early success before the season.

Prior to Game 1 against the Kings on Wednesday, Kid Poker predicted a series win for the Golden Knights. Negreanu said on Twitter that Vegas has been “underestimated” all season, criticizing other poker pros who had predicted a first-round exit for Sin City’s expansion team.

“1 down, 15 to go,” Eli Elezra posted on Twitter, captioning a photo of himself on the video board where he’s seen cheering on the VGKs during Wednesday’s game at T-Mobile Arena.

There are four best-of-seven series in the NHL Playoffs. It takes 16 wins to claim the Stanley Cup and, as Elezra’s simple math indicates, Vegas is 15 victories away from glory.

Mike Matusow is more focused on taking it one series at a time. The Mouth also attended the game and shared a video on Twitter of the sellout crowd celebrating the Game 1 victory with the caption, “1 down 3 to go.”

Jennifer Harman, Matusow, Negreanu, Elezra, and many other poker players left their  respective card rooms for a few hours to cheer on the Golden Knights to a Game 1 victory. They’ll be back at the T-Mobile Arena on Friday night, when the Game 2 puck drops.

you can win all 82 regular season games and no one cares unless you win the cup. Vegas did well this year but don’t count your chickens before they hatch because the cali teams are no joke.. Good luck VGK

It’s amazing what you can do with a team if you are willing to make an investment. TML should follow their path, Poor fellas.