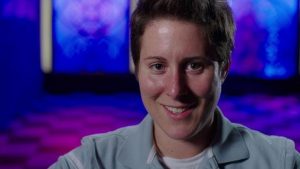 Vanessa Selbst enlists the help of Daniel Negreanu and PokerStars to raise $160,000 for the Urban Justice Center in New York. (Image: espn.go.com)

Vanessa Selbst is one of the leading tournament players in the world and alongside her millions of dollars in earnings she has a certain amount of influence in the poker community and she used that status to good effect recently.

As part of her role as ambassador for the Urban Justice Center, New York, Selbst helped organize a charity event for at the end of September complete with poker, celebrities and, importantly, fundraising.

Helping Selbst make it a night to remember was an all-star cast of poker pros, including Andy Frankenberger, Erik Seidel and Daniel Negreanu.

Attendees were able to opt into the charity poker tournament or simply pay a fee and watch from the rail as a collection of amateurs and well-bankrolled celebrities swapped bets with Selbst and co.

In total, the event attracted 200 attendees and when the final count was in the total amount raised for New York’s Urban Justice Center was an impressive $160,000.

Aside from entertaining guests and raising money for charity there was a chance for the players in the tournament to win a free trip to PokerStars Caribbean Adventure.

As expected the pros were just as determined to claim the top prize as the amateurs and strong performances from the likes of Negreanu, Seidel and former November Niner Steve Begleiter saw them all reach the final table.

However, when the final chips had fallen it was amateur player Ingrid Weber who claimed all-inclusive prize package.

After a back-and-forth battle with Joel Wertheimer, Weber eventually came out on top and won a trip to the Bahamas in January to see if she can repeat her performance in one of the largest live tournaments of the year.

Negreanu Helps Keep the Energy Up

Commenting on the efforts of all those in attendance, Selbst thanked everyone who anted up and paid a special tribute to Negreanu and Joe Stapleton who both kept the energy levels up throughout the night.

“Daniel Negreanu and Joe ‘Stapes’ Stapleton both brought their A-games, with energy through the roof that kept the crowd engaged even after most of them had hit the rail,” said Selbst.

She went on to explain how the Urban Justice Center is not only a charity close to her heart, but an organization that helps some of the most disadvantaged young people in New York.

“It was just a tremendous night, which saw over 200 people show up and raise more than $160,000 for the Urban Justice Center and New York’s neediest populations,” Selbst continued.

With plans already in place to host another event in 2016, Selbst now has 12 months to win a few more poker tournaments and boost her own bankroll before she uses her status to help those in need once again.