Vanessa Selbst, arguably the most accomplished female player of all time in poker, is once again combining her two passions: legal advocacy and poker. In an exclusive interview with CardsChat, she recently talked to us about why this event and its benefitting cause is so important to her. 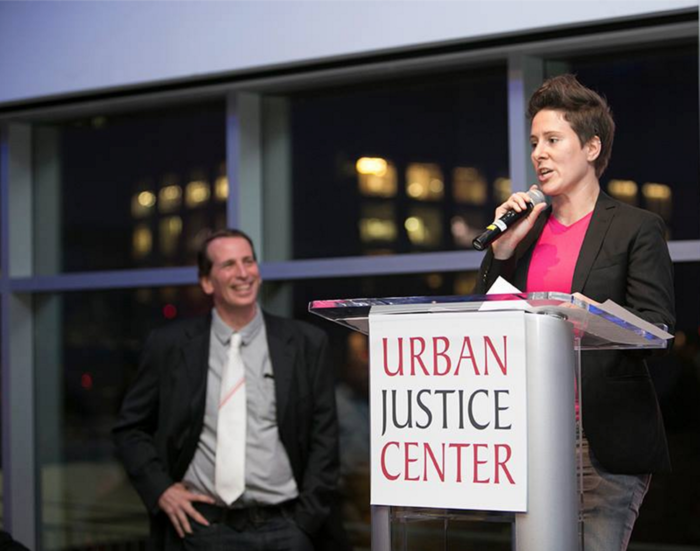 For a little background, let’s start by explaining the event itself. On Tuesday, September 27, Selbst and fellow superstar poker pro Daniel Negreanu will host the second annual “Justice is Blinds” to benefit the Urban Justice Center (UJC) of New York, a non-profit that has provided legal services to the city’s most vulnerable for more than 30 years.

Last year, the inaugural event saw over 200 total attendees, of which 135 participated in the poker tournament, raise over $150,000 for the UJC. The charity poker tournament saw Negreanu, Andy Frankenberger, and former November Niner Steve Begleiter all make the final table, but ultimately, it was Ingrid Weber who took down the top prize, an $11,000 package to the PokerStars Caribbean Adventure.

Prizes for this year’s tournament, which will run $1,000 to enter, include the same package to the winner, as well as eight box seats at a Madison Square Garden basketball game, a round of golf at Baltusrol, and a bottle of 1998 Chateau Haut-Brion (a very nice Bordeaux that runs in the $500 range at retail), to name just a few.

Among those expected to partake are actors Hank Azaria, Richard Kind, and Eric Bogosian, as well as poker pros Erik Seidel and Olivier Busquet.

This year’s event, which offers $500 tickets for attendees who don’t want to join a game, will be held at Capitale, which was recently honored with the “Best Ballroom East Coast” award. Attorney Phil Telfeyan, a co-founder of Equal Justice Under Law, will be on hand to entertain guests with his sideline skills as a magician, as will the award-winning Brooklyn circus entertainment group, House of Yes.

And now, on to our actual interview with the great Vanessa Selbst.

You have Daniel Negreanu on board as co-host for this event. What do you think he brings to the table when it comes to a fundraiser like this?

Selbst: Daniel Negreanu is such a perfect co-host, because he’s passionate about philanthropy and passionate about social justice issues (as anyone who follows him on Twitter has discovered this election cycle, I’m sure). 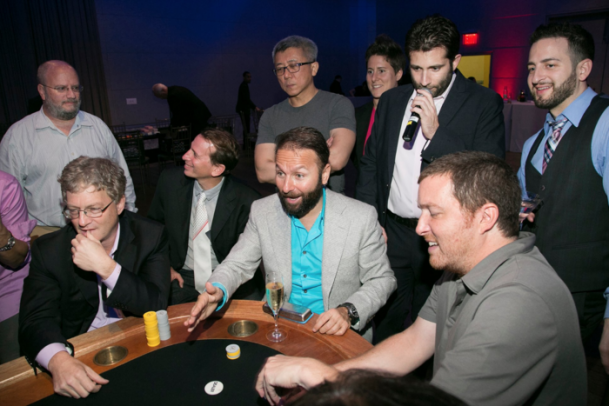 Daniel Negreanu will return to play and co-host the 2016 Justice is Blinds charity poker event in NYC on September 27. (Image: Urban Justice Center)

He also loves poker and brings such positive energy to the game, so everyone loves playing with him. I can’t think of a better co-host and we all feel honored by his commitment to take part in the event.

What makes you so passionate about The Urban Justice Center? What does it mean to you personally?

The Urban Justice Center is one of the best legal services organizations in the world, composed of world-class attorneys who do the work that isn’t necessarily glamorous or widely supported, but is necessary in the fight for a just and equal society. I am inspired by the work that everyone at the UJC does. I joined the board a few years ago and feel honored to be a part of the UJC community, and this charity tournament is the way that I can help support the work.

How exciting is it for you to have celebrities at the event? You have some pretty big names in the entertainment world scheduled to appear.

It’s really exciting to have the participation of great actors like Hank Azaria, Richard Kind, Eric Bogosian, as well as many other talented folks from the sports and entertainment world. They help drum up interest in the event, and it is so much fun for the guests to be able to play poker with them and chat with them. Because the event is so much fun, they end up having a great time, so it’s a win-win for everyone who comes out.

It seems there are some interesting entertainment options taking place at the event, such as a Harvard lawyer who’s a magician and a circus act. What’s inspired you all to spice it up so to speak?

We really wanted to make sure there were fun activities for people who came to support us, yet didn’t want to play poker, as well as for early casualties of the event, just to make the event as inclusive as possible.

Last year, we had an awesome magician, who will be back, but apart from that, the outside entertainment was somewhat of an afterthought. This year we’ve changed venues to one with a better layout, so you can partake in non-poker entertainment and still spectate the poker, and even added a prize for non-poker games.

There are also some great prizes up for grabs, maybe the best I’ve ever seen for a charity event. How did you go about getting such amazing prizes?

Yes! This year we really wanted to get great prizes, because that’s also important to the success of our event. We know that $1,000 can be a lot to ask for, so the prizes are our way of saying thank you and giving people something meaningful to compete for. 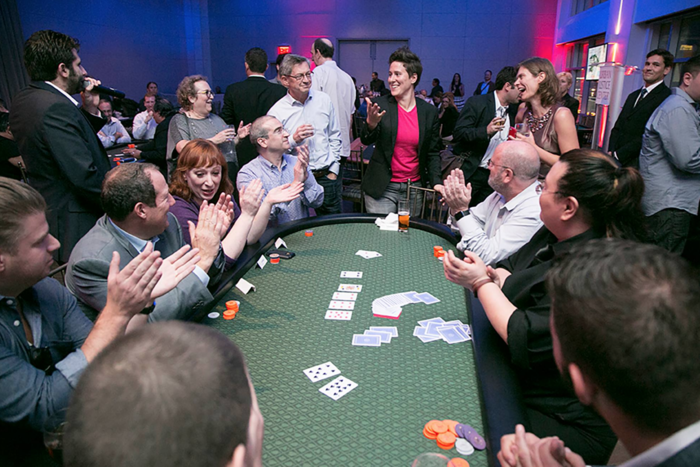 Vanessa Selbst gets the party started at last year’s fundraiser. This year, a bevy of show business celebrities and poker stars are scheduled to attend. (Image: UJC)

I think people are inspired to give, partly because of the great cause and partly because they see the work that I’m putting in and how passionate I am about the event. The UJC board has also been responsible for gathering some tremendous sponsors.

Ultimately, we are extremely lucky to have the generous support of so many sponsors and private donors, including PokerStars, who has once again donated a package to the PokerStars Championship in the Bahamas in 2017.

Do you know which poker pros will likely be at the event, besides Daniel?

Yes, I expect that we will have quite a few pros at the event. So far confirmed, we have myself and Daniel of course, Erik Seidel, Andy Frankenberger, Victor Ramdin, Stevie Chidwick, and Melanie Weisner. I expect more will end up showing up as well. Jonathan Little also supports the event with a prize donation, but couldn’t make it this time.

Aside from this event, what’s next for you poker-wise? Where can fans expect to see you play next?

I will be at the WPT Borgata Fall Poker Open, with Day 1A of the Main Event next week! I’m so excited, I love that tournament and skipped it last year, because this [charity] event was a lot to plan. Now that we’re in our second year, I have a better feel for what needs to be done, so it’s back to the Borgata to claim the title that evaded me in 2013.

Could you also give us a little update on what you’ve been up to? Where have you been spending your time?

Since the World Series of Poker [last summer], I’ve been playing some poker, such as the EPT Barcelona, and planning this charity event. Other than that, most of my days have been spent with mornings at the tennis court, and afternoons working at a small civil rights law firm, doing police misconduct litigation.