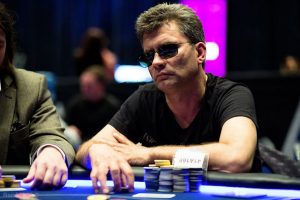 Valeriu Coca has been cleared of cheating by the WSOP, which now considers the matter closed. (Image: poekkritaliaweb.org)

Valeriu Coca, the player suspected by his peers of cheating at the WSOP over the summer, has been cleared by the WSOP and the Nevada Gaming Control Board.

Coca startled a number of high-profile pros by running over them in the $10k heads up event.

During his run, the Moldovan dispatched Matt Marafioti, Aaron Mermelstein, Connor Drinian, and Byron Kaverman, before falling to Keith Lehr in the eighth round of the competition for a fifth-place finish.

Each player was shell-shocked by this unknown player’s apparent ability to play perfectly against them, folding each time they had the goods, applying pressure when they didn’t, and taking suspiciously strange lines throughout.

Drinian tweeted after the match that he had felt “super-used,” a reference to the notorious UltimateBet scandal in which various UltimateBet employees were able to play on a super-user account that allowed them to see their opponents cards.

The players also recounted suspicious behavior and mannerisms during the games. “The thing I was most skeptical of was, halfway through our match, I noticed he kept playing with his cards even when he was first to act,” Marafioti told PokerListings soon after the tournament.

“It’s like he was waiting for me to look at my cards and I was looking at him and I was like, is he stalling or something? He had a few more chips than I did so I didn’t get what he was doing exactly.’”

“He didn’t call one shove the whole match and then all of the sudden he snaps queen-nine off when I have jack-seven.

Further suspicions were aroused by Coca’s unusual style of glasses, leading to allegations that he was somehow marking the cards and that the glasses were helping him gain a magnified view of the deck or perhaps allowing him to detect ultra-violet markings on the cards.

All this was speculation that has ultimately come to naught.

An immediate WSOP investigation turned up nothing, as did the joint probe with the Nevada Gaming Control Board and, although no details were offered about the nature of the in-depth investigation, the WSOP now considers the matter closed.

“Once issues were brought to our attention, we immediately commenced an investigation and worked cooperatively with the Nevada Gaming Control Board,” read a WSOP statement. “The investigation that was performed has now been completed by all parties. At this time, the matter is considered closed and the 5th-place finisher in Event #10 will now have his funds released for payment.”

what a strange story , and strange reporting as well . this brief article has no mention of the suspicious decks , and previous accusations against ‘ the moldovan ‘ . was he really banned from some casinos in Europe for card marking ?