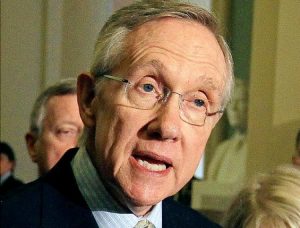 If two Utah district attorneys have their way, Senate Majority Leader Harry Reid (D-Nev) and Senator Mike Lee (R-Utah) will have their day in court to answer to allegations of bribes relating to online gambling companies.

The Department of Justice (DoJ) has refused to pursue the case, but Davis County District Attorney Troy Rawlings (R) and Salt Lake County District Attorney Sim Gill (D) refuse to give up. They claim that online poker payment processor Jeremy Johnson of Utah had ties leading to Reid and Lee with regard to payments made from online gambling to those Senators, in exchange for political favors. Both Senators have denied the allegations.

Utah businessman Jeremy Johnson was investigated by the Federal Trade Commission (FTC) for establishing shell companies to hide more than $50 million that was earned through online poker payment processing in the United States. He was connected to players in the payment processing game like Chad Elie and John Campos, both charged in Black Friday indictments for violating the Unlawful Internet Gambling Enforcement Act (UIGEA) and laundering money through an illegal gambling business.

Johnson’s financial movements were allegedly assisted by then-Utah Attorney General John Swallow, who subsequently resigned in November 2013 under scrutiny pertaining to these allegations. A recording was released by Johnson that supports the accusation that Swallow participated in a plan to funnel $1 million from Full Tilt Poker to Reid through a third party in return for Reid assisting the passage of a Congressional bill to legalize online poker in the United States.

The claims against Reid and Lee date back to 2010, at which point some online poker executives were allegedly trying to hide contributions to both of the Senators campaigns, and Johnson was asked to launder the money through shell corporations. The Congressmen were allegedly wooed through numerous fundraisers hosted by online gambling companies and affiliated entities so they would push for federal legislation. Johnson was indicted on more than 80 counts related to online gambling and money laundering charges.

District Attorneys Rawlings and Gill continue to pursue ties to Reid and Lee. Though the DoJ has refused to participate in the case at this point in time, the attorneys are determined to continue exposing details of the investigation. Evidence has been forwarded to the FBI regarding campaign contributions to the Senators, but the attorneys plan to pursue the case on the state level if necessary.

Rawlings recently told ABC News, “We’re not ready to pronounce prosecutions of any federal officials. But I will tell you this. By virtue of somebody being a federal official – be it an elected or an appointed official, whatever it is, does not give them immunity from state crime.”

Spokespersons for Reid and Lee have accused the attorneys of wanting publicity and having no basis for their allegations. Reid spokesman Adam Jentleson has even called it a “fever-brained witch hunt.”

While the attorneys are constricted to a certain degree by Utah laws, they plan to continue to expand the investigation. They claim that there is much more to the case than they have released to the public, and plan to pursue all avenues to expose the alleged crimes.