US Senator Dianne Feinstein Weighs in on California Online Poker, Says It’s a Mistake for the Golden State 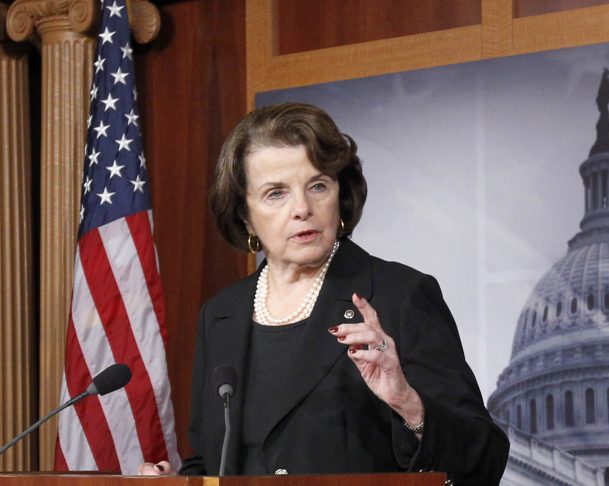 The 82-year old legislator sent a letter to lawmakers in her home state urging them to say no to Assemblyman Adam Gray’s Internet poker bill (AB 2863). Last week, a California Assembly committee held a hearing to vote on the measure. It received a unanimous 19-0 decision in favor of passing.

AB 2863 still has a long road ahead before it will be put into law, allowing for regulation of online poker in the Golden State. But the April 27 hearing was certainly a positive step forward for poker fans.

Feinstein, however, is trying to do her part to ensure the bill never passes. The senator sent a letter to Assembly Speaker Anthony Rendon and Senate President Pro Tem Kevin De Leon, advising them of what she sees as the potential risks involved with legalizing online poker.

“I urge you to consider the potential widespread harmful implications of online gambling, particularly for young people in California,” she penned. “It is my strong belief that the bill should not be enacted and that Internet poker should be prohibited in California, because of its potential harmful effects.”

One of those risks, according to Feinstein, is an increase in crime. In the letter, she addressed the issue of overseas online gambling sites being involved in money laundering schemes in the past.

Feinstein, a San Francisco native, was a long-term mayor in her hometown, serving for ten years, from 1978-1988. After an unsuccessful bid to become the governor of California in 1990, she then set her sights on the United States Senate.

In 1992, Feinstein was elected to her first term as a US Senator. She has won re-election ever since. In 2012, Feinstein set a record for most popular votes in any US Senate election, with 7.75 million state constituents.

It’s really no surprise that the senator doesn’t support online poker even though she’s a liberal politician. Her political views over the years have been mostly liberal, but she has stepped across the aisle on certain issues, such as supporting capital punishment.

Legalizing online poker has been discussed for years in California, and across the United States. This isn’t even the first year an online poker bill passed an Assembly committee vote. But it is the first year Feinstein has issued an opinion on the potential dangers of legalized online poker.

Why it has suddenly becoming a matter of import to the senator is anyone’s guess. There isn’t a definitive answer, because she hasn’t addressed the timing of her concerns on this issue publicly. It could simply be that she’s finally speaking up in the year where the push to legalize poker on the Internet has built up more momentum than ever before.

The Golden State poker community will be hoping not many other prominent politicians join her outlook.

My emails with the Senator office pre-date Addelson’s campaign by several years. Feinstein simply opposes online gambling in any form on its merits. It is a nanny state position. I disagree with her on this point, but am not willing to accuse her of being anyone’s pocket.