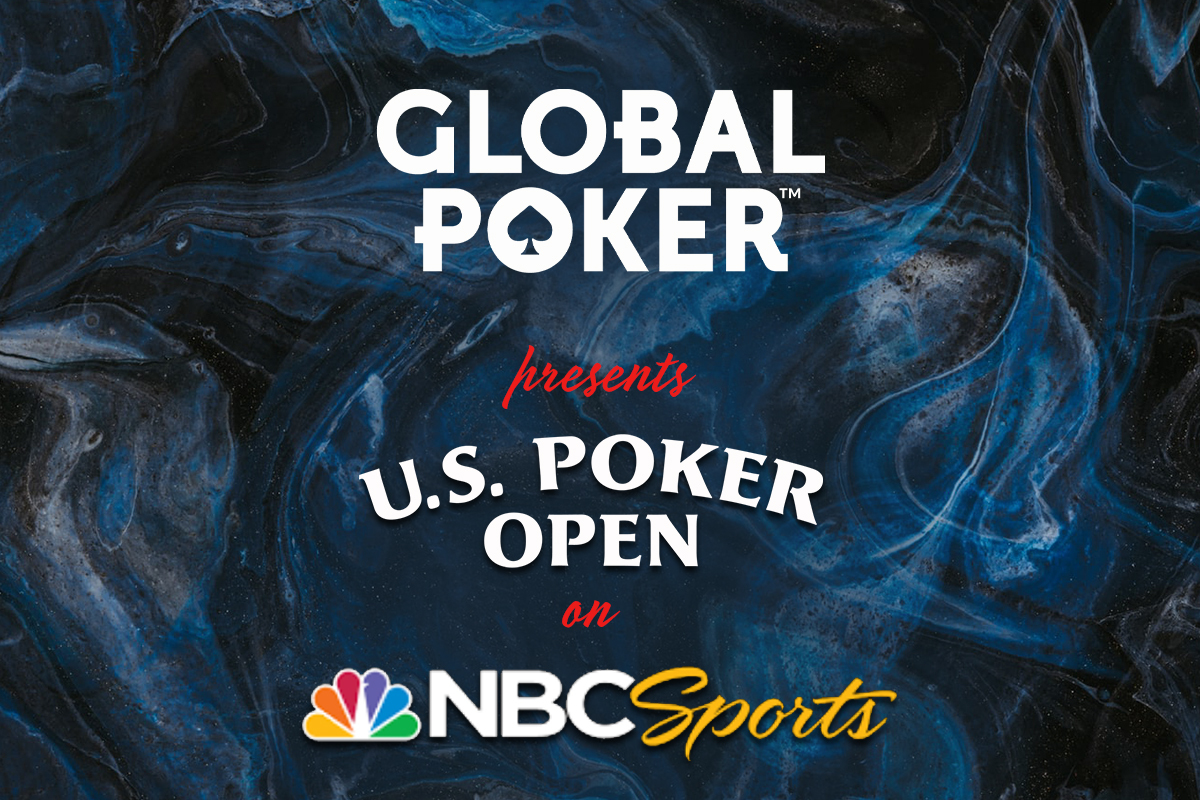 The US Poker Open is airing on NBC Sports Network this month, along with a series of special events taking place on Global Poker. (Image: PokerGo News)

This year’s US Poker Open was originally a made-for-streaming event that was shown live on PokerGo’s platforms earlier this year. Buy-ins for the 12-event series ranged from $10,000 to $50,000, which meant there was an all-star cast in attendance between June 3 and 15.

NBCSN viewers got to see Jason Koon, David Peters, Stephen Chidwick, and other top pros do their thing on TV last night. If you missed it, don’t worry. There will be two more shows this month and each one will feature the best hands from four separate tournaments.

To mark the occasion and give players a chance to become winners in their own right, Global Poker is hosting a unique online series to accompany the show. The free-play site sponsored the US Poker Open and will now offer US players 32 tournaments between Aug. 23 and Sept. 5. Players can enter 16 MTTs using Global Poker’s onsite currency, Gold Coins. The other 16 events will use Sweep Coins which are Global Poker’s promotional credits.