Move over poker … UNO claims to be “the world’s #1 card game®” and is celebrating 50 years of making families shout by hosting its inaugural World Championship tournament in Las Vegas. The winner goes home with $50,000 (just less than 162nd place in the WSOP Main Event) and a title that I thought I claimed in my parents’ dining room in 1986. 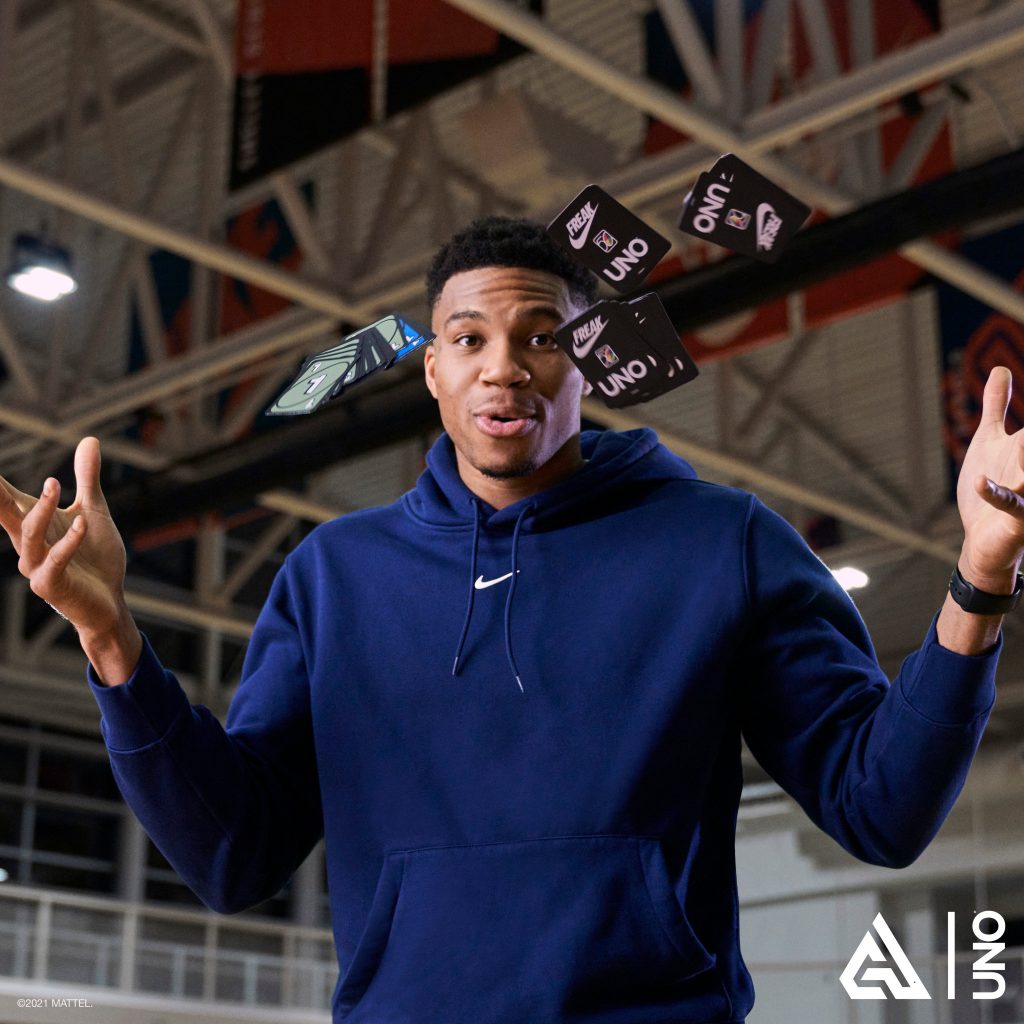 Giannis Antetokounmpo, aka the “Greek Freak,” is part of the celebrity roster promoting the Uno World Championship. (Image: Instagram/uno)

The first-ever UNO World Champion will be crowned Thursday at the HyperX Esports Arena in the Luxor.

Mattel, UNO’s publisher, promoted the UNO Championship Series Vegas Invitational tournament through its game app and website. Almost 2 million UNO fans played more than 28 million matches in tournaments throughout the summer where seats were won. Ten other players were randomly selected, and several were simply invited to play.

Players — UNOers, UNOites, I’m not sure — will start by playing three five-minute games under the traditional UNO rules. Points will be tallied and the winners will advance to the winner’s bracket, while all the other players will move to the consolation bracket. The final round for the money will consist of three 15 minute games: winner takes all.

The action is being streamed on UNO’s new TikTok channel from 6-7:45 pm PT. It will also be featured on the app’s “discover page” starting at 7 pm PT. Tennis star Venus Williams, NASCAR vet Clint Bowyer, Giannis Antetokounmpo of the Milwaukee Bucks, and singer Ashlee Simpson Ross are some of the celebs scheduled to appear and play in exhibition matches.

The tournament is hosted by professional video gamer and Twitch streamer Tyler “Ninja” Blevins, who has more than 17 million subscribers on the platform. (By comparison, the most popular poker streamer in the world is Lex Veldhuis, with 826K Twitch subscribers.)

Are you playing it wrong?

Traditional UNO rules, you say? Yes, the cut-throat version that families around the globe play where players get knocked out and the last player standing wins isn’t the official way to play.

Traditional rules say the person who is the first to go out gets the total remaining points held by their opponents; it’s just like the deadwood in Gin Rummy. The numbered cards are worth their face value, the actions cards, like Draw 2, Skip, and Reverse are worth 20 points, and the Wild cards, 50.

The first to 500 points earns the right to run around the table mocking their opponents.

Traditional rules also say that players don’t have to keep drawing cards from the pile until they can discard, which eliminates one of the more entertaining aspects of UNO: seeing your relatives trying to hold and organize a dozen cards or so while wiping their tears from laughing.

That’s how game maker Mattel is celebrating 2021, the 50th birthday for UNO. The company should celebrate. It says it sells more than 10 million decks each year, which equates to 17 decks each minute. The Uno app has been downloaded more than 180 million times, according to the company.

Invented in 1971 by Ohio barber Merle Robbins, he produced the game and sold decks out of his shop for a few years until selling the rights for $50K and royalties of 10-cents per deck to a funeral director from Illinois named Bob Tezak and his friends who wanted to get into the game business. They called themselves International Games.

UNO’s popularity exploded when K-Mart began to stock their games in the late 70s. The company was sold to Mattel for an undisclosed stock swap in 1992.

With literally thousands of versions of decks in 80 countries, UNO is constantly one of the best-selling toys each year. Who knows how many poker players cut their teeth playing the game, but for many, UNO is the first time kids have fun playing cards.

Do you have UNO memories? We’d love to hear them in the comments below.