U.S. and Australia are the Biggest Gambling Losers

Take a bow citizens of the United States and Australia, you win the award for the biggest gambling losers in the world. These two countries helped the gambling industry reach $385 billion in profits last year.

The US, a country of 319 million people, contributed $116.9 billion in gambling losses in 2016, more than anywhere else in the world.

The average American adult lost more than $400 on gambling over the previous year. That ranked fifth in the world. 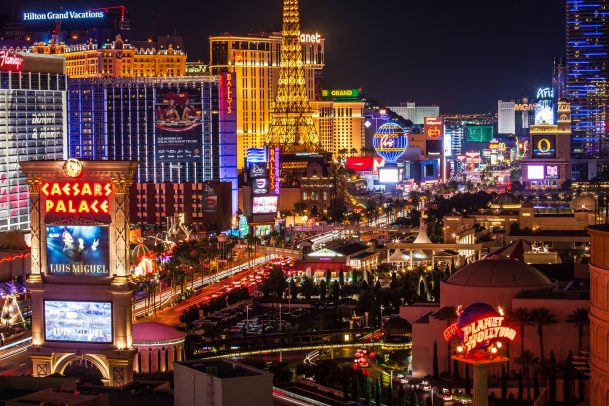 The Las Vegas Strip is home to the hottest gambling action in the United States, and possibly the world. (Image: ntslimo.com)

The estimates come from research conducted by H2 Gambling Capital (H2G), a gambling data and intelligence consultancy. The chart released by the company included the 15 biggest losers in overall losses and average gambling losses. China, the world’s largest country (1.35 billion), was 2nd behind the United States ($62.4 billion).

Where the Losses Come From

H2G released specific data showing where the gambling losses came from. In the United States, the majority of the revenue was generated in brick-and-mortar casinos. Las Vegas, considered the gambling capital of the world, is a tourist hot spot that attracts millions of gamblers every year. Other US cities such as Atlantic City generate high gambling profits.

Since online gambling is illegal throughout most of the United States, only a tiny fraction of the country’s losses came from internet casinos. Online gambling, slot machines (non-casinos), and casinos brought in the highest profits in Australia.

Things could be changing in the coming months. Australia is on the verge of tightening its internet gambling laws. 888poker has already backed out of the market in anticipation. Rumors have been swirling around that PokerStars will follow suit. If other top internet poker and casino sites leave the country, Australians may lose less money gambling in the coming years.

H2G’s chart doesn’t separate casino games such as blackjack and roulette from poker and slot machines. Other high-loss nations include Japan ($24.1 billion), Italy ($19 billion), Australia ($18.3 billion), and Britain ($18 billion). These are estimates, not exact figures.

It shouldn’t come as a surprise that the United States is responsible for nearly one-third of the entire gambling industry profits. Gambling has always been a part of American culture. Colonists bet on the outcome of events long before the country existed.

Millions of tourists from all over the world visit Las Vegas every year. Outside of Macau, China and a couple other cities, there aren’t any places in the world that lure in the gamblers quite like Sin City.

Nevada isn’t the only state that benefits from gambling revenue. New Jersey, home of Atlantic City and legalized online poker, attracts visitors from all over the northeast. Even smaller states such as Iowa have numerous casinos. Gambling has been and always will be a big part of American culture.

Australia doesn’t have “online casinos”. So almost all of those “online gambling” losses will actually be sports betting.

Gambling -in always been a profitable business)