Another record-breaking Unibet Open has come to a conclusion after Daniel James overcame a stacked field in London. 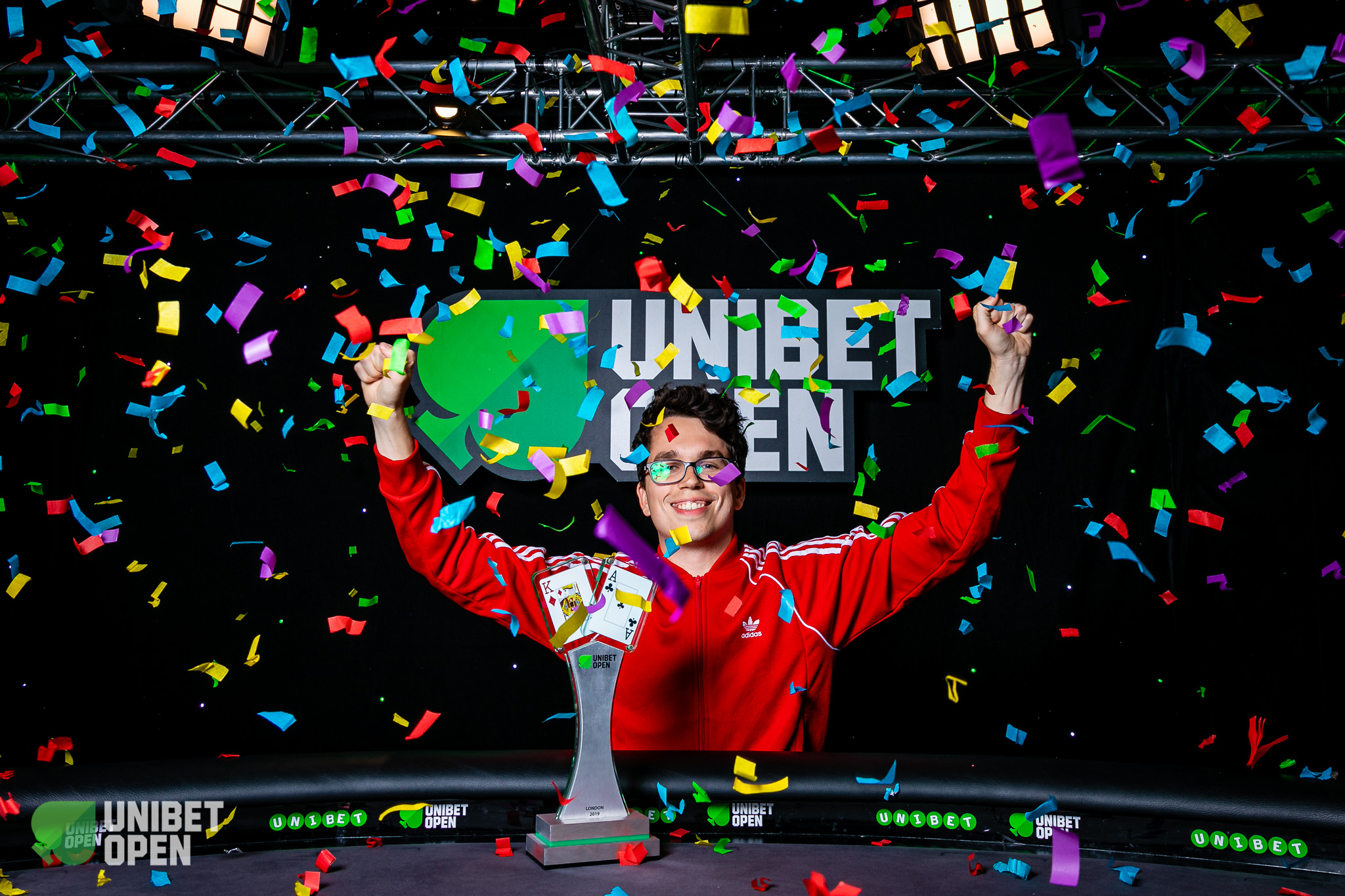 With $101,773 on offer for the winner, circuit regulars were pushing the pace early. Grosvenor Poker’s Jeff Kimber was among the early frontrunners but eventually fell in 28th when his fives lost to tens.

As the final day rolled around on May 26, the high pace continued. Within 10 minutes of the start, three players had hit the rail.

Following Justin Kyriakides, Lei Wang and Pierrick Chaintreuil shortly after was Jamie Rutherford. After getting low on ammunition, the British player moved all-in with ace-nine but couldn’t catch a lucky break against pocket kings.

When the final nine restacked their chips, James was out in front. The 29-year-old history student had cut his honeymoon short to play in the event and he wasn’t going to let the opportunity slip away.

Aiming to follow in the footsteps of other Unibet student champions, James gradually took control. After watching Vamshi Vandanapu and Matas Budginas fall by the wayside, he claimed a double knockout.

First to succumb to the Unibet Open champ-in-waiting was Damian Bell. That elimination was quickly followed by the demise of Adrian Haaberg.

Having solidified his position as a top stack, James eased off the gas and allowed Ben Winsor to play executioner. Holding the chip lead at the start of the day, the Brit was arguably the biggest threat to James’ aspirations.

Indeed, as he ended the runs of Jon Sataoeen and Mor Kamber, the final showdown was shaping up to be a tense affair. However, after James took out Andrew Christoforou in third, the win looked inevitable.

Despite having to reclaim the lead during an hour-long heads-up match, the Londoner eventually sealed the deal with ace-king.

As the K♠3♦J♣ flop fell, both players were more than happy to get their chips in. Unfortunately for Winsor, Q♣J♥ was second best at that point. The 6♠ and 5♦ did nothing to change things, meaning the latest Unibet Open title went to James.

In joining Unibet Open champions such as Martin Soukup, James said he was lucky to find the right cards at the right times.

“I ran pure at every point during the tournament. When I got short and needed a hand, it came,” said James.

Whether it was good fortune, solid play or a combination of both, James will be celebrating married life with the biggest win of his poker career.