Word spread through the poker community on Friday that players in the United States were beginning to receive balance refunds from UltimateBet and Absolute Poker, two sites that went dark in 2011. The repayment process began less than a month after a September 7 petition deadline. 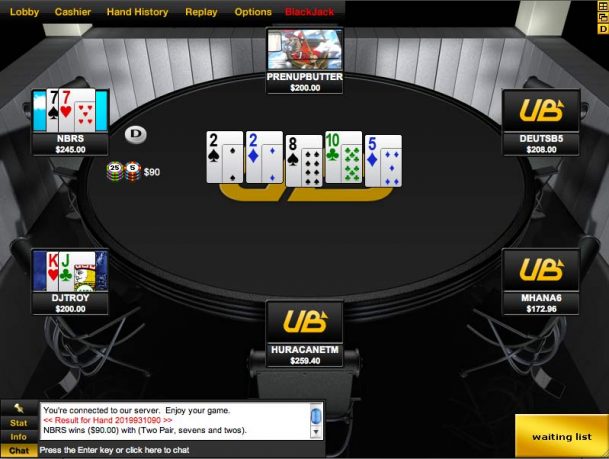 Funds long written off from UltimateBet and Absolute Poker began showing up in players’ bank accounts on Friday, six years after the money disappeared. (Image: ThePokerBank)

In April of this year, Acting US Attorney for the Southern District of New York Joon Kim, revealed that the government had retained the Garden City Group (“GCG”) to “oversee a process for compensating eligible victims of a fraud committed by Absolute Poker against United States players.”

However, it wasn’t until August that approximately 1.2 million notices were sent via email instructing players to file a claim on the GCG’s AbsolutePokerClaims.com. Available was $33.5 million in leftover Full Tilt Poker (FTP) funds approved for distribution by the Money Laundering and Asset Recovery Section of the DOJ. The FTP remission process finally came to a close in April 2016, with payments sent to 45,180 players for a total of $114.5 million.

Kim then directed leftover money from that fund to pay back AP/UB players.

Among the 7,400 petitioners approved for the first round of payouts were 2015 World Poker Tour Championship winner Asher Conniff and 2012 World Series of Poker Main Event fourth-place finisher Russell Thomas. Both revealed they did receive UltimateBet and Absolute Poker refunds over the weekend, though neither disclosed the size of their accounts that were finally made whole.

Other players took to TwoPlusTwo thread to share their own good news.

“Got my money, shows up in my account as pending this morning,” wrote Hellcat12345. “Very excited to have over $10K coming back to me that I had written off a long time ago. Plans for money include outdoor TV, hot tub, and buying more [Bitcoin]….oh and gambling.”

GoldenBears echoed those sentiments: “$13k fell from the sky directly into my bank account. Good on ya DOJ. Black or Red?”

What’s Next for UltimateBet/Absolute Poker?

Refunds first hit those who requested a bank transfer as means for reimbursement, while those who opted for a check, as well as those outside the U.S., will likely need to wait another 2-3 weeks. Likewise, the GCG is still considering disputed account balances as well as late claim submissions.

One player who seems to be dealing with a disputed balance is poker pro Jon “PearlJammer” Turner, who tweeted: “Glad people are getting their UB/AP balances… but to those of us incorrectly marked as ‘UB pros,’ by the site, anybody have any luck?”

Finally, players who failed to submit a claim prior to the deadline still have the opportunity to make things right, though a refund isn’t assured. According to the website, “GCG will continue to accept petitions, but late filings will be subject to review at a later date and at the sole discretion of the Department of Justice.”

For those with questions, feel free to either email info@absolutepokerclaims.com or call 1-855-907-3254.

Really happy for the American Poker community, some of them should get good payments.

I am still waiting for my 1 million dollar claim for each site.

This money owed to me and mostly likely could be more.
Waiting to see if I get my money that those crooks stole. Keep fingers crossed. I am in Canada.

Still have money on the site. Form Canada also. Let me know if you get some..