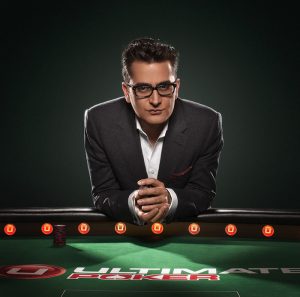 Antonio Esfandiari has been one of the faces representing Ultimate Poker, which is shutting down its online poker operations in Nevada after only 19 months. (Image: Ultimate Poker)

Ultimate Gaming has decided to leave the Nevada online poker market, a move some saw coming, but which the company had earlier denied was in the offing. The move must cast a kind of foreboding over US online poker operations, given that Ultimate was the very first to jump on board the regulated Internet bandwagon.

Ultimate Was First US Regulated Site

Ultimate Poker was the first-ever regulated online poker room in the United States. It launched early in 2013, well before Caesars launched its competing WSOP.com room. Ultimate had hoped that its first-to-the-market status would give the operator enough momentum to overcome the popular WSOP brand and other competitors that might appear down the line, but clearly, that has not been the case.

For a while, the strategy seemed to be working, as Ultimate Poker was able to maintain a reasonably sized player base. But just a few weeks after WSOP.com launched, the Caesars-backed site had overtaken Ultimate for the top spot in the state market.

Eventually, WSOP.com would settle in with approximately two-thirds of Nevada’s online poker traffic, with additional bumps during events like the World Series of Poker this past summer. That appeared to be enough to give Ultimate a small but stable player base, but it apparently wasn’t enough to keep the company in business.

“We are grateful to the Nevada Gaming Commission and Gaming Control Board for allowing us to be the first company to operate online poker in Nevada and greatly appreciate their leadership and support as the first state to license and regulated online poker,” Breitling said. “We are working closely with the Gaming Control Board to ensure a smooth transition for our customers as we cease Nevada operations.”

Pros who had worked with Ultimate Poker reacted to the news with disappointment.

“Obviously saddened by the @UltimatePoker news,” tweeted Danielle “dmoongirl” Andersen. “Appreciative of all the opportunities they provided for myself & the poker community. All I can do is hope like hell the future is brighter for this game I love so much.”

Players who have accounts on Ultimate Poker and have questions about the shutdown process can contact support through the Ultimate Poker website. There is no reason to believe that player funds are in any way in danger; when Ultimate similarly departed the New Jersey market, it was relatively simple for players to retrieve their account balances.

The removal of Ultimate Poker from the Nevada online poker market leaves only two active poker rooms in the state. As mentioned, WSOP.com was already the dominant force in Nevada Internet poker, and will control virtually the entire market now. The only other active poker room in the state is Real Gaming’s site, operated by South Point Casino; however, that site has almost no traffic to speak of.

Still, more sites could be coming to the market in the near future. 888 Holdings, which provides the software for WSOP.com, will soon be launching an 888poker site in the state, as well as another skin that is backed by the Treasure Island casino. These sites are all expected to share traffic as a network, and are also likely to combine player pools with the Delaware online poker market by early 2015.

Ceasers entertainment debt load in the billions, gives pause to the future of WSOP as well. My question is ,if they do file for bankruptcy will I lose the money in my account ?

Intrastate internet poker will never make it because there are two few players 24-7; and the odds of interstate poker ever happening are very slim because the states will never agree. Age verification of minors is a serious problem too. Most very religious states in the South will never get it passed.

Then there is the fact that the game has changed for the worse. There are too many all-in preflop Donkeys in the game at the lower stakes.

Then there is the fact that the “poker fad” is over. Not to mention that most people are now broke and many have no decent jobs because the wealthy have outsourced over 20 million middle class jobs to third world toilets, e.g., China, Mexico, India, and most people are forced to work at minimum wage jobs at retail stores, e.g., Walmart, Sam’s Clubs, Home Depot, J.C. Penney, etc.