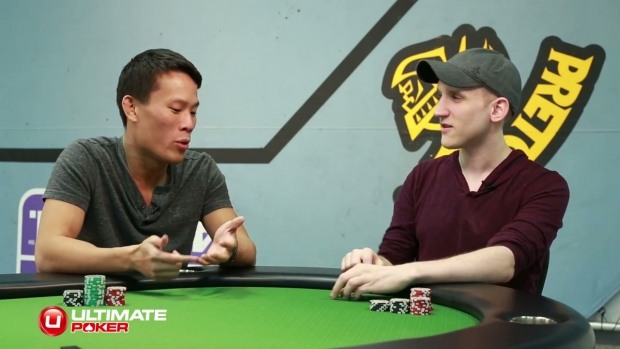 Ultimate Poker released half of its sponsored pros from the team roster. None of the poker players discussed it publicly, but five of them were dropped from the online poker website’s team page.

More problems continue to plague the company, from tales of reduced-quality customer service to the lack of cash game and tournament traffic, mostly in New Jersey.

The company was the first to launch online poker in Nevada and the new regulated environment of the United States, but it has been unable to keep up with competitors since that time.

For a fledgling online poker company in Nevada and then also in New Jersey, Ultimate Poker seemed to have quite a few signed sponsored pro players on its roster.

The Ultimate Poker reputation has taken an overall beating

But recently, many of them have disappeared from the “Team U” page of the website. Those no longer with the company are Jeremy Ausmus, Phil Collins, Brent Hanks, William Reynolds, and Lauren Kling.

Antonio Esfandiari remains listed as the company’s ambassador, and the list of pros still includes Jason Somerville, Dan O’Brien, and Danielle Anderson, the latter of whom recently moved to Las Vegas from a small town in Minnesota to work for Ultimate Poker.

None of the pros or company representatives has commented on the departures.

The summer was not a good one for Ultimate Poker. As WSOP.com cash game and tournament traffic numbers grew due to the promotions in line with live WSOP events in Las Vegas, Ultimate Poker saw some of its major players leave the company.

The first to leave was Joe Versaci, who had been the Chief Marketing Officer for the company. Then Terrence Chan followed at the end of June after serving for many months as the Director of Player Operations in Nevada and New Jersey.

Most Ultimate Poker players liked the knowledge that Chan brought to the table, and he was trusted in the poker community.

While customer service had been a strength of the company since its launch, Chan worked to maintain and highlight that department’s reputation.

Players raved about the customer service from Ultimate Gaming, no matter what negative statements followed about the traffic or software.

Chan also kept up with the players forums and encouraged frequent and open communication with players there, but since his departure, that has slowed as well. Few promotions entice players to the site, and the Ultimate Poker reputation has taken an overall beating.

In the end, the lack of software updates, the inability to keep up with competitors in that regard, and the regulatory controls kept Ultimate Poker from moving forward as companies like WSOP.com did in Nevada and PartyPoker did in New Jersey.

Whether or not Ultimate Poker can make a comeback in the still-emerging US market remains to be seen.

It will likely depend on a drastic change in goals, management, and general commitment in order to maintain a company built on a lot of hard work.

I’m in Nevada and basically hate playing on the nv poker sites it was a waste of my time and will never play on them again.

This article, from what I’ve seen/heard, seems to be accurate overall (although I haven’t heard of UP customer service getting worse, but could imagine w/ the change of mgmt in that area, it could be true ALTHOUGH I would imagine it is still much better than the rest of the companies out there).
I do think it is worth mentioning that nearly all of the other companies in NJ are going through major cutbacks as well. Not sure if it is more/less/same as Ultimate Poker, but its happening all over. I think companies are realizing that the DGE (NJ gov’t dept of gaming) has a lot more to do before its worth sinking money into that market.
With regards to Versace and Chan leaving, I’m not sure how much you can read into that. Do people know the names and type of people who are in those positions at the other online NJ companies? I know a few from WSOP.com, but I bet, unlike Ultimate Poker’s top guys, it would be very hard for anyone to know who is in charge of customer service at 888, Borgata, and that’s just the poker sites…what about BetFair, Golden Nugget, Virgin, Harrah’s…..

I’m not necessarily on Ultimate Poker’s side here (although I love rooting for the underdog; a company who is using its own software ((yes, it needs to improve, but it hasn’t had the luxury of X years operating illegally in the US)) and doesn’t have a true land-based casino partner in NJ).