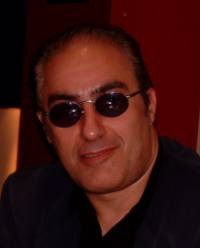 Not “Poker Father of the Year”: Tony “The Hitman” Hakki has managed to avoid paying child support from his poker winnings via the latest UK court ruling (Image: hendonmob.com)

And the latest award for giving poker players a bad name goes to… Tony “The Hitman” Hakki! The stockbroker-turned-poker player (not a real hitman) from the UK won a legal battle in the Appeal Court recently, exempting him from having to pay child support with his poker winnings, because his income doesn’t amount to “gainful employment”.

The ruling follows a four-year dispute with hairdresser Devrise Blair, the mother of Hakki’s children, who argued that gambling was a profession similar to that of a professional sportsman, and therefore Hakki should be liable for the welfare of his kids. A previous judgment ruled in favor of Blair, declaring that Hakki was a “self-employed earner,” but the Appeal Court, presided over by three judges, overturned that ruling, deciding that, ultimately, Hakki just wasn’t good enough to deserve the epithet “pro”.

Summing up, Lord Justice Longmore said: “(Mr Hakki) is a professional poker player in the sense that he supports himself from his winnings at poker. He declines to support his children and the mother has made an application to the Child Support Agency for an order that he pay child support maintenance. He opposes the application on the ground that his poker winnings do not constitute ‘earnings’ from gainful employment. On the facts found I do not consider that it can be said that Mr Hakki had a sufficient organization in his poker playing to make it amount to a trade (or a business) let alone a profession or a vocation.”

“The Hitman’s” Hits and Misses

A well-known figure on the UK poker circuit since the mid-nineties, Tony Hakki took to playing full-time after being made redundant from his well-paid job as a stockbroker in 1998. According to thehendonmob.com, he has a total of $186,648 in live tournament earnings since 1994, largely from low-to-medium buy-in tournaments, although he has not cashed in a live tournament since 2012. His biggest score was $47k for his first place finish at the PLO event of the British Poker Open in 2001, and his most successful year to date was 2005, when he grossed $56,088.

In 2002 he made the Grand Final of seminal UK poker TV show “Late Night Poker“, finishing sixth overall for $ 5,479. He is currently ranked 390th on the Hendon Mob’s list of UK all-time money winners. However, Hakki is primarily a cash game player and so it is difficult analyze his income from tournament winnings alone. The court heard that he has not worked since being made redundant in his late forties and is described in the judgment as “not a man of independent means.” The court did not divulge any further details of the relationship between Hakki and Blair, or how many children are involved.

What baffles me is that he’s not wanting to pay support?

Certainly doesn’t help poker hearing stuff like this and he sounds a selfish man.