Online poker in the UK is losing ground to other forms of betting, according to the most recent annual report from the UK Gambling Commission. 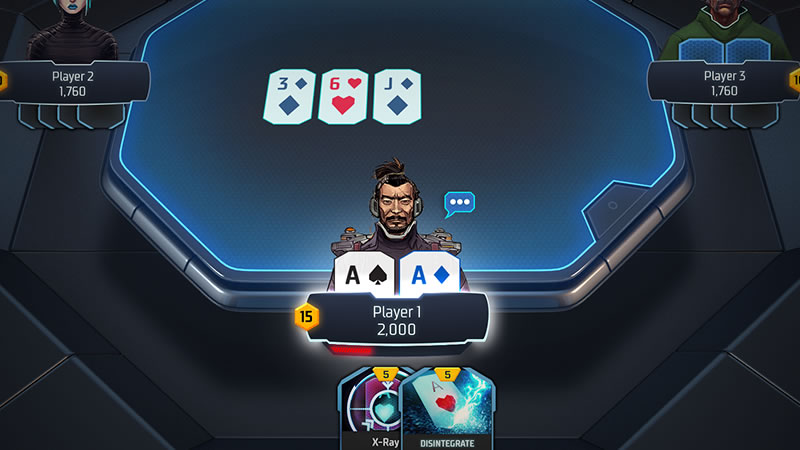 Games such as Power Up could become more common as online continues poker loses ground to casino gaming. (Image: PokerStars)

Publishing revenue, participation, and employment data for the period from April 2016 to March 2017, the UKGC noted that online poker made £101 million ($136 million). That contribution represented just over 5 percent of casino gaming’s gross gambling yield (GGY) of £2.6 billion ($3.5 billion).

The gulf between poker and other betting activities is increasing. Online slots generate $2.2 billion in the past fiscal year. Sportsbetting added $2.5 billion to the UK gambling industry.

A 10.1 percent year-on-year increase in GGY is positive for the UK online gambling industry, but the stats suggest poker as we know and remember it will continue to play a less and less significant role in the overall gaming landscape.

For players already unhappy with the direction sites such as PokerStars have taken in the last two years, the report shows that, in the UK at least, it will be more of the same.

Blurring the lines between casino games and poker has become integral to many major poker site’s operational strategies in recent years. Fast-fold poker was an early move towards an environment that made it easier for newbies and casual gamblers to enjoy the game.

Over the years, operators have introduced a plethora of innovations (and restrictions) to help make online poker more appealing to recreational players. Such changes have included a ban on tracking software, and eliminating the ability to choose where one’s seat at cash tables, making it tougher for skilled grinders to prey on inexperienced players.

While these changes have sparked a certain amount of consternation from players, they appear to be rational from a business perspective. If online operators are going to attract new players, then they have to appeal to their desire.

From the UKGC’s latest report, those desires appear to center around high-octane games that offer large jackpots and more of a gambling element.

Although the UKGC’s stats are just a snapshot of a single country’s betting activities, the UK is one of the most important regulated markets in the world. And if figures across the globe show similar patterns, it could mean more crossover-style gameplay innovations in 2018 and beyond.

OK – I am guilty on this as I have found the Spin and Go’s easier to handle than the tourny’s – even if they are low buyins. I can play a quick game , and if I need to go do something – like cook , I can finish a game quick and tend to whatever in the kitchen etc.
I don’t like the Power Up in Poker Stars , nor will I resort to playing slots online for money. That is a boring game , with nothing to keep my mind working. Just no challenge to it.
( having said that , I will now need to play slots in this months challenge !)
I can see where the slots are becoming popular for people who can’t be bothered to learn poker , whether it is how or the rules …. too much time involved for the younger people living in the fast lane.