Gambling in the UK is now enjoyed by almost half of the population according to a study published on February 28 by the UK Gambling Commission (UKGC). 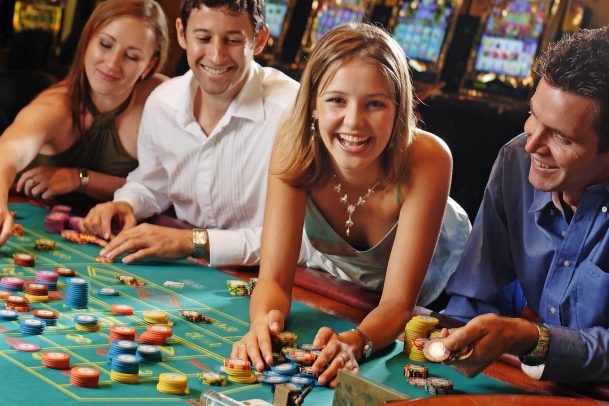 UKGC statistics show that almost of half of the UK now gamble and more females than ever are anteing up. (Image: brashgames.co.uk)

Continuing its mission to review, refine and regulate the betting industry, the UKGC’s study took into account all forms of gambling a found 48 percent of respondents had “gambled in the past four weeks.” In addition to being a 3 percent increase on 2015’s total, the report identified an upswing in the number of people betting via their mobile devices.

In line with the mobile gaming industry as a whole topping more than $36.9 billion in revenue last year according to Newzoo, iGaming participation increased from 33 percent to 43 percent.

Additionally, people who gamble online are now likely to have an average of three accounts, which suggests players are willing to take advantage of increased betting options.

People Are in Favor of Individual Rights

As well as collecting data regarding player’s betting habits, the UKGC study also looked at the public’s perception of gambling and gamblers.

Although 78 percent of respondents felt that there are too many gambling opportunities, 67 percent believe that people should have the right to gamble whenever they want.

Commenting on the result, the UKGC said that access to this data was a vital part of its quest to improve the gambling economy in the UK and, moreover, make its services an example for the industry at large.

“Effective protections come from strong evidence. Our research puts us in a powerful position to better understand the needs of gambling consumers,” said UKGC program director James Green in an official press release.

Female Betting Participation is on the Up

Perhaps one of the most interesting findings from the report is that more females are now placing bets. Although participation statistics across the board drops when the National Lottery is removed from the analysis (overall figure drops to 33 percent), 44 percent of women gambled within the last 12 months.

In poker, there has been a study increase in female players over the last decade and this seems to be translating into betting activity as a whole. Female pros such as Liv Boeree and 2017 American Poker Awards Female Player of the Year Award Cate Hall have helped inspire more women to ante-up.

Extending this idea to the gambling industry as a whole, the influence of women in poker could be helping raise participation in other forms of betting.

As operators like PokerStars continue to merge poker with casino and sports betting, many of their marketing efforts are now aimed as casual consumers.

Seeing women playing poker and then seeing the game’s links to other forms of gambling could be a reason why we’re now seeing more women in the UK anteing up.