UK Gambling Act Challenge by GBGA Shot Down by Courts 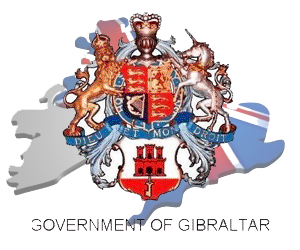 The Gibraltar Betting and Gaming Association (GBGA) legal challenge of the UK Gambling Act has been rejected in court. (Image: casinoscamreport.com)

The UK Gambling Act was set to go into effect on October 1 until a last-minute legal challenge from the Gibraltar Betting and Gaming Association (GBGA) brought proceedings to a screeching halt. After being set into motion late September, the Royal Courts of Justice in London decided to reject the challenge on Friday, October 10.

The conditions of the UK Gambling (Licensing and Advertising) Act required any operators providing services to players in the UK to be licensed by the Gambling Commission. Operators would also have to pay a 15 percent “point of consumption” tax on any profits made from any UK operations.

Under the conditions of the Act, remote operators not physically located in the UK would definitely feel the impact. With the legal challenge rejected, implementation of the UK Gambling Act will now occur as rescheduled on November 1.

Online gaming sites such as 888, Ladbrokes, bwin.party, William Hill, Betfair and more are all likely recognizable names to players in the UK. Being based in Gibraltar, all these remote operators are represented by the Gibraltar Betting and Gaming Association (GBGA) while also receiving tax advantages the country offers.

Because of the 15 percent tax from the UK Gambling Act, the companies represented by the GBGA felt that an unfair advantage would be given to UK-based operators. The legal challenge was made on the grounds that the Act was “illegitimate, disproportionate and discriminatory interference with the right to free movement of services guaranteed by Article 56 of the Treaty of the Functioning of the European Union.”

The Royal Courts’ two-day hearing took place at the end of September. The UK Gambling Act’s implementation was delayed to November after Justice Nicholas Green revealed his decision would not be made in time for the planned October 1 date.

Green ruled that the GBGA failed to prove that the Act was unlawful under UK or European Union (EU) law. He felt that the UK government had addressed and considered any issues when creating the new regulations. Green believed there was no reason to think the Act would be harmful to operators in Gibraltar, nor would it strengthen unlicensed operators and harm consumer protection, another primary argument of the GBGA.

The GBGA’s “passport” idea was also rejected by Green, due to its inability to fulfill the goals of the Act “without significant bureaucracy or extra cost.” Because Gibraltar is not a full member of the European Union and there is a restriction on trade between the territory and the UK, Green declared the Act was not a breach of Article 56.

“There are no errors or flaws in that logic or in the procedures which led to the adoption of the final policy conclusion,” said Green. “This, in my judgment, is a clear-cut case.”

After Green’s verdict was announced, the GBGA spoke out about its disappointment with the ruling. Despite the loss, the GBGA has no plans to appeal the verdict, but still shows concerns over what the Act means for operators outside of the UK and European Union.

“We maintain this law is not in the best interests of consumers, the industry and the regulator itself and that there are more effective ways of dealing with the challenges of regulation and competition in this sector,” said a spokesperson for the GBGA.