UFC fighter Braga Neto has turned a dose of bad luck into a $4,000 poker win after making it to the final table of a live tournament event in Brazil. 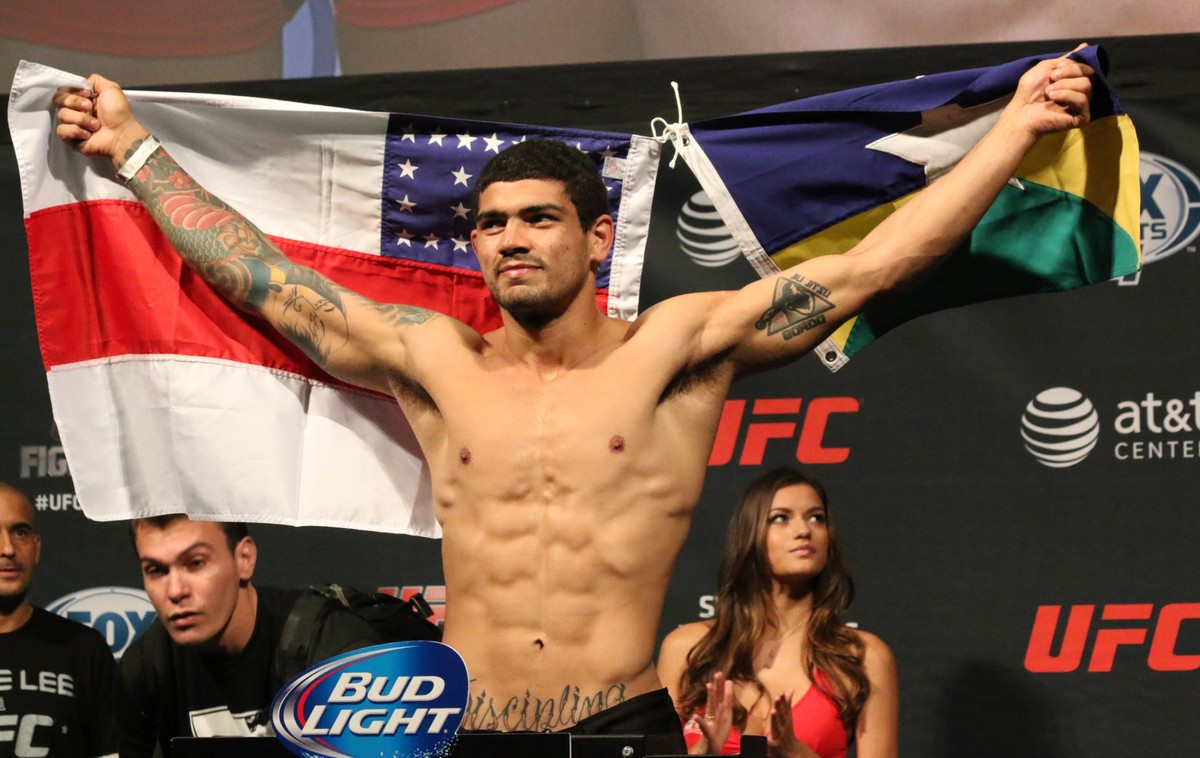 MMA fighter Braga Neto seen here at a UFC weigh-in has turned a missed flight into a $4,000 payday. (Image: sportv.globo.com)

As reported by MMAFighting.com, the 30-year-old grappling expert was due to fly to Florianopolis, Brazil, ahead of his UFC Lincoln fight in August, to make some extra money teaching jiu-jitsu classes. After missing his scheduled flight and then being late for his second attempt, the Brazilian decided to drive to the seminars he had planned.

A few hours into his 700-mile trip from Rio de Janeiro, Neto decided to take a break in Sao Paulo. Despite intending to sleep, the poker enthusiast jumped into the $80 Big Chance event at the H2 Club casino.

With an $80,000 prizepool and 1,586 runners, the professional fighter had to bob and weave his way into contention. Eventually, however, he came up short but still managed to take home $4,000 after finishing fifth.

Although it was a relatively small win in poker terms, the prize money was more than the cash on offer at the recent BJJ Pro IBJJF Championship. Taking part in the Jiu Jitsu tournament just a few days after his poker win, Neto went out in the first round but would have only win just over $1,000 had he grappled his way to the top of the podium.

Speaking to MMM Fighting’s Guilherme Cruz about his poker exploits, the Team Nogueira fighter said that he’s planning to reinvest the money into his online shop and poker. In fact, when he was forced to take time away from MMA because of injuries, Neto used poker as a way to make a living.

“Poker was a way I found to make money. That’s what saved me in those years when I haven’t fought,” Neto told Cruz during a 2017 interview.

Poker and MMA: An Unlikely Pairing?

Poker and MMA have developed something of an unusual bond in recent years. As well as pro fighters such as Martin Kampmann, Dan Henderson and Colby Covington taking to the felt, a number of poker pros have gone in the other direction.

In 2016, high stakes stars Olivier Busquet and JC Alvarado competed in an MMA, while Andrew Robl has been training in the sport for the last few years. Of the poker experts to step into the cage, Terrence Chan has been the most successful.

The back-to-back Spring Championship of Online Poker (SCOOP) winner has had four professional bouts since 2012. After picking up wins over Alex Lee, Joco Mabute and Vaz Lep, the 37-year-old suffered his first loss to Keegan Oliver in 2017.

beginner luck, even playing without pressure always gives good results, now we will see many more active pokeronline, although I think he must have played well because not all hands ace has won, also requires knowing how to play, I am sure that many fighters will follow his example of going to try a bit of luck in a poker tournament, hopefully luck will continue to favor it and we will see it at some final table in the coming months

From his comments it appears that Braga had been playing poker probably beyond just recreational level in the past. I’m not saying he is a pro, just that he had used poker as a means to supplement his income when he didn’t have fights.

Playing poker can be mentally exhausting. Even tho poker and MMA are completely different sports, they both require extremely high levels of mental focus and discipline to be successful.

Is it possible that his MMA training could have helped him sharpen his poker game, or is there no correlation what so ever and it was just random luck?