Phil Hellmuth may have won more WSOP bracelets than any player in history and have more than $22 million in live tournament earnings, but at least one Uber driver thinks he’s cheap. 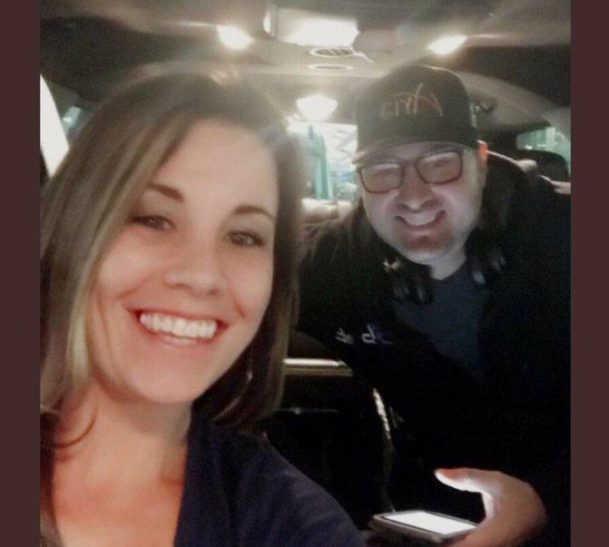 According to the driver, Hellmuth not only had a bad attitude during their trip, but also didn’t tip. She posted a smiley selfie with the poker pro to a Facebook group called “Uber and Lyft Drivers Breakroom.” The group is a closed group with more than 25,000 members, with whom she shared the following story about their trip to the airport in an undetermined city:

“Bring this dude to the airport – acts totally privileged – ordered XL just for him – had heat blasting and interior light on the whole time – one phone whole time talking about his million dollar book deal – leaves his garbage in my car – chips, water and poker paperwork – not even a $1 tip like ok if I was a poker star I woulda tipped you!!!!” She punctuated her text with an orange, angry-face emoji.

Since Uber drivers don’t carry or accept cash, customers can send their driver a tip using the Uber app up to 30 days after their journey. But Uber does not condone tip shaming, either, so that could lead to bigger problems for the driver if the Poker Brat were to choose to make it an issue.

The incident has generated a buzz among the poker community.For Daniel Negreanu, Hellmuth may have one of the biggest egos in the game, but he’s always been generous in his experience.

“You can accuse @phil_hellmuth of a lot of things, but being cheap isn’t one of them from my experience. He has always been generous as far as I know.

Is his ego massive? CHECK!
Is he cheap? NO.”

Doyle Brunson echoed Negreanu’s sentiments, with @TexDolly quick to pour scorn on those that saw the incident as a chance to smear Hellmuth’s reputation.

“Most folks are jealous of @phil_hellmuth. So, they make fun of a dedicated professional. Yes, he has a giant ego and does and says ridiculous things sometime, but overall he is next to @RealKidPoker as the best ambassador that poker has,” Brunson tweeted.

As for others, the situation was more amusing than anything else. In fact, some think could have been a bluff designed to get some well-timed exposure for his new book, #POSITIVITY.

According to the tagline of his latest creation, “you are always at the right place at the right time,” so we know Hellmuth will be more than happy to capitalize on his public Uber mishap.

He likes this banter, he sets the fire,and encourages those with courage to flame it up. He reminds me of those stupid fighters at weigh in starting sh!t, who doesn’t like to see them knocked out by someone with restraint and equal ability. Screw Uber’s no shaming policy on tipping, all bets are off when you have to absorb his bs.

Uber should ban him, others should follow suit. Make an example out of this ass, and send that nice driver with the discipline to get him to his destination and not toss him on the road, a weekend holiday at her choice destination. Oh the pros chimed in whoopty doo, who cares what they think, well he’s a poker ambassador oy vey. If there is reincarnation hopefully he’ll come back as a mute for all eternity.

that uber driver probably took his language the wrong way , so be it , then was probly neg towards him and no wonder NO TIP, suck it up ,play his game compliment, and get the big rake==CASH TIP