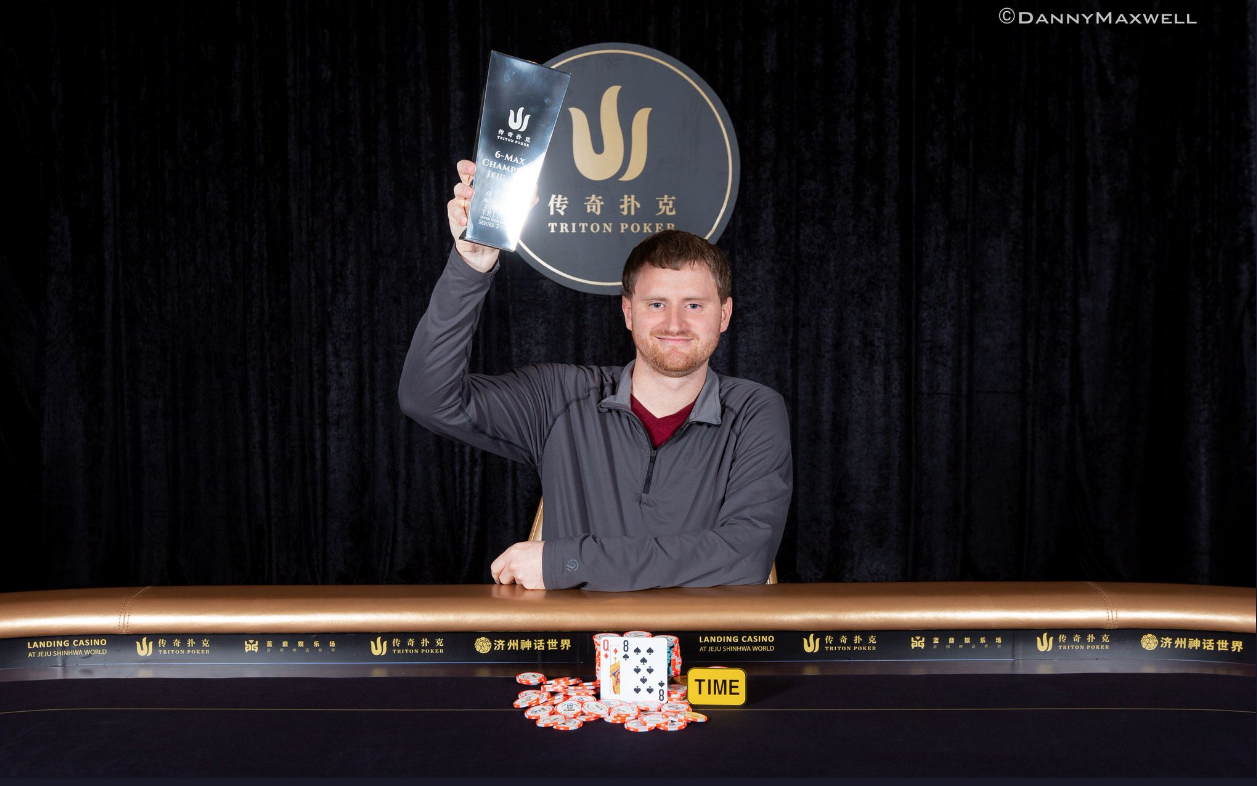 David Peters was definitely playing with a full deck when he won more than a million US dollars in the Triton Poker series in Jeju, South Korea. (Image: Danny Maxwell/Triton Poker)

With Justin Bonomo sitting this series out, other players have an opportunity to win one, or more, high roller events.

Lamb, another top high roller and a two-time WSOP Main Event final tablist, was also playing in his first short-deck tournament. Not bad for a couple of first-timers.

“Always really grateful for a win,” Schulman said after taking his winner’s photo. “I’ve been going at it a long time, and I’ve had my share of ups and downs, so I am used to the swings. Grabbing a win feels great. I am very happy and thankful for it.”

On the final hand of the tournament, he set a trap on the river with a straight against Steve O’Dwyer, who was holding top-pair. O’Dwyer shoved all-in and Peters instantly called to finish off an exciting heads-up match between two of the winningest players in poker history (Peters remains at 14th and O’Dwyer moves up to 11th).

There are three remaining events on the Triton Super High Roller Series schedule, including the HKD $2 million ($254,850 USD) Main Event which begins on Aug. 1.

Glad to see David Peters bag another one event! This short-deck version, I just wonder when it will penetrate also online??? Then we will have to learn how to play it …