Op-Ed: Triton Million Will Have a Lasting Positive Impact on Poker Community

What a week for the game of poker and it’s not even World Series of Poker season. The Triton Million – the most expensive buy-in poker tournament ever – was a treat for hardcore and recreational poker fans. And I believe the historic event will have more of a lasting impact on the game than you probably realize. 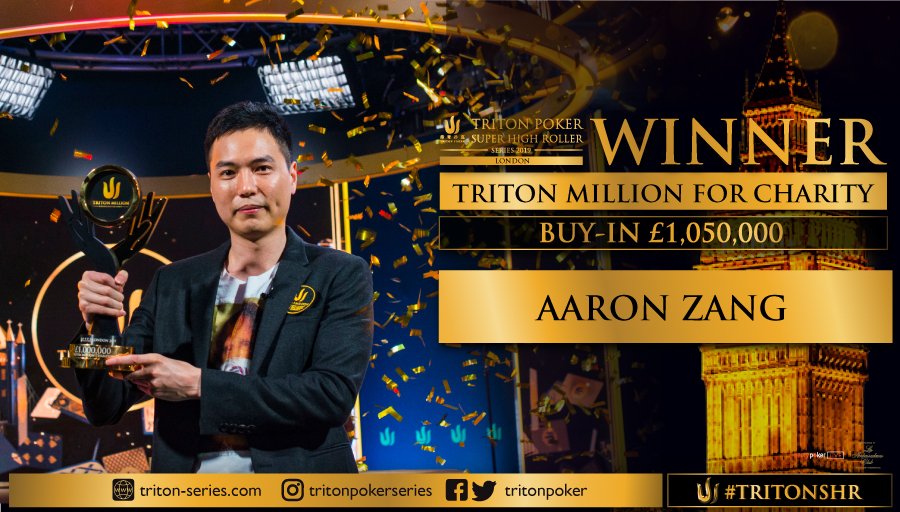 Before I get into why the tournament was so special, I need to give a shout out to Paul Phua and everyone else who runs the Triton Super High Roller Series. Folks, if you haven’t yet caught any of these events, you absolutely must. They are a treat to watch due to the mix of unimaginably high stakes, phenomenal commentary, production quality, and of course the incredibly skilled pros and recreational players competing.

The current series in London runs until August 8. So, you still have a few more days to catch some of the high roller action.

On Thursday, 54 players forked over a record £1,050,000 to compete in the Triton Million, a high roller tournament in London that intentionally evenly mixed recreational players with top pros. Poker legends such as Tom Dwan, Justin Bonomo, and Bryn Kenney battled against 27 amateurs including Bill Perkins and Al DeCarolis.

After three days of action-packed poker in front of a live-streamed audience on Twitch and PokerGo, one of those recreational players – Aaron Zang – came out victorious after pulling off a sick rally to defeat Kenney heads-up.

Commentators Ali Nejad and Nick Schulman didn’t declare Kenney the winner before it ended. But when the match began with Kenney holding a 6.5-1 chip advantage, they clearly weren’t confident in Zang rallying to defeat such a talented pro.

Yet, less than an hour later, Zang took down the most expensive buy-in tournament in poker history. But he actually wasn’t the biggest winner. During heads-up play, he agreed to a chop which awarded Kenney £16.8 million of the £30.67 million the two players unevenly split.

Best Poker Event of the Summer?

The 50th annual World Series of Poker recently concluded its record-setting summer. Each year, the WSOP hosts the most exciting tournaments. Well, maybe not this year. That’s open for debate as the Triton Million was quite a memorable event for numerous reasons.

First off, the action was great from start to finish. We saw so many big hands literally from the first hour on August 1 until the final hand on Day Three. An hour into the tournament, Tom Dwan played an all-in pot with the nut flush draw but couldn’t hit against Timofey “Trueteller” Kuznetzov and was quickly out £1.05 million.

But it wasn’t just the exciting play that made the Triton Million so entertaining. The commentary was top-notch for three days. CardsChat’s Jeff Gross, Randy Lew, and Twitch G.O.A.T. showed great chemistry behind the mic. And, as always, Nick Schulman and Ali Nejad were a nearly flawless pair during their time in the booth.

I can’t praise the Triton Million enough. But there is one side to the tournament – or any high roller, for that matter – that does bother me a bit, and I’ll start with the Kenney versus Zang heads-up match.

In my opinion, there’s something wrong with the champion winning a couple million less than the runner-up. The winner of any poker tournament should take home the biggest prize or, to me, it diminishes the title.

A better suggestion for Kenney and Zang would have been to agree before heads-up play began to chop £29.67 million of the money evenly and then the winner would receive an additional £1 million. I get the value of an ICM chop when playing for such large sums of money as it decreases risk, but it also makes for a meaningless heads-up match. ESPN poker commentator Norman Chad shares those sentiments.

Only poker can take a big moment – largest buy-in ever – and screw it up.
Second place earns more than first place!
What a concept for the public to digest!

Reminds me of that Wimbledon final in which Federer & Nadal, after 4th set, split the prize money & played for the title.

That isn’t my only issue with high roller events such as Triton Million. Many of these players only risk a small portion of the buy-in and swap action with other players in the tournament. When everyone in the tournament has a piece of others, it’s impossible to avoid collusion.

I love the World Series of Poker. The series has so much prestige and the atmosphere at the Rio in Las Vegas is unmatched in poker. But the summer is often full of drama, players complaining about anything and everything, and quite a bit of negativity on social media.

It often feels like the poker community is at war with each other during the WSOP. I didn’t get that sense during the Triton Million. Twitter was instead full of positivity. Players gushed over the commentary and how it was such a well-run event. It was such a breath of fresh air.

What an absolute pleasure it was to watch @tritonpoker stream the last three days.

Congrats to Zang and Bryn both.

Really good moment for poker in every way.

If you missed it, you can catch the reruns @PokerGO

I’m jonesing to get back in the ring!

Congrats to @tritonpoker for putting on such a great event. Amazing execution.

Would be great if the Triton powers that be could work w/ media outlets outside poker to publicize the event, the massive 1st prize, the $$$ to charity & big winners now.

Wanna day thanks so much to @tritonpoker for running the best event of all time. Incredible job and happy to be a part of history

We need more events such as the Triton Million to help grow the game. Sure, you can’t have regular seven-figure buy-in events. Pros would never be able to afford to compete in those tournaments more than once every year or two.

But the poker community desperately needs more positive events that bring out the top players and best commentators. It sure would be nice if the next Triton Million were televised on ESPN, however, but that’s another topic of discussion I’ll save for a different day. For now, let’s all just celebrate the excitement we just witnessed the past few days.

Hi, it was a great tournament. I really liked how it was transmitted. the interface that was in the transmission, as the photos of the players looked, the information of the hands they were facing, showed the value of the chips, the transmission was very attractive. There was a lot of action. I think it’s an epic tournament. In my opinion, this tournament would have to be held every 4 years, because the buy-ins were too high. Very happy that there was presence of the Cardschat community in the tournament. Congratulations to Jeff Gross, Randy Lew and Twitch Goat. They represented us very well.