Cups Raised and Tributes Paid as WPT UK Gets Underway

The World Poker Tour’s (WPT) latest jaunt to the UK is drawing the game’s good and great to Nottingham’s Dusk Till Dawn card room this week. 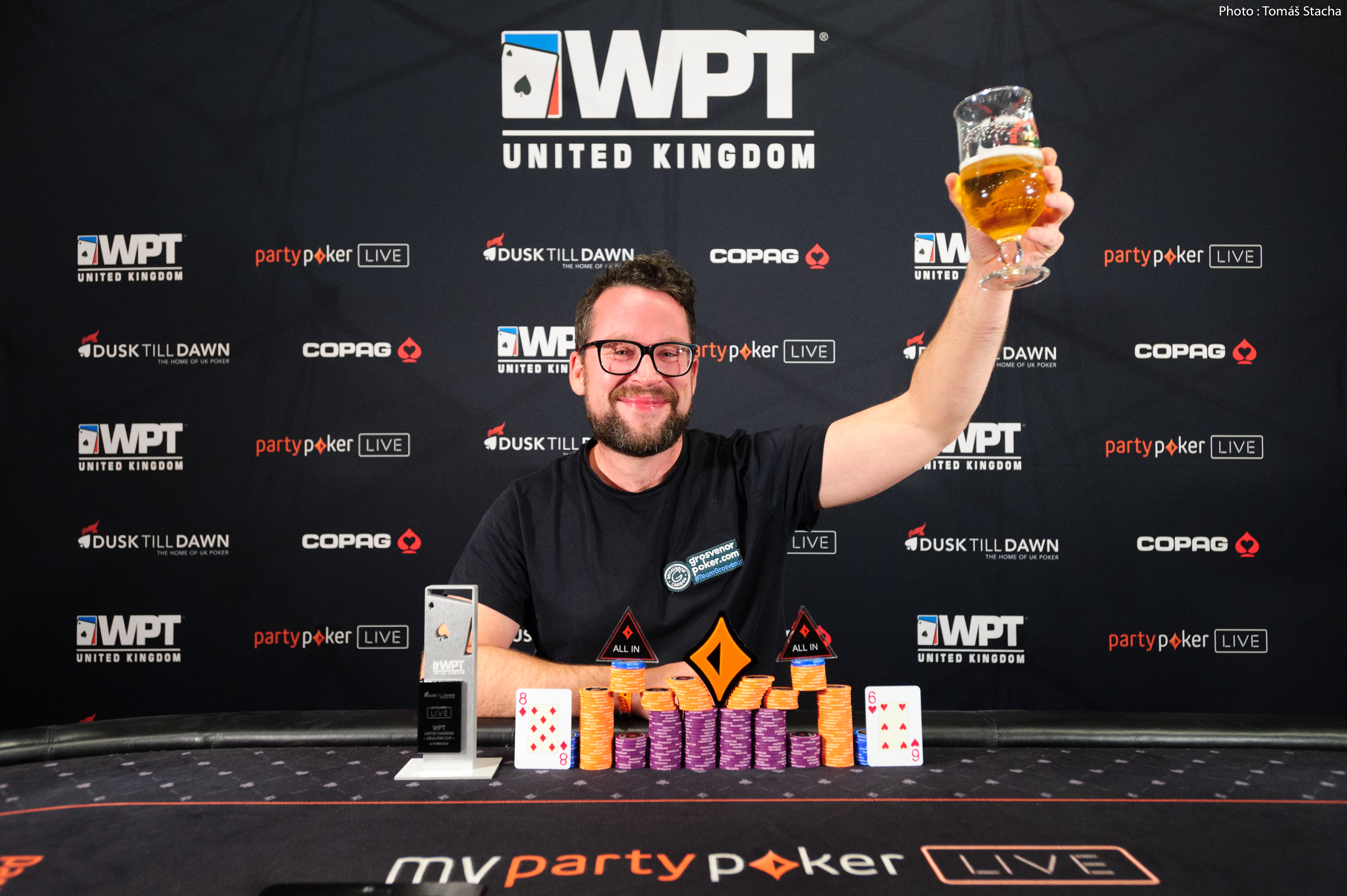 British pro Richard Trigg was among the big winners at WPT UK after lifting the Devilfish Cup. (Image: WPT/Flickr/Tomas Stacha)

Packing seven events into 10 days of play, WPT UK has already witnessed the best local talent rise to the top.

With 196 entrants guaranteed a return on their investment, there was everything to play for as the cards flew.

Making it deep, but not quite deep enough, were some familiar faces on the UK circuit. Paul Jackson, most famous for his incredible hand against Phil Ivey in 2005 (see video above), was among those vying for the title.

Also running deep was Triple Crown winner, Niall Farrell. Despite making the money, neither pro could challenge Jack Hardcastle for the top spot.

Starting the final table in a strong position, Hardcastle was able to stay out of trouble as four players fell by the wayside. With just five left, a deal was struck, giving everyone a chip-based cut of the prize pool.

With $10,000 an a WPT title still on the line, business was far from over at the restart. As his tablemates took their foot off the gas, Hardcastle stepped on it.

As those around him fell away, the young Brit maneuvered himself into a strong position. Those moves paid off, as it took just a few rounds for Hardcastle to oust Tom Deane, and collect his largest-ever live tournament score.

As Hardcastle closed out the opener, Richard Trigg was joining those paying homage to Dave Ulliott, aka the Devilfish. One of poker’s most inimitable characters (see video below), Ulliott passed away in 2015 after a brief battle with colon cancer.

In honor of the British pro, Dusk Till Dawn, Partypoker Live, and the WPT created the Devilfish Cup. Costing $5,300 to enter, the event was a chance for entrants to win some cash, and raise money for two good causes.

As expected, many of Europe’s top pros turned out for the three-day showdown. By end of Day 1, Russia’s Niko Koop topped the chip counts, just ahead of Ulliott’s close friend, Barny Boatman.

By the end of Day 2, there was change at the top as Trigg seized the initiative. Riding that momentum, he went into the final day as the man to beat.

Already a well-established player on the world scene, the Englishman cruised through the finale. With six-figure sums on the line, Trigg struck a deal with Paul Siddle, but ultimately wound up taking the trophy.

Speaking after the fact, he said the win was one of his most memorable, as Ulliott was one of the reasons he got into poker.

With the money already flowing, attention now turns to Day 2 of the WPT UK Main Event, which gets underway on October 4.