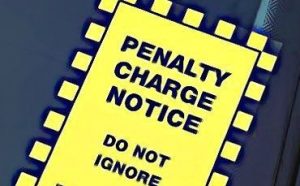 PokerStars’ could be blocked from a newly regulated Californian iGaming economy for ten years if the state’s tribal coalition gets its way.

The long running debate over bad actors (sites active in the US post-UIGEA) reared its ugly head again recently after a tribal coalition indicated that such sites should be excluded for ten years.

In addition to a decade-long block, the coalition wants bad actors to pay $60 million to the state’s proposed Internet Gaming Enforcement Fund before they’re given a license.

While the idea of imposing a penalty on bad actors is one that California Assemblyman Adam Gray has already proposed in his online poker bill (AB 2863), the coalition doesn’t believe $20 million is enough.

No Agreement, No Deal

Outlined in a letter to Gray (a copy of which was obtained by Chris Krafcik), the coalition states that it acknowledges Gray’s efforts to resolve the bad actor issue, but wants to see further amendments before it will give AB 2863 its blessing.

Citing Nevada’s five-year ban on bad actors as a precedent, the coalition believes its proposed amendments are not only reasonable, but necessary.

“Essentially, all of the primary purposes of your measure will be maintained with our amendments. The sole change will be that those who operated illegally in the past will face clear consequences for those actions,” wrote the coalition.

According to members of the tribal coalition, bad actors such as PokerStars would have an unfair advantage because their database would contain player details obtained post-UIGEA.

This, as implied by the letter, is the coalition’s primary concern and, importantly, a concern it isn’t willing to overlook.

“Regrettably, if these amendments are not accepted, we must continue to strongly oppose further movement of AB 2863,” read the letter.

At the end of June many expected California’s online poker bill to be voted on by the Assembly. However, a last minute change meant it never made it to the floor, which means it will now have to wait until July 31st before it gets another shot at a vote.

Many believe that the ongoing dispute over bad actors is the reason for the missed opportunity on June 15th and the latest letter to Gray seems to confirm this theory.

The battle to regulate online poker in California is one of the longest running in the US and at the heart of the matter is PokerStars.

While there are other sites that could fall under the definition of “bad actors,” PokerStars is by far the most prominent and, in essence, the site that would become the largest player in California.

Naturally, the seven tribes opposed to bad actors are only attempting to protect their own interests. Unfortunately, in doing so they’re also harming the plethora of poker players that simply want to play online in California.

WOW!! So now lawmakers are allowing the tribes to basically extort competition? First the horse-racing industry, now this? Just…wow.