Jurors heard opening statements on Monday in the trial for a 2014 murder that took place during a poker game near Houston. 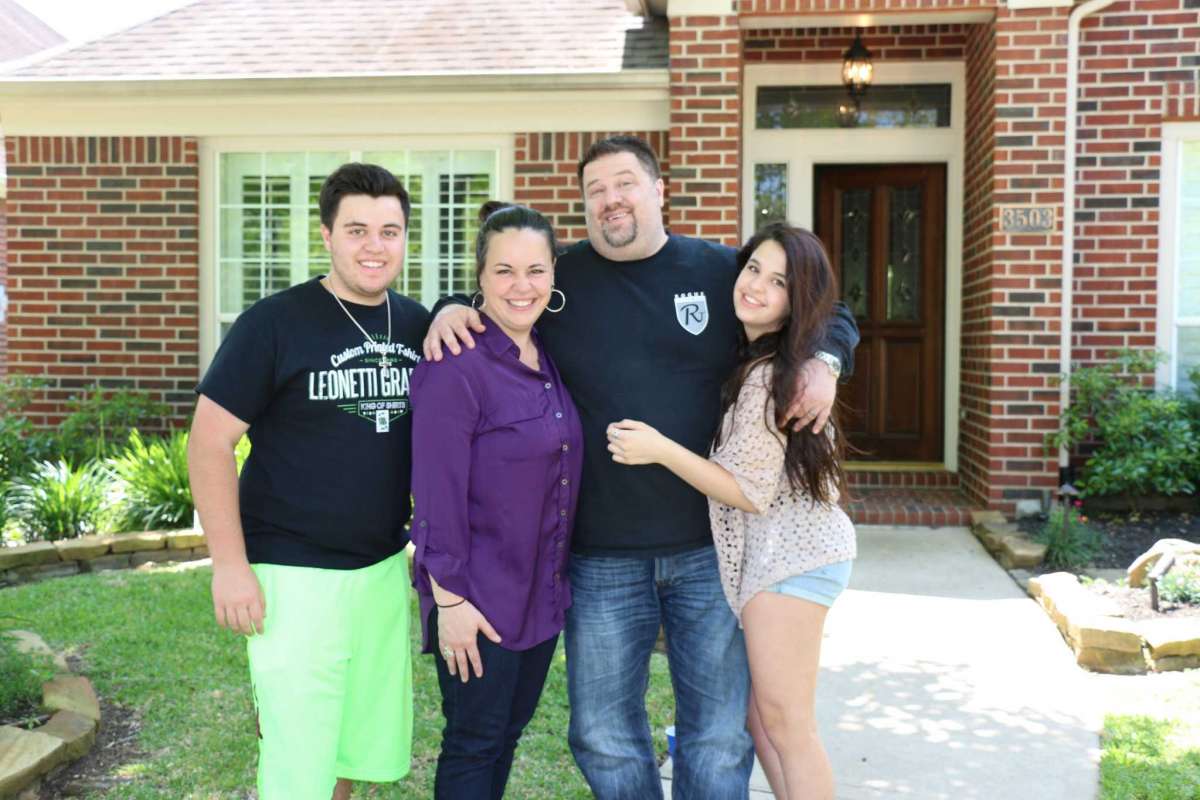 Donald Leonetti, photographed here with his wife Jennifer and two children, was killed on July 17, 2014, during the robbery of a private poker game. (Image: Family Photo)

Defendant Eric Norris appeared in Fort Bend County Court on Monday, where he faces a charge of capital murder, punishable by death or life without parole if convicted.

The trial concerns the murder of Donald Leonetti, a man who was known as the “King of Shirts” because of his popular local t-shirt printing company.

On July 17, 2014, the 45-year-old was taking part in a private poker game inside a Stafford shopping center with about a dozen other people when two masked men with rifles broke into the room. According to police, the two men stole about $20,000 from the players.

At some point during the robbery, at least two shots were fired. Chuck Olson was injured by one of the shots, while Leonetti was killed by another when he walked in on the robbery and tried to stop one of the gunmen.

Two weeks after the attack, police arrested Norris and charged him with capital murder, identifying him as one of the two attackers. Initially, the trial was expected to take place in 2016. However, it was delayed while prosecutors appealed a decision from District Judge Brady Elliot that prevented them from using most of the evidence they had stemming from questioning that took place on the day of Norris’ arrest.

That appeal was ultimately successful, allowing Norris’ 6-and-a-half hour statement to police to be admitted into evidence. That statement will likely be critical in making the case against Norris, as prosecutor Thomas Pfeiffer referred to it during his opening statement.

“The defendant confessed to this offense twice,” Pfeiffer told the jury.

Norris also had the opportunity to take a plea deal in 2016 that would have seen him plead guilty to first-degree murder, giving him the opportunity to become eligible for parole after 30 years, though he turned down that option.

Norris has maintained his innocence since the time he was arrested.

“I don’t know why I’m in here,” Norris told ABC 13 in Houston at the time of his arrest. “Me and my family know the truth – that I’m innocent. I had nothing to do with it.”

Police say that information gathered on the getaway vehicle used after the robbery – which may have captured on a security camera from a neighboring business – helped them finger Norris as one of the two masked men. To this day, the 28-year-old Norris is the only person who has been charged in connection with the murder.

When police began investigating the robbery and murder, there was no need to probe the poker game itself. Texas law allows for real money poker to be played, provided that there isn’t a host making a profit on the game, and police say they don’t believe that the game in question was violating those laws.

Those rules have led to a proliferation of poker clubs in Texas, some of which appear to be on firmer legal ground than others. The World Poker Tour recently held its first event in the state, with WPTDeepStacks Houston being hosted by the FreeRolls Poker Club in late September.

The crime of homicide is undoubtedly the most violent of all crimes. At the time they killed a man who was playing poker and had no ties to the world of crime as the report says.
In Brazil this is a type of crime that occurs every hour in the state of Rio de Janeiro and is most often linked to drug trafficking and domestic violence.
In the case of the United States where the laws are more rigorous the penalty may be death or perpetuation, this differs a lot from Brazil that on average a murderer gets 8 years of seclusion.

Very sad news, unfortunately the family is suffering with loss of a relative, I hope the case is resolved and that the culprit is penalized, unfortunately we humans are subjected to this kind of unpleasant situation. To the relatives of the victim, my fears.