Poker player Travell Thomas’ legal woes, which include facing criminal charges of fraud while claiming his prosecution by US Attorney for the Southern District of New York Preet Bharara is “racially motivated,” continue. But Travell and his legal team are fighting back, refusing to back off his claim of innocence, and of having been targeted for prosecution due to his race. 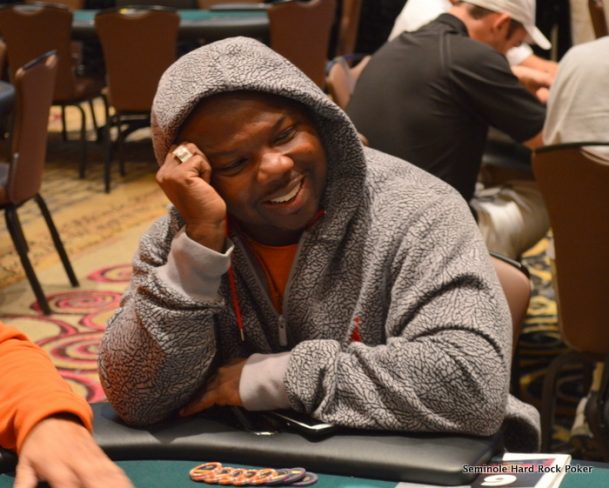 Thomas is adamant he has done nothing criminal.

“I am innocent of all charges as my attorney said before,” Travell said, when reached by CardsChat late last week. “Any monies paid to our company was owed. Only two [similar] cases have been prosecuted, out of 42. Look it up, solve the case, you will be famous.”

Thomas, who is a former World Series of Poker Circuit ring winner, was arrested late last year for allegedly participating in what Bharara, the man responsible for poker’s Black Friday, called “the largest fraudulent debt collection scheme ever to be prosecuted.”

According to court papers, Thomas has pled not guilty to the “conspiracy to commit wire fraud” charges against him. He argues that his situation, which would traditionally be handled by the Federal Trade Commission (FTC), should not be criminally prosecuted.

Thomas, who is named as co-owner, president, and CEO of a debt collection company, is one of fifteen defendants cited in an allegedly coercive debt collection scheme that took in more than $31 million from 2010-2015. According to Bharara’s office, Thomas and his associates tricked victims by stating they were affiliated with local government and law enforcement agencies.

Last October, the Department of Justice released a press release on the matter.

But the poker pro’s defense team believes the FTC should be the ones handling the matter, not the criminal justice system.

“Violating the FDCPA [Fair Debt Collection Practices Act] is not a crime, but a civil violation, that the FTC is the federally designated agency to prosecute any alleged violations of the FDCPA,” Thomas’ attorney, Scott F. Riordan, said in court papers. “For these reasons, the Indictment must be dismissed for failing to allege a crime and for lack of jurisdiction.”

Given that the chances of an outright dismissal are slim, Riordan has also filed a series of motions, including those for discovery, to help him prepare his defense. The motions seek to strike language from the indictment, suppress evidence, and contravert search warrants.

“Rather than requiring the accused to guess about other types of documentary information or evidence which has been collected in connection with the case or which might be material to the preparation of the defense or may be used by the government at trial or which might be favorable to the accused, the government should be required to specify any additional documents or tapes or photographs in its possession or under its control which relate in any way to the present case so that the discoverability of that information might be evaluated at the present time,” Travell’s defense attests in court papers.

The motion asks the prosecution to reveal a sizable amount of information, which includes, but is not limited to, physical evidence seized or collected, any surveillance recordings, dispositions and any immunity arrangements regarding his co-defendants, among others requests.

In short, it seems Thomas’ attorneys are concerned with the state turning co-defendants against their client. However, filing motions of discovery to obtain such information wasn’t their only strategy.

Last week, mainstream news outlet The New York Post ran a story on Thomas’ troubles and the fact that his lawyers sought to depose Bharara, who Travell has claimed was “racially motivated” to prosecute.

According to the court papers, Thomas has already voluntarily cooperated with the FTC and worked out an agreement in which he paid fines and agreed to refrain from any problematic conduct.

“Despite the case being handled through the civil FTC process and in a different jurisdiction, the United States Attorney for the Southern District of New York chose to prosecute Mr. Thomas criminally among the many debt fraud cases that have been handled by the FTC,” read the court document. “Mr. Thomas is the owner of debt collection companies at issue in this case. Mr. Thomas is a black male.”

On Monday, August 22, Thomas, who faces a maximum of 40 years in prison if convicted on the charges, argued his premise of racial bias in front of US District Judge Katherine Polk Failla (no relation to poker pro Will “The Thrill” Failla), but was rebuffed, based on insufficient evidence.

When reached by CardsChat, lawyers for Thomas declined to comment on the ruling.

“They do not want to comment at this time cause they’re afraid it might give their hand away,” Thomas told CardsChat. “I have to go to trial, I have no choice. They don’t understand the business.”

Thomas is expected to be back in court December 5.