The Towers Casino in Grass Valley, California, opened its card room for business on Monday, seemingly in violation of the state’s stay-at-home order. On Tuesday, the California Department of Justice responded by raiding the facility and shutting down the poker action. 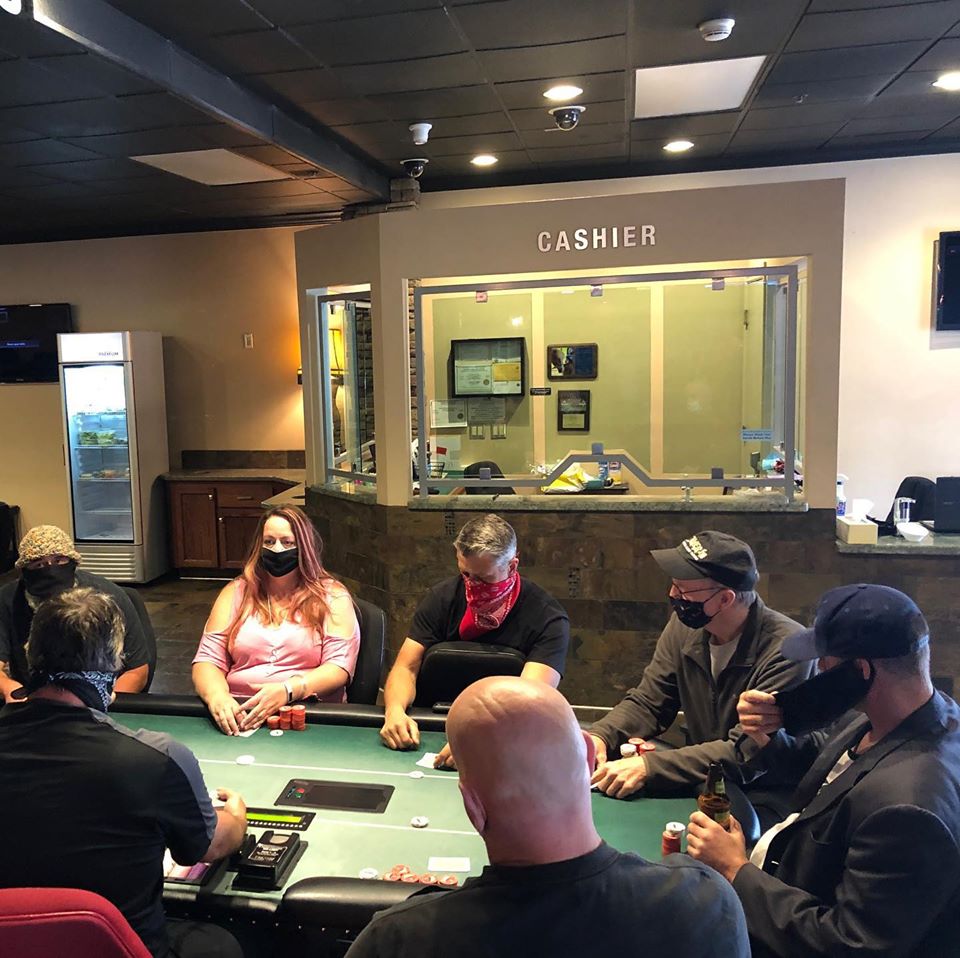 Several individuals take part in a poker game on Monday, May 18 at Towers Casino in California. (Image: Towers Casino/Instagram)

Towers Casino announced it was reopening its card room on social media and its website Monday after being closed for 62 days.

The casino said that while it would offer poker and California blackjack, slot machines and other games would remain closed for the time being.

“We’re following the strictest environmental health guidelines to ensure the safety and welfare of our employees and patrons,” Towers Casino wrote on social media.

The Sacramento Bee reported Monday that the move appeared to defy the stay-at-home order issued by Gov. Gavin Newsom. That order was recently softened to allow some businesses to open in modified or limited capacities. However, those new rules didn’t authorize the state’s non-tribal gaming facilities or card rooms to open.

On both Monday and Tuesday, Towers Casino posted several photographs to its social media accounts, showing players wearing masks while playing at a nine-handed poker table.

Towers Casino is located in Nevada County, which ended its county-level stay-at-home order earlier in May. However, the county’s public health officials noted that a mandatory statewide order remains in effect.

A spokesperson for California’s Gambling Control Commission told the Sacramento Bee that card rooms may open in Phase 3 of Newson’s four-phase reopening plan. As of yet, the state has not cleared those businesses to reopen anywhere in California.

On Tuesday evening, agents from the California Department of Justice raided Towers Casino, an incident several employees and players caught on camera. Several agents wearing vests and face masks can be seen explaining the situation.

In one video, a player at a poker table in the middle of the hand asks if the card room will be closed permanently.

“It won’t be a permanent closure,” one agent responds. “This is what’s called an emergency closure. Just because they opened ahead of when they’re allowed to do that.”

In another video obtained by the Sacramento Bee, the Towers Casino owner says she never received notice that she needed to close down the card room.

“The Grass Valley Police Department requested that I close down,” the owner says. “I denied them. That’s it. Nothing from the gambling association, nothing from my bureau staff.”

The state order notably does not apply to tribal casinos, some of which have plans to reopen on at least a partial basis soon. The Hard Rock Hotel & Casino in Wheatland plans to reopen Thursday morning, though Gov. Newsom has urged tribal leaders to show restraint in opening casinos.

Meanwhile every Indian Casino in the state opens this weekend.