Top Players Fight for $500K in the PGT Championship Invitational

A half-million is up for grabs in the winner-take-all PGT Championship, a freeroll for the top-performing high rollers this year. They include Phil Ivey, Daniel Negreanu, and Stephen Chidwick, who finished this year on top of the PGT’s leaderboard. 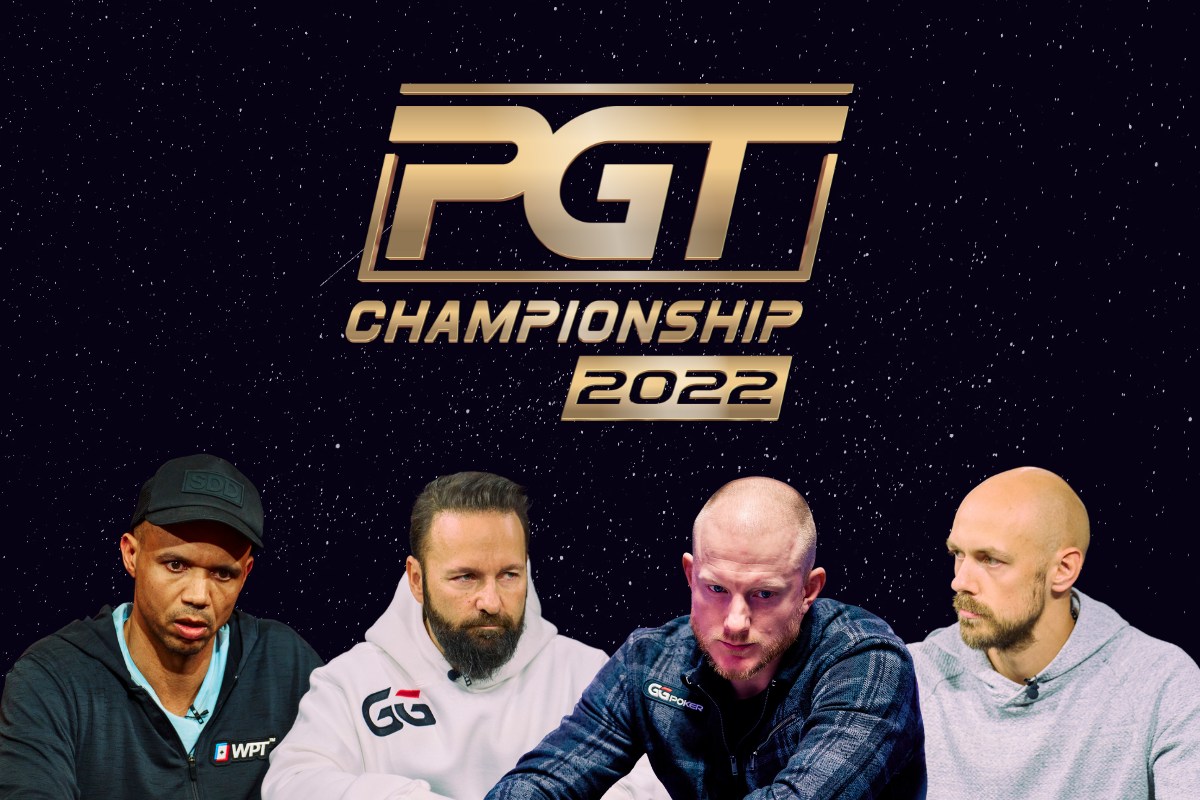 The 21 players won their way into Wednesday’s PokerGO-sponsored event by earning points in tournaments that cost $10K or more to enter, including the World Series of Poker’s Main Event. That means WSOP Champ Espen Jorstad will also be there.

The more points they earned, the larger their starting stack is in the freeroll — they get 1,000 chips for every 10 points.

Here are the players and their chip stacks in today’s event. 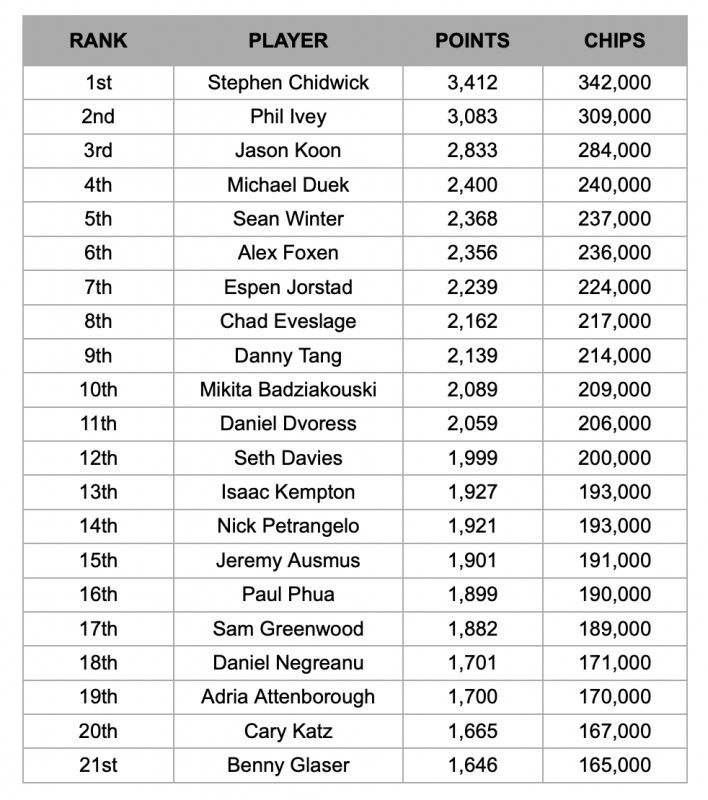 Chidwick, the 33-year-old poker champion from Kent, England, climbed to the top of the leaderboard by cashing 32 times for $6.3 million in big buy-in events in 2022. His six wins are the most out of these players. In 2021, Chidwick finished sixth on the PGT leaderboard. His most recent win came this month in a $10K event at the PGT Aria High Rollers.

New to this year’s leaderboard is Phil Ivey, who played in more tournaments in 2022 than he has in years. As if anyone needed a reminder that Ivey continues to be one of the best players in the world, he wound up second on this leaderboard with 17 cashes and three wins for $5.9 million. Two of those wins came in short-deck events.

Rounding out the top three is Jason Koon, the GGPoker ambassador who has more than $41 million in lifetime winnings. Koon is coming off a victory against Phil Hellmuth on “Heads-Up Duel,” where he put up $800K for the chance at $1.6 million. In October, he won a $50K event at the PGT Poker Masters.

The pay out is simple: everything goes to the man who ends up with all the chips.