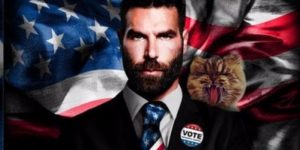 Dan Bilzerian running for president and Paul Phua beating the FBI all made it into the top poker headlines of 2015. (Image: businessinsider.com/Dan Bilzerian)

The poker industry threw up a number of tantalizing headlines in 2015.

From tales of the well-defended beating the FBI, to one of our own almost beating the odds in the Big Brother house, poker has once again delivered on all fronts.

With so many juicy stories keeping us amused this year, we’ve rounded up ten of the best and packed them into a handy review for your reading pleasure.

Paul Phua: Taking on the Feds and coming out on top isn’t easy. But thanks to a crack legal team in David Chesnoff and his associates, Paul Phua was able to crumble the FBI’s case against him and force the agency to give up its illegal sports betting suit against him.

Dan Bilzerian: The playboy millionaire knows how to grab the headlines and in 2015 he did that remarkably well by announcing that he’d be running for president. More of a PR stunt than a serious declaration, the impending campaign literature certainly amused the community for a few weeks.

Vanessa Rousso: The poker player and game theory expert put her tactical skills to the test in 2015 by entering the reality TV show Big Brother. Through a combination of manipulation and schmoozing, Rousso was able to finish third and win the hearts of a nation (kind of).

Daniel Negreanu: As ever, Daniel Negreanu was in the headlines multiple times this year. Aside from his deep run in the WSOP Main Event (he finished 11th), Negreanu captured our interest after he announced he’d be starring in a new poker-themed TV show Four Kings, as well as the Canadian release of his new documentary KidPoker.

Phil Hellmuth: The Poker Brat has always been a popular, if controversial, figure in the game. In 2015, he was a little more reserved than usual. But winning his 14th WSOP bracelet in the $10K Razz made up for him being more subdued than usual.

Ryan Reynolds: The Hollywood A-lister did his bit for the poker community in 2015 by starring in the poker-themed movie Mississippi Grind. After previewing at the Sundance Film Festival, the film went mainstream and received positive reviews by a number of critics, including The New York Times‘ A.O. Scott.

Jason Somerville: Numerous poker records tumbled this year, and helping break them was Jason Somerville. Thanks to his Twitch channel, Somerville brought a slew of new fans to the industry and even broke the record for the largest poker Twitch when 37,500 viewers tuned in to see him final table a WCOOP event.

Cristiano Ronaldo: The sports star became the talk of the poker world in 2015 when he joined PokerStars alongside another soccer player, Neymar Jr. With more than 167 million social media followers, Ronaldo helped boost PokerStars’ cash game traffic by nine percent.

Soulja Boy: The diminutive hip-hop star used some of his millions to boost the poker economy this past year by setting up World Poker Fund Holdings (WPH). Designed to reinvigorate the public’s interest in poker through a series of TV events and tournaments (featuring pros and celebrities), WPH was another example of poker’s gradual move back into the mainstream.

Tom Dwan: Despite being the forgotten man of the poker world, Tom Dawn aka ‘durrrr,’ resurfaced in the community alongside Phil Ivey in 2015. Recruited by an Asian gaming company to promote a new game called Six-Plus Hold’em, the two high stakes pros did their best to explain the premise of the game in one of the most awkward promo videos in a long time.