Antanas Guoga might have swapped life on the live tournament trail for a career in politics, but the most famous Lithuanian in poker proved he hasn’t lost any of his skills at the recent German Poker Championship. 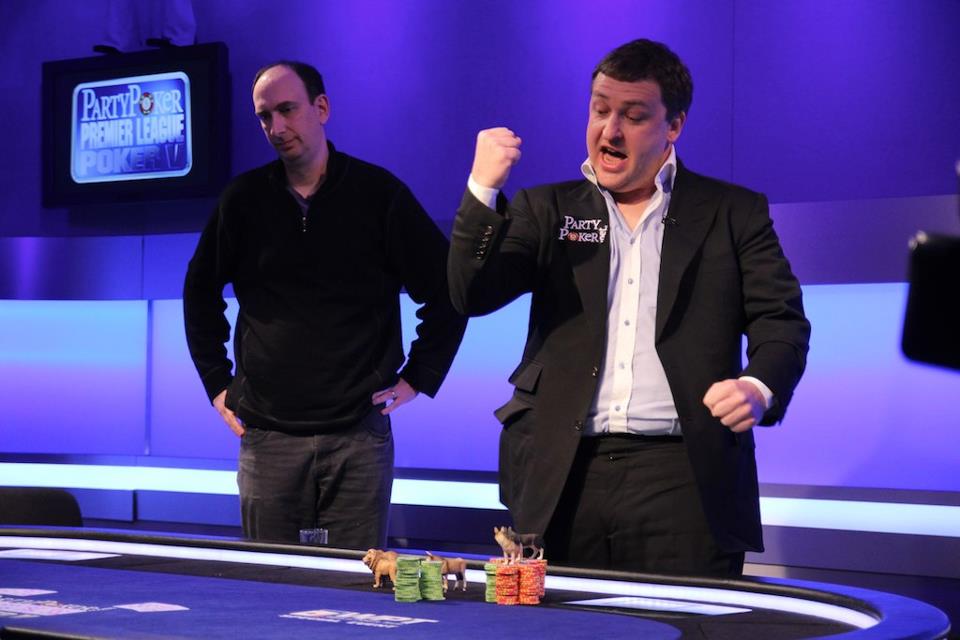 Tony G (right) knows how to end up with the most chips, and in the high-roller event at Partypoker’s German Poker Championship, he did exactly that despite finishing in second place. (Image: tonygpoker.com)

When the €25,000 ($29,500) Super High Roller at Partypoker LIVE’s German Poker Championship wrapped up on Sunday, Guoga, better known in poker as Tony G, technically came in second to Jack Sinclair from the TK. But Guoga still banked the most money. After beating 26 world-class players at the King’s Casino in the Czech Republic, Sinclair and G decided to cut a deal.

Since Guoga was elected as Lithuania’s Member of the European Parliament (MEP) in 2014, he’s spent more time in politics and less time playing poker. Despite his absence from the felt, Tony G seems to have honed his negotiating skills.

In this event, the top three players cashed. Having already watched the likes of Manig Loeser and Bertrand Grospellier fall by the wayside without a return on their investment, after Steffen Sonthemier went out in third (for about $135,000) the two remaining players began talking about a chop.

Tony G was able to use his larger chip stack and persuasive way with words to lobby for a bigger chunk of the prize pool.  When the talking was over, he had secured himself about $350,000 of the roughly $650,000 left to play for.

Despite managing to get the better of the deal making process, G couldn’t translate that into an outright win thanks to Sinclair’s slice of good fortune on the river.

With Sinclair holding a slight chip lead, the biggest pot of the tournament took place after G found himself all-in with pocket jacks. Comfortably ahead of Sinclair’s K♦ J♠, Tony G just needed to fade a king or some sort of straight or four-card flush to cripple his opponent. But alas.

As the board ran out, a king eventually showed up, and the three-outer on the river eliminated G and handed Sinclair the German Poker Championship’s Super High Roller title.

Tony G’s successful return to the table was not a one-off. Earlier this year in Las Vegas, he bested a 32-player field in the Aria’s $25,000 High Roller. With the likes of Thomas Marchese and David Peters falling short, Tony G overcame the Czech Republic’s Martin Kabrhel to take home $352,280 in that event in May.

While Tony G may have enjoyed success at the latest Partypoker LIVE festival, he may not be playing in the next one in Sochi, Russia, where Partypoker is guaranteeing at least $9 million in prize money across five events.

Blame politics or the mouth of Tony G, but in March Guoga confirmed that he had been banned from entering the country of Vladimir Putin because of comments he made to one of Russia’s diplomats.