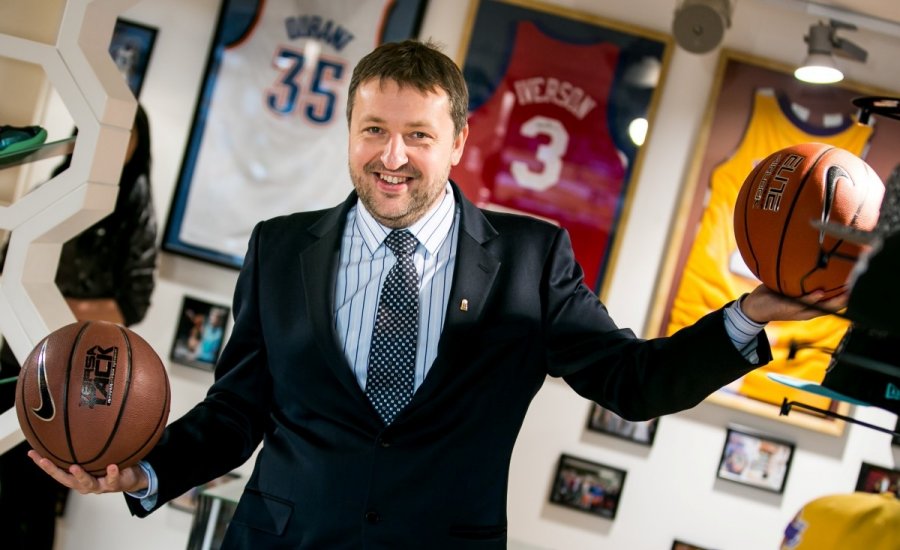 Colorful and outspoken poker pro Tony G has been told he is prohibited from entering the Lithuanian parliamentary elections on the grounds that he holds dual nationality.

The brash, flamboyant poker player, whose real name is Antanas Guoga, was born in Lithuania, but grew up in Australia, and it seems this fact will put the kibosh on his stated ambition of becoming president of the former.

Presumably, he is hoping to get elected on the “On yer bike” ticket. Guoga has famously made fun of numerous pro players with this dismissive line while playing TV tournaments.

Guoga has become a celebrity in the country of his birth, thanks to his spearheading of numerous charitable projects and, bizarrely enough, for coaching the national basketball team from 2010 to 2012. He even led out Team Lithuania London Olympics opening ceremony.

In 2014,  he used this popularity as a springboard to stand for Lithuania’s pro-Europe Liberal Party at the European elections, winning a seat at the European Parliament at a time when many European voters were embracing far-right or Euro-skeptic parties.

“Today we made history in Lithuanian politics,” he proclaimed at the time. “For the first time Liberals have won two seats in the European Parliament. My sincere thanks go to all the voters, those who supported and helped me along the way.”

However, it appears that his ambitions may stop there, thanks to Lithuania’s Central Electoral Commission. The body informed him this week that his dual citizenship renders him ineligible to stand for election to Lithuania’s parliament, known as the Seimas, unless he renounces his Australian citizenship or the law is changed.

Guoga told the Lithuania Tribune that the regulations are depriving certain of the country’s citizens, who are in full compliance with citizenship law, of their civil rights.

“We will not build a greater Lithuania and we will not bring Lithuanians back from around the world if we don’t adapt our legal system to today’s realities,” he said.

“Dual citizenship is no obstacle to representing Lithuania in the European Parliament … to being a minister or even prime minister. Why should it be an obstacle to being a member of the Seimas?” Guoga asked.

Having had a successful if occasionally abrasive poker career, as well as founding PokerNews and TonyBet, Guoga demanded that the Speaker of the Seimas implement changes to permit dual citizens to stand in next year’s elections.

Until that happens, current Lithuanian president Dalia Grybauskaitė can breathe a sigh of relief.