Tony Dunst is more than just a poker announcer. He’s also a heck of a talent on the felt, as evidenced by his impressive performance on Day 1A at the WPT Borgata Winter Poker Open. The poker commentator bagged the second-largest stack on Sunday, and will head into Day 2 in great position. 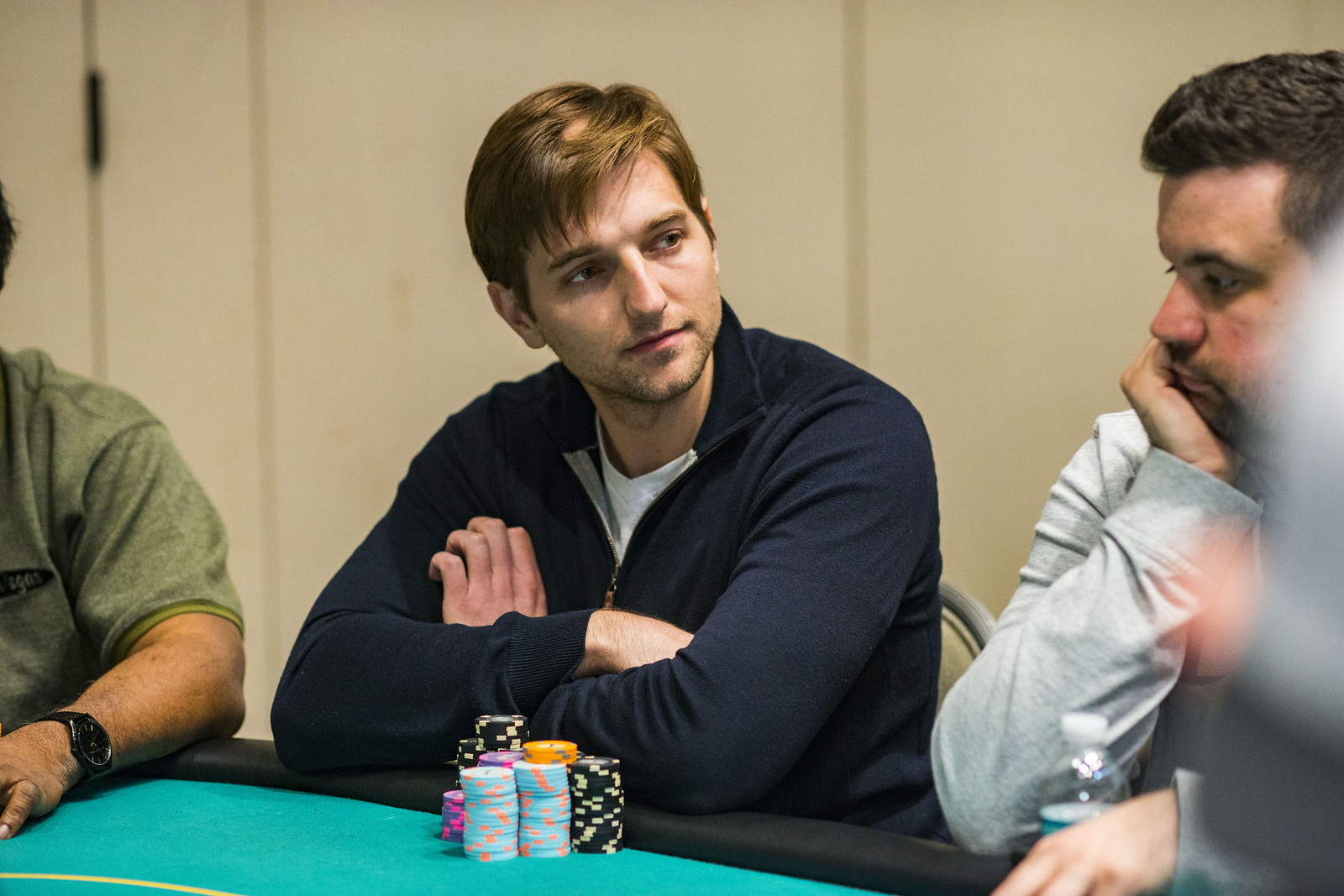 Tony Dunst is a true poker talent on the felt and in the broadcast booth. (Image: wpt.com)

The $3,500 buy-in tournament in Atlantic City attracted 382 entries on Day 1A. Of those runners, 199 advanced to Tuesday’s Day 2. Day 1B is currently underway at the Borgata, the MGM Resorts partner property that won a $10 million lawsuit against Phil Ivey.

Unsurprisingly, Ivey isn’t in attendance at this WPT event. But many other big name pros, including Tony Dunst, showed up on Sunday in hopes of becoming a WPT champion.

Dunst, a WPT host, has accomplished that feat once before. He shipped the WPT Caribbean in 2013 for $145,000, and finished runner-up in the 2019 Tournament of Champions for $250,265. The former online poker pro is in search of his eighth World Poker Tour final table.

Dunst bagged 224,900 chips at the Borgata Winter Poker Open on Sunday. Leonard Sande is the only player who ran better. He left the casino with a stack of 245,700.

Dunst isn’t the only high-profile player who finished the day with a stack. Shaun Deeb, the 2018 WSOP Player of the Year, finished the first session with 128,900. Darren Elias, the top performer in World Poker Tour history, bagged chips like he almost always does in WPT events. He ran up a stack of 127,900.

In a blast from the past, Steve Dannenmann, the 2005 WSOP Main Event runner-up to Joe Hachem, competed on Day 1A and bagged a stack, albeit a small one (28,400). We don’t see very much of the man with five n’s in his last name on the tournament circuit these days.

Other Notable Day 1A Chip Stacks

Dunst and the rest of the Day 1A survivors will join the Day 1B survivors at noon ET on Tuesday for Day 2. The $3,500 tournament is scheduled to play down to a final table on Thursday. The remaining six players will then have to wait until April 1, and travel to Las Vegas to compete at the final table. Should Dunst advance that far, another announcer will have to replace him in the broadcast booth for the Fox Sports broadcast.