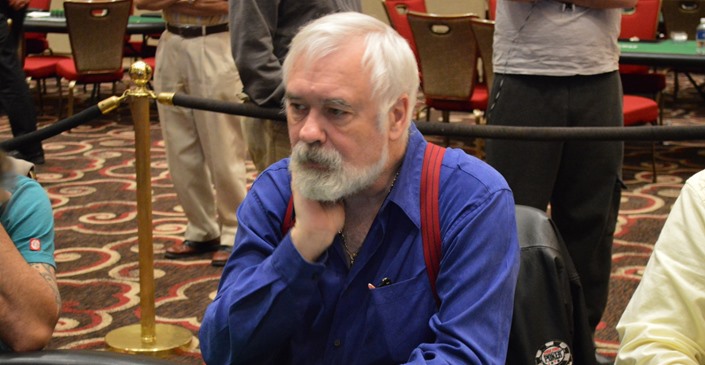 Part of the sale included three poker books written by the poker champion, a one-hour poker training session with McEvoy, and two PokerStars Team Pro patches. The original posting gave specific instructions on how the buyer can receive the items.

“Email for any questions or in Las Vegas appointment requests.

McEvoy wasn’t the seller. A user by the name of “ronniescollegefund” listed the items on eBay. The account is owned by a man named Ronnie who is attempting to raise money for his kid’s college fund. Hence, the “Ronnie’s College Fund” eBay store.

It is unclear why McEvoy, a 72-year old Las Vegas resident, sold his Main Event bracelet, the most cherished piece of jewelry in poker. We also don’t know his connection to the college fund or how much of the sale will be given to the poker champion.

Not the First (Probably Not the Last)

But it may come as a bigger surprise that a guy like McEvoy would put this item up for sale. He’s a long-time poker player and a Poker Hall of Fame member.

A Look Back at McEvoy’s Career

Those who began playing poker in the post-Poker Boom era may not be aware of Tom McEvoy’s career. In 2013, he was inducted into the Poker Hall of Fame along with Scotty Nguyen.

On top of winning the 1983 WSOP Main Event, McEvoy has a total of four career bracelets and has won more than $1.3 million at the annual summer series.

He resides in Las Vegas where he still plays poker on occasion. The former champ cashed in this year’s Main Event (644th place) along with a $1,500 Pot-Limit Omaha tournament (93rd place). He’ll head into the 2017 WSOP with 48 career cashes.

McEvoy’s impact on the game extends beyond the felt. His anti-smoking stance helped lead to poker rooms banning smoking. It wasn’t long ago when card rooms allowed players to smoke at the table.

Right around the time Chris Moneymaker won the Main Event, that all changed, thanks in large part to McEvoy’s efforts.

How these guys can go bust Is something that my mind has a hard time comprehending, this Isn’t like 10k or 1k or 100 but mill+

No, it did not sell. The original listing was ended by the seller and then restarted. It is not sold.

Thanks James. I looked at the listing on eBay and it appeared to have been sold. I’m no eBay expert. But thanks for clearing that up.