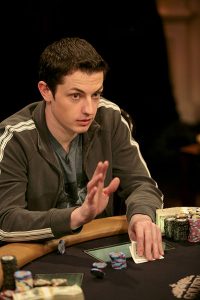 As the saying goes, you win some and you lose some. In the world of high-stakes poker, “some” could mean a life altering amount of money. And for professional player Tom Dwan, no amount of huge wins in the past changes the fact that his most recent loss is his biggest one ever.

Dwan is considered to be one of the most fearless and no-holds-barred players today; but that still doesn’t keep the famed internet poker legend and high-stakes live cash player immune from his fair share of downswings. The pro took to Twitter last Tuesday to report that he had experienced his “biggest loss ever” in a cash game. That, of course, meant that millions of dollars were at stake.

“In taiwan for the 1st time ever… Not leaving the airport tho. Maybe next trip. Had my biggest loss ever yesterday,” Tweeted Dwan from his verified account after his supposed loss. Unless Dwan was the victim of some really unfortunate baggage claim services, it’s safe to say that he lost a rather large sum in a poker session and not his suitcases.

Due to his fame gained by playing internet poker, one might think that the loss occurred during an online game. However, sources claim that Dwan actually racked up around $70,000 in Full Tilt online winnings during the week, so the loss is assumed to have come from cash games in Macau as he landed there days before his ominous tweet. It’s definitely worth noting that this big loss had such an impact that Dwan couldn’t even mention the actual amount. Ouch.

For Dwan to claim this loss as his biggest ever would mean the player needed to have lost over $2 million for the statement to ring true. Those keeping track will remember that in 2009, Dwan lost around $2 million dollars to Viktor “Isildur1” Blom in a single session, back when Blom was still a newcomer and rising in the poker world. For such an aggressive player like Dwan, one can only imagine the kind of bad days he has had in past sessions.

Still, $2 million could definitely be considered small change to the wealthy Chinese businessmen who frequent Macau’s casinos. The locale has become Asia’s go-to destination for poker and very popular on the tournament scene. Boasting some of the biggest cash games in the world, rumor has it that land game cash pots in Macau have reached upwards of $4 million in the high-roller games. With Dwan so often playing those types of games, $2 million is quite possibly just the tip of that heartbreaking loss.

Down but Not Out

At 27, Tom Dwan has definitely made a name for himself in the world of poker. With the online handle “durrrr”, Dwan regularly plays high-stakes No-Limit Texas Hold‘em and Pot-Limit Omaha games. A majority of his games are played on Full Tilt Poker where he became a member in 2009 and eventually a brand ambassador along with rival Viktor Blom in October 2012.

Despite his recent big loss, Dwan has managed to earn millions in winnings, though he has yet to take down any of the WSOP tournaments he has participated in. Dwan holds the record for the largest pot won in a live game at over $1.1 million.