Tom Dwan scored his first cash in a live poker tournament since 2014. He finished 2nd in a Super High Roller event at the 2017 Macau Billionaire Poker Spring Challenge in China. 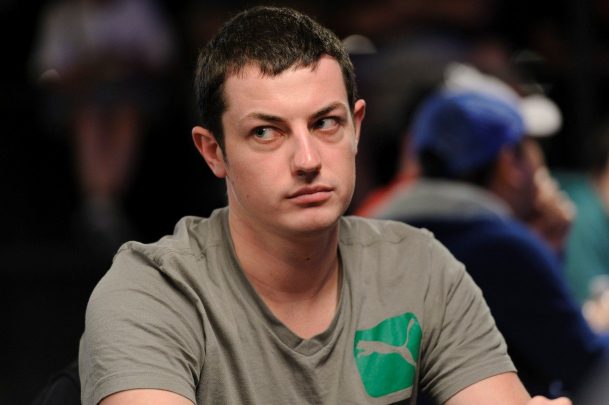 The former Full Tilt Poker pro bust onto the scene about eight years ago. At the time, he was considered the best online poker player in the world. Many internet grinders looked up to him, aspiring to one day become the next ‘durrrr,’ his online screen name.

Dwan has never been a tournament grinder, but he used to play in high roller events on a semi-regular basis. In total, he has more than $2.9 million in lifetime live tournament winnings.

After a two-year drought without cashing in a live tournament, ‘durrrr’ won $275,000 for 2nd place in the Macau high roller event. Mikita Badziakouski defeated him heads-up for the title.

There were 12 players in the tournament. Dwan and Badziakouski are both cash game specialists. But, on this day, the duo played a different game.

Where Has He Been?

Dwan was once one of the most popular players in the game. He mysteriously disappeared from the public eye a couple years ago, leaving his fans wondering what happened.

The online poker legend hasn’t done many interviews in recent years. He hasn’t let it publicly be known exactly what he’s been up to. Internet rumors on his whereabouts have ranged from he’s broke to he’s been hiding out in Macau to avoid paying debtors money.

What we do know is he has been regularly playing in high stakes cash games in Macau. Phil Hellmuth told Doug Polk in a recent YouTube video that he heard ‘durrrr’ once won $36 million in one cash game session.

Should the Money Go to Jungleman?

In 2010, Dwan challenged Dan “Jungleman” Cates to an online poker heads-up competition. The two were supposed to play 50,000 hands of high stakes cash games. The winner would receive an additional payment.

The Durrrr Challenge didn’t last long. After playing on a fraction of the 50,000 hands, Dwan apparently gave up. He was down more than $1 million.

It’s been almost seven years since a hand has been played between the two. Cates has publicly stated he wants the challenge to continue and is disappointed in Dwan for ducking him.

Since Dwan has refused to continue the Durrrr Challenge, the question must be asked: should he ship his recent tournament winnings to Jungleman?

Here’s a video with a few of Tom Dwan’s hands from that event: https://www.youtube.com/watch?v=-CUTuruXVPA