Todd Brunson purchased Roma Deli, an iconic Las Vegas Italian restaurant, in 2017. The Poker Hall of Famer and son of one of poker’s all-time greatest legends, Doyle Brunson, made the restaurant’s food even better, as I discovered during my recent visit. 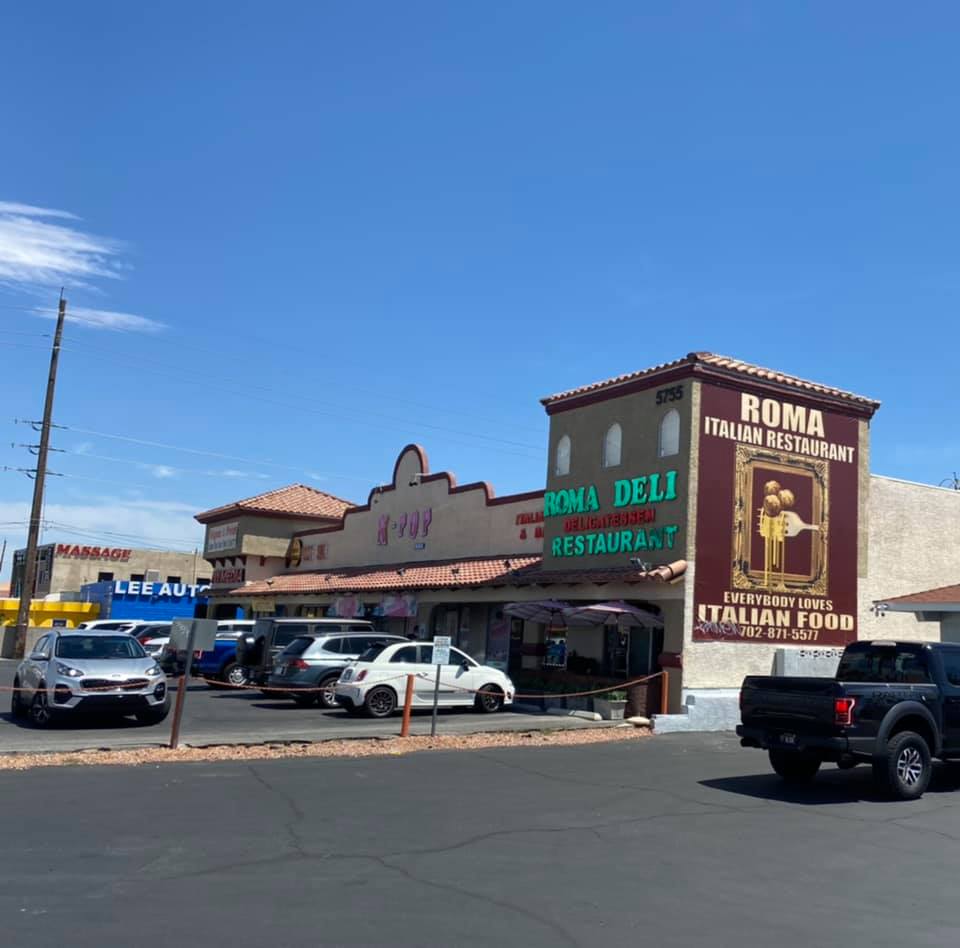 Roma Restaurant and Deli is located at 5755 Spring Mountain, a short drive from the Las Vegas Strip near the Chinatown district. The establishment shouldn’t be confused with the Roma Deli on Sahara Avenue, which isn’t owned by the poker pro.

Brunson’s restaurant is reasonably priced, although it certainly isn’t cheap, and features cold sandwiches, hot sandwiches, soups, salads, pastas, appetizers, and traditional popular Italian entrees such as eggplant parmigiana and chicken marsala. On this occasion, I went for the spaghetti and meatballs, my favorite lunchtime meal growing up, and still to this day.

The first thing I noticed upon entering was that the customers all appeared happy to be there, which is obviously a good sign. The crowd seemed to include a mix of cast members of the movie Casino, and poker players, including a few I recognized from local games. If I were to base my visit on first impressions, I’d give Roma Deli about a 10 out of 10, given that the other customers seemed satisfied and the dining room, which also included an Italian deli full of meats and cheeses, had an authentic Italian restaurant look to it. I’ve never been to Italy, but in my mind, I imagine local eateries have a similar decor and vibe.

Adding to my positive initial impressions, I was immediately greeted, seated, and offered a drink. Conventional wisdom says you can’t eat an authentic Italian meal without washing it down with a glass of wine. But I’m a pop addict (yes, “pop,” I’m from Iowa and that’s what we call it), so I ordered a Coke, although my acid reflux disapproved of that choice.

Although the first impressions were wonderful, I was a bit hesitant about the most important part of a meal — the food. I say that because spaghetti in Las Vegas tends to have an odd, overly sweet and watery sauce that is quite unpleasant, and it puts me on tilt worse than a drunk tourist busting me on a two-outer in a 400-big blind pot.

Recently, I tried Eataly at Park MGM on the Strip, and I’m not sure I’ve ever been more disappointed in a meal. At $100+ for a couple, you’d expect the to be passable — at least — but that wasn’t the case at Eataly, an eatery that clearly only gets by on the easy-to-please tourist demographic. My girlfriend gave me the bitter beer face upon biting into her ridiculously undersized plate of overpriced pasta. I took a few bites of spaghetti and of a $12 slice of pizza before realizing a can of Chef Boyardee would have been a tastier option.

“Eataly Schmeataly,” Norman Chad told me about his experience at the tourist trap while I was eating at Roma Deli. “I went to the LA version twice, and will go to Olive Garden before I return to that marketing Frankenstein.”

Just like Eataly, but with good food and reasonable prices

One glance at my generously portioned plate of spaghetti and meatballs at Roma Deli and it was clear I was in for a treat. The texture of the sauce, which you can see below, was thicker than what I’ve been forced to accept at most Italian restaurants in Las Vegas. 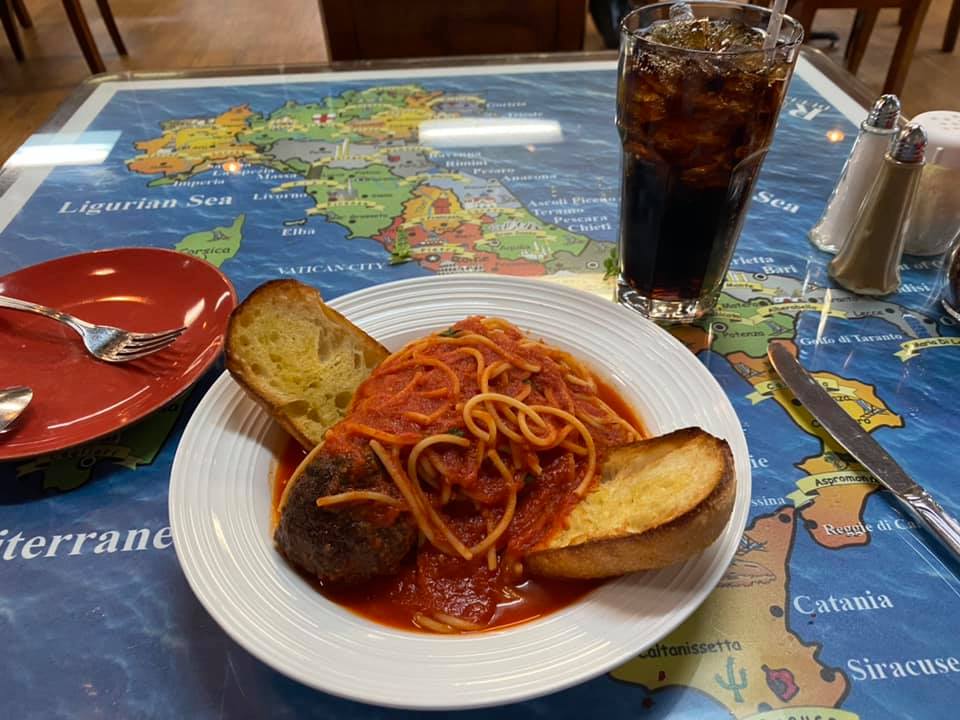 My initial instinct that the sauce was going to be quite tasty was correct, and the freshly made noodles were cooked to perfection. The meatball wasn’t tough or overcooked like I often find elsewhere, and it didn’t have too strong of a sausage flavor, which I was pleased to discover (I’m not really much for sausage in general).

Before I dug into my food, I sent Norman Chad a text asking him for his review of Roma Deli. Chad, the long-time ESPN poker announcer, loves to give Todd Brunson a hard time on Twitter, often cracking jokes about the restaurant. But it’s all in good fun.

“Great comfort food, excellent service,” Chad said of Brunson’s Las Vegas eatery. “But Todd the Tyrant always seats me next to the kitchen, gives me the stink eye from his ‘Table of Royalty,’ and checks security footage after I leave to see if I walked out with any plates or silverware.”

After I finished my delicious plate of spaghetti, I asked the friendly and attentive waitress if she’d put my meal on Norman’s tab, but she told me they no longer allow that because his checks always bounce. That was perhaps the least surprising part of my visit.

We charge you the adult prices. We keep explaining to you that no matter how low your IQ is you still can’t get the kids discount. https://t.co/ISHDJ0tcVf

My meal, which also included a pleasant mixed green salad and a bottle of Coke, came to $22, and I felt it was worth the price. Good food, a lively atmosphere, a clean restaurant, and outstanding service, all at a reasonable price. The only thing missing was Allen Kessler, aka “Soda Thief,” who could have gotten me a five-finger discount on the Coke.

He doesn’t steal sodas because he needs the money. He does it for the thrill. #SodaTheftThrill. #SodaThief https://t.co/vvCfc9BBzW

Roma Deli has more than 360 reviews on Yelp with a 4.5/5 score, and that isn’t surprising. I highly recommend this place to poker players in town this summer for all the poker tournaments and for the WSOP in the fall (it’s only about a 7-8 minute drive to the Rio). Bring Kessler along so you can get a free pop (or soda, or whatever you call it where you’re from).

Time to go there next time in Vegas! Thanks for the heads up!

any restaurant that skimps on pasta portion size is pretty silly considering how inexpensive it is.Why piss off a customer and lose their reco and repeat business for a few cents of pasta and sauce ?