The online nosebleed cash games, which nowadays are played exclusively on PokerStars, have dried up a bit, but that hasn’t stopped several notable pros profiting six figures through the early part of March. Right now, 17 players have won more than $100,000 playing in tracked ring games on PokerStars, but none more so than Russia’s Timofey “Trueteller” Kuznetsov, who is up $353,687 in 19,377 hands across 293 sessions. 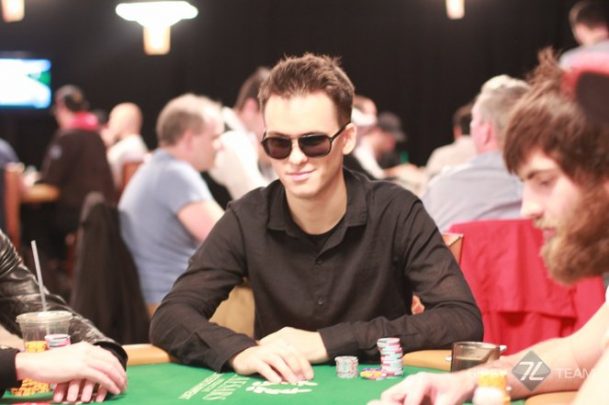 While Kuznetsov is currently the biggest winner of the year in online ring games, several others have profited nicely playing less volume. For instance, Germany’s “RaúlGonzalez,” who last fall won his first SCOOP title, is hot on his heels with $338,252 in winnings in 10,163 hands over 90 sessions. Likewise, fellow SCOOP winner “40and7” is up $286,210 in 5,096 hands across 87 sessions.

Here’s a look at the current top ten online cash game winners of 2017, as of March 5:

Down, But Not Out

The two agreed to run the river twice, and the 4♠ on the first gave D’Auteuil his flush and half of the $164,545 pot. However, the 2♥ on the second run was safe for “wilhasha” and he locked up the other half.

Chopped pots aren’t that exciting, so here’s a look at the biggest outright win of the year thus far, which was a $138,365 monster that went to Jacob “Lottenice” Rasmussen.

The river was run twice, but neither the 4♠ on the first nor 2♥ on the second helped “Bit2Easy,” and he watched the pot pushed to his opponent.

The above are the two biggest of the 14 six-figure pots played at the online nosebleed cash games this year.