Tiger Woods has agreed to enter a first-time offenders DUI program as a plea deal instead of fighting to prove his innocence stemming from a May 29 arrest in Florida. 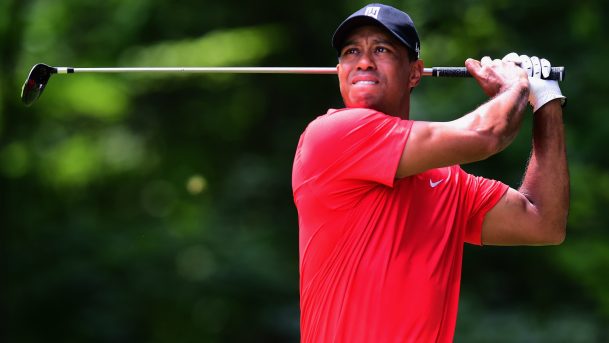 Tiger Woods has agreed to a plea deal to avoid a DUI conviction, but he’ll be on probation for the next year. (Image: sportingnews.com)

The Nike-endorsed golf legend would love to put all this behind him and get back to playing winning golf, but the oddsmakers don’t have much faith in him.

Once the most dominant golfer arguably in history, Tiger hasn’t won a major event on PGA Tour since the 2008 U.S. Open.

In November 2009, his wife discovered he was having extramarital affairs with numerous women. His golf game hasn’t been the same since.

On top of his promiscuity, he’s suffered repeated back injuries in recent years. Through it all, Tiger has remained a polarizing figure and his return to excellence on the links would undoubtedly be great for the game.

But you shouldn’t bet on it ever happening, so say the handicappers, or anyone that likes money.

A hearing in Woods’ DUI case was scheduled for Wednesday morning but has been cancelled following his plea agreement.

A new law in Florida allows first-time offenders to have a DUI charge removed in place of reckless driving if the offender successfully completes a 12-month probationary period.

During probation, Tiger must refrain from drinking alcohol or using illegal drugs, and must complete DUI education classes. Failure to abide by the rules could force the state to recharge him with driving under the influence.

The 11-time PGA Tour Player of the Year was arrested on May 29 in Jupiter, Florida, after police found him pulled over on the side of the road asleep at the wheel under the influence.

It was first reported he was driving drunk, but Woods later said he passed out from a bad reaction to pain and anti-insomnia meds he was taking.

Don’t Bet on a Comeback

Tiger’s chances of returning to his glory years on the golf course are about as likely Phil Ivey leaving the Macau nosebleed games to grind WPT and WSOP events. Actually, Tiger’s odds of so much as winning another PGA Tour event in the next year, any event, are 65-1, according to MyTopSportsbooks.com.

Woods is still just 41, so he could still conceivably get back into shape and win more tournaments before his window of opportunity closes. But time is running out.

Following his May arrest, MyTopSportsbooks.com created odds on what Tiger will do over the next 12 months. Some of the futures wagers were, let’s just say…interesting.

Undergoes another back surgery (4-1)