The World Poker Tour is welcoming a globally renown fashionista and music star to its team while also releasing a partial schedule for the 2022 season that includes stops in Amsterdam and Australia. 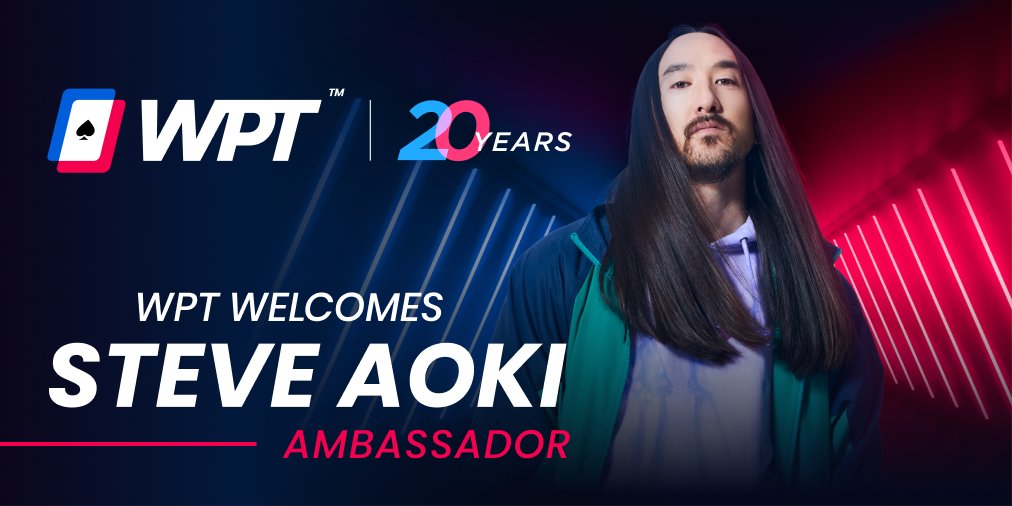 Steve Aoki is joining the WPT as a poker ambassador. (Image: WPT)

Steve Aoki is joining the WPT as an ambassador.

Aoki, 44, is a multi-award-winning electronic music producer, DJ, and fashion designer who “will play a pivotal role in guiding a full revamp of the WPT,” according to a press release. His 8.2 million fans already know Aoki is a serious poker player who has appeared on “Poker After Dark,” and who played in the 2021 WPT Heads-Up Poker Championship. He lost to Dan Smith in the first round 2-1.

“I have watched and admired the WPT for many, many years,” Aoki said. “To now be part of the WPT family feels so surreal. I am incredibly grateful.”

Based in Las Vegas, Aoki counts many poker pros as friends, including Phil Ivey. He often hosts poker games at his house between high-energy shows that take him around the globe and attract thousands of fans.

any serious poker players out there? DM me and we can set up some games 🤑 pic.twitter.com/SCdyqGNAwk

“Steve’s love of poker and his dedication to inspiring others to live life to the fullest makes him the ideal WPT brand ambassador,” said WPT CEO Adam Pliska in a press release. “We are honored to have him play an active role in our transformation and in the celebration of World Poker Tour’s 20th anniversary.”

The son of Rocky Aoki, the founder of the wildly-successful Benihana chain of Japanese restaurants, Aoki joins the WPT family within a year of the company being sold for $105 million to Element Partners.

Lance Bradley, WPT’s media contact, told CardsChat that details about a “revamp” will be coming in the next several months.

The WPT also released a seven-event schedule that takes the tour to three continents through May. 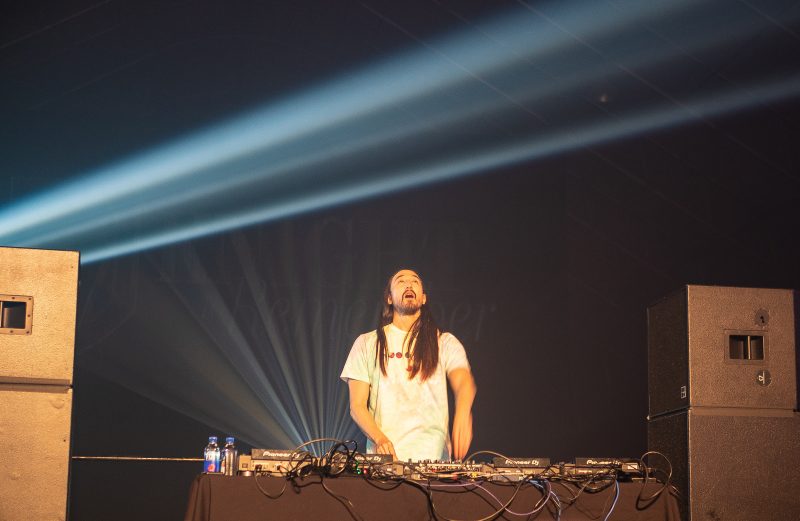 Steve Aoki will be spreading good vibes as a WPT ambassador throughout the tour’s 2022 season. (Image: Chris Wallace/CardsChat)

The WPT kicks off the year at the Lucky Hearts Poker Open, which started its slate of 83 events today at the Seminole Hard Rock in Hollywood, Florida. The $3,500 Main Event has a $2 million guarantee. Its first of four starting days begins Jan. 22. Last year’s tourney attracted 1,573 players with a guarantee of just $1 million.

The Lucky Hearts Poker Open is one of the three large buy-in Main Events scheduled so far. The WPT returns to Hollywood April 8-12 for the $3,500 Seminole Hard Rock Poker Showdown and then heads to Durant, Oklahoma for the $3,800 WPT Choctaw, May 12-16.

More events will be added as the year goes on.

Never heard of this guy?

But that does not mean much – coming from me – ha !

Hope he helps out Poker as brings in new players and wish him all the success.