It was Oct. 31 in Las Vegas, and for the first time, the World Series Of Poker held bracelet events on Halloween. You can bet I brought my camera. 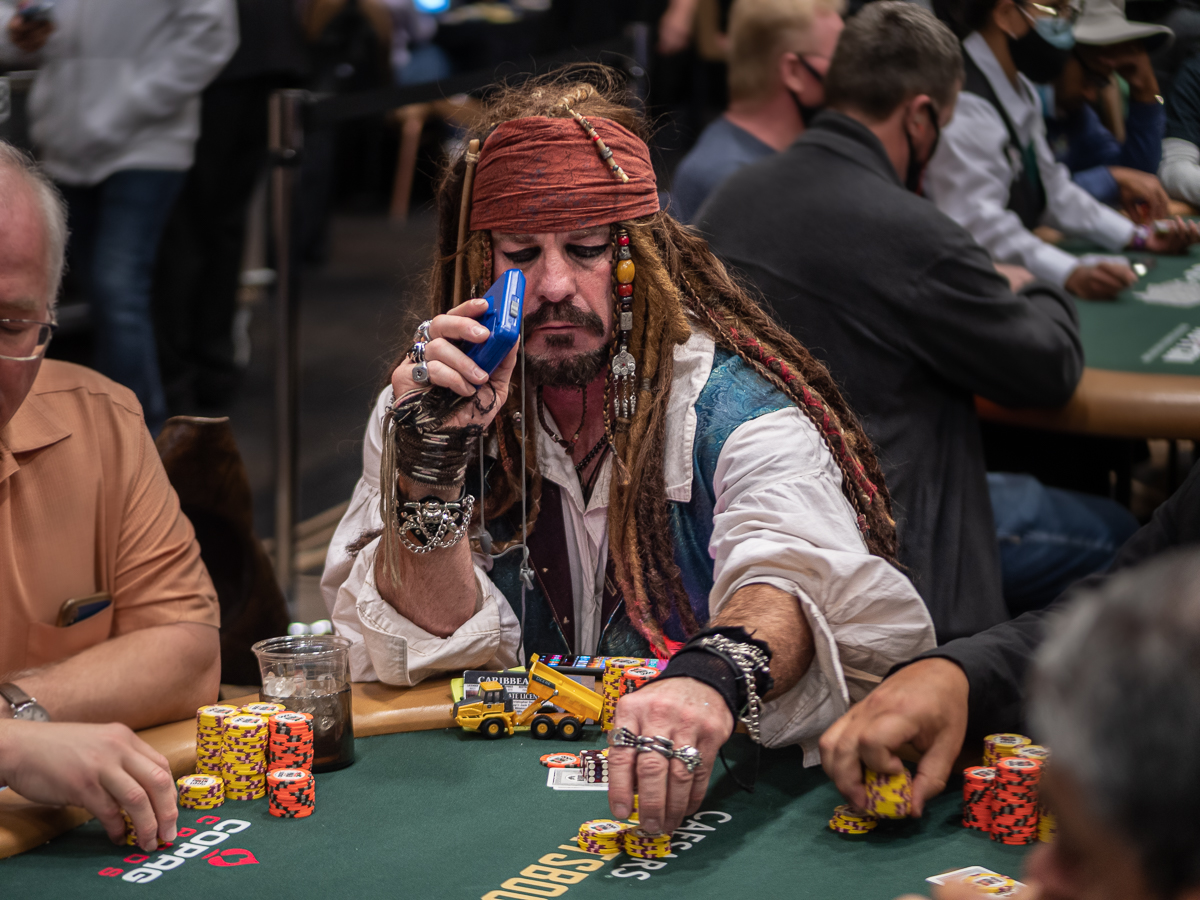 Jack Sparrow reminds the table that not all treasure is silver and gold, mate, as he raises preflop in the WSOP tag team event.

The $1,000 tag team event getting underway was probably the best place to find tournament players donning costumes. No surprise as this event, introduced in 2016, is always a ton of fun. The $1,000 seniors event was also getting cards in the air, but these players didn’t get into the Halloween spirit so much. Still, Sunday was a WSOP day unlike any other — with plenty of pros joining the fun, and some chatting about this spectacle being reason enough to keep the Series in the fall. 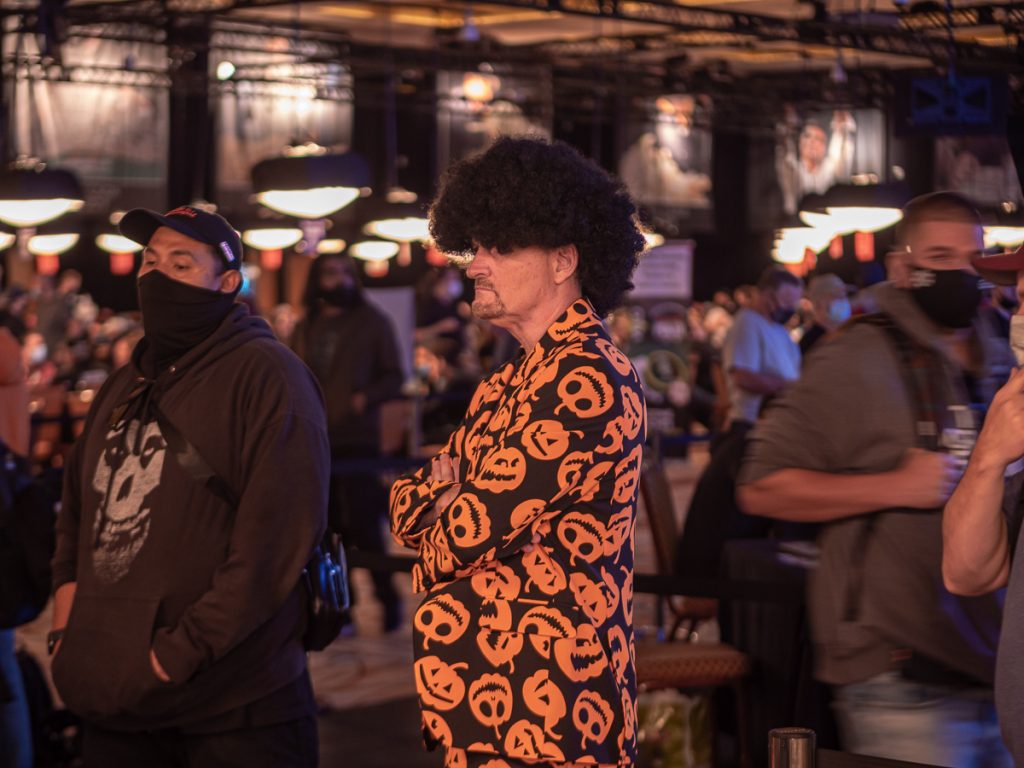 This player was on the rail in his Halloween formalwear. 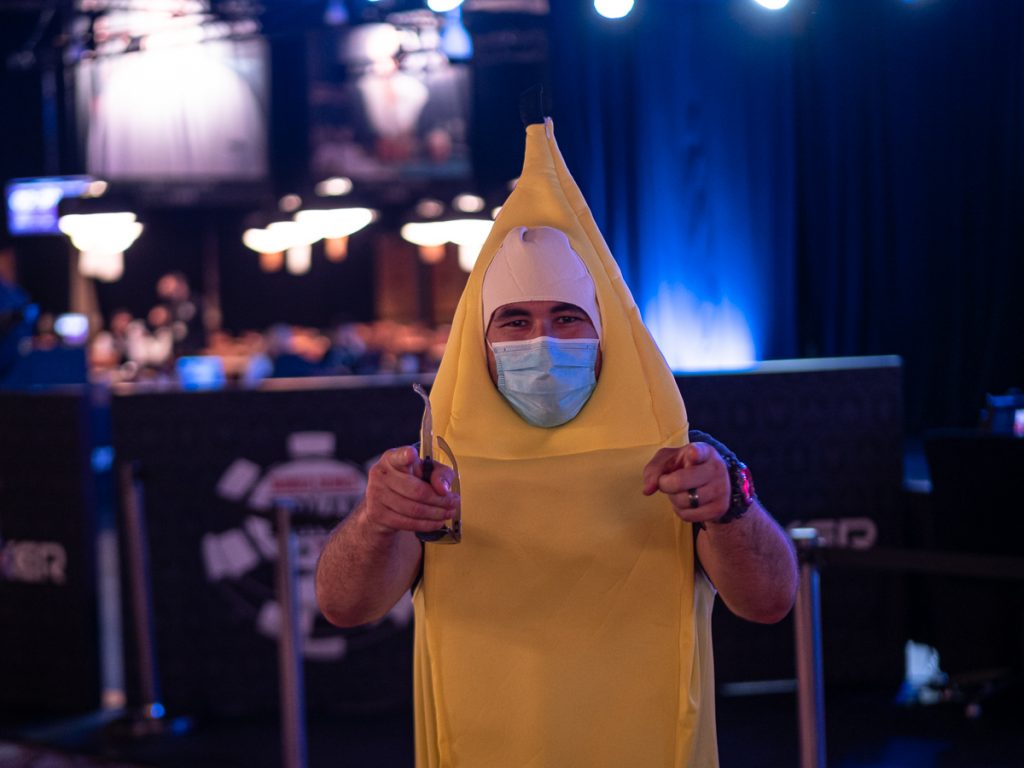 The idea of wearing costumes at the WSOP tables … well that’s just bananas! 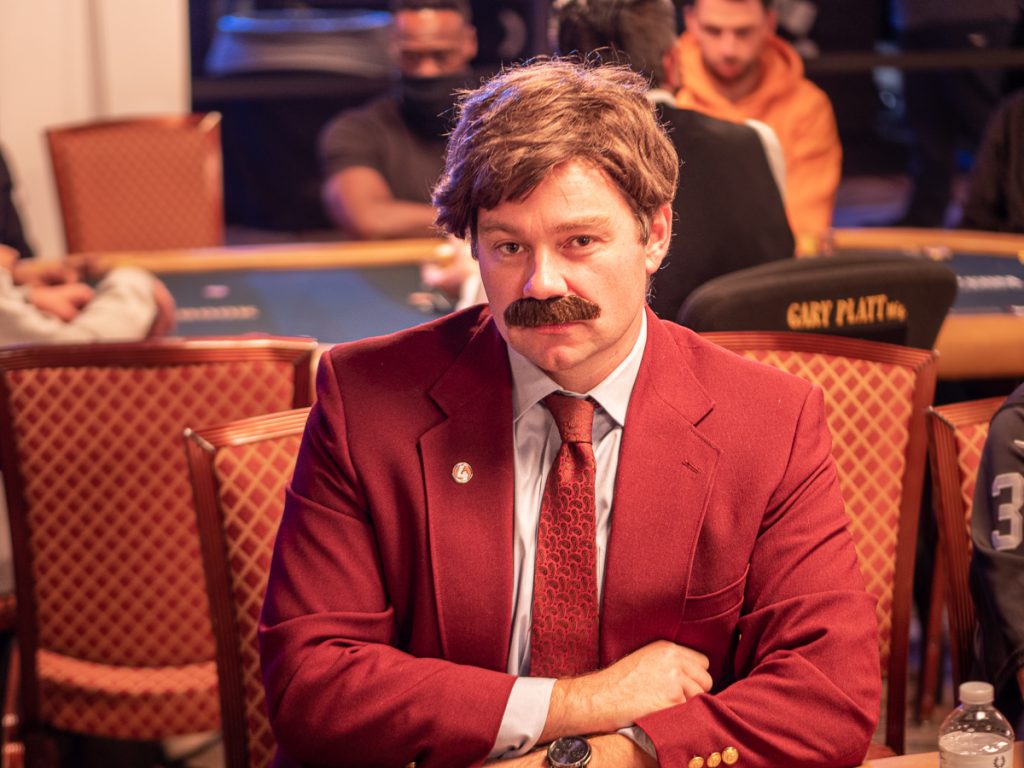 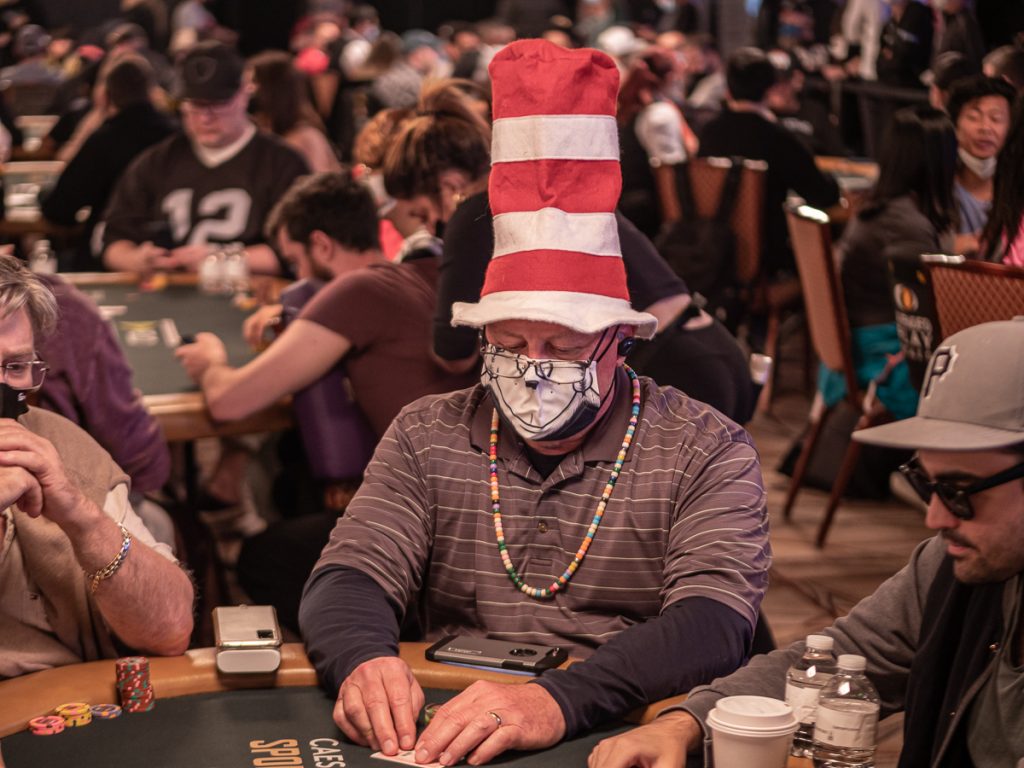 Ooh, this first card is an ace. If the next card is a face, we could be off to the race. 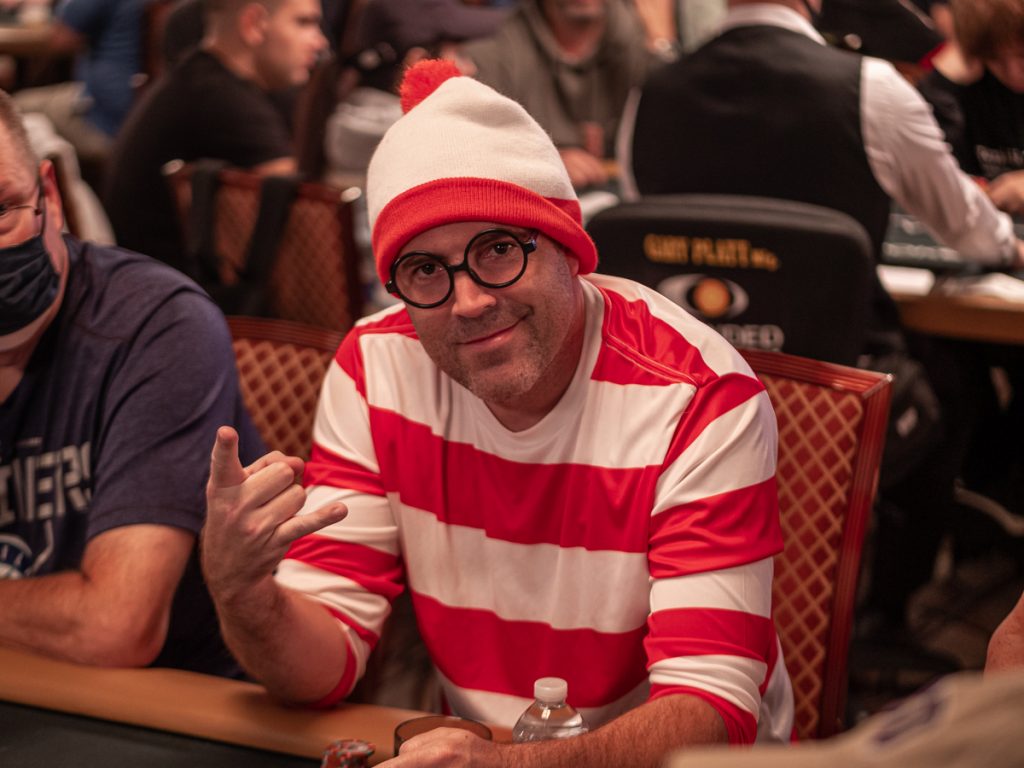 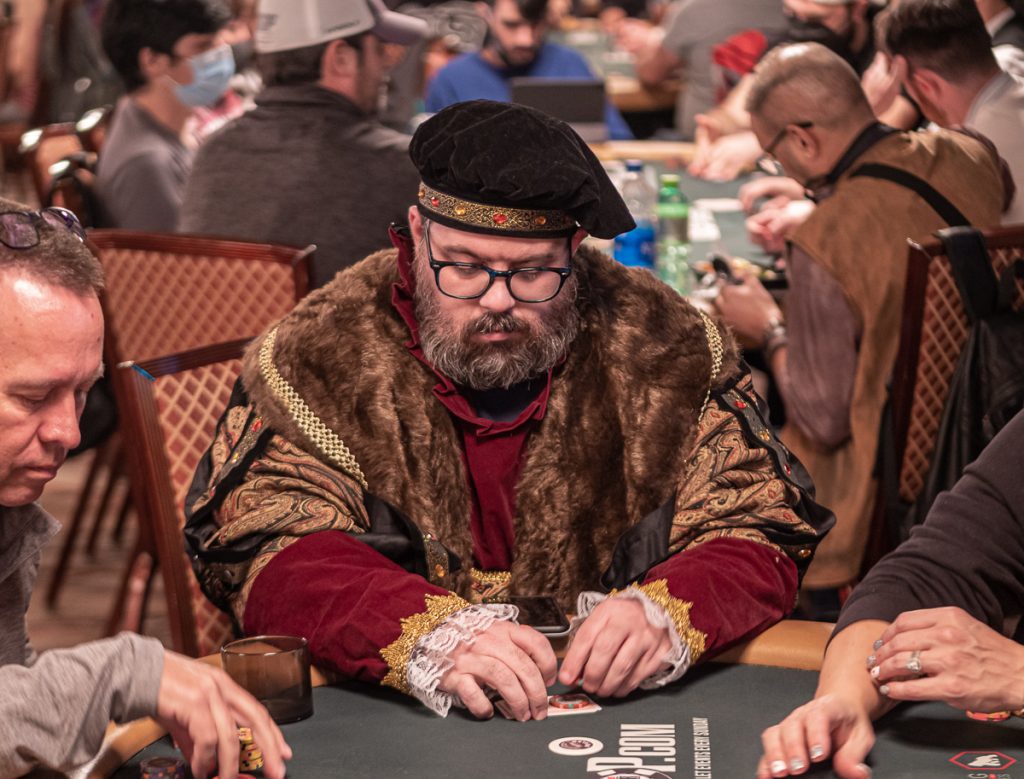 Two beheadings out of six wives is too many, King Henry VIII might attest. 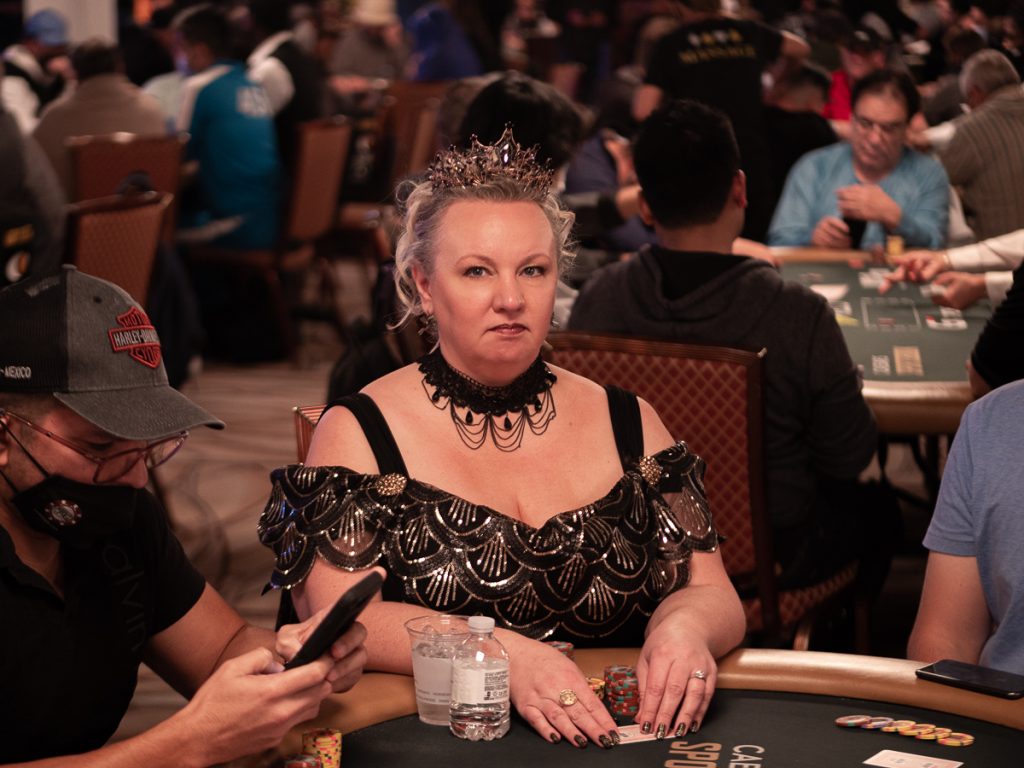 Meanwhile, this beautiful lady may look like the Queen of Spades, but as my wife, Jordan, she’ll always be the Ace of Hearts to me. 😍 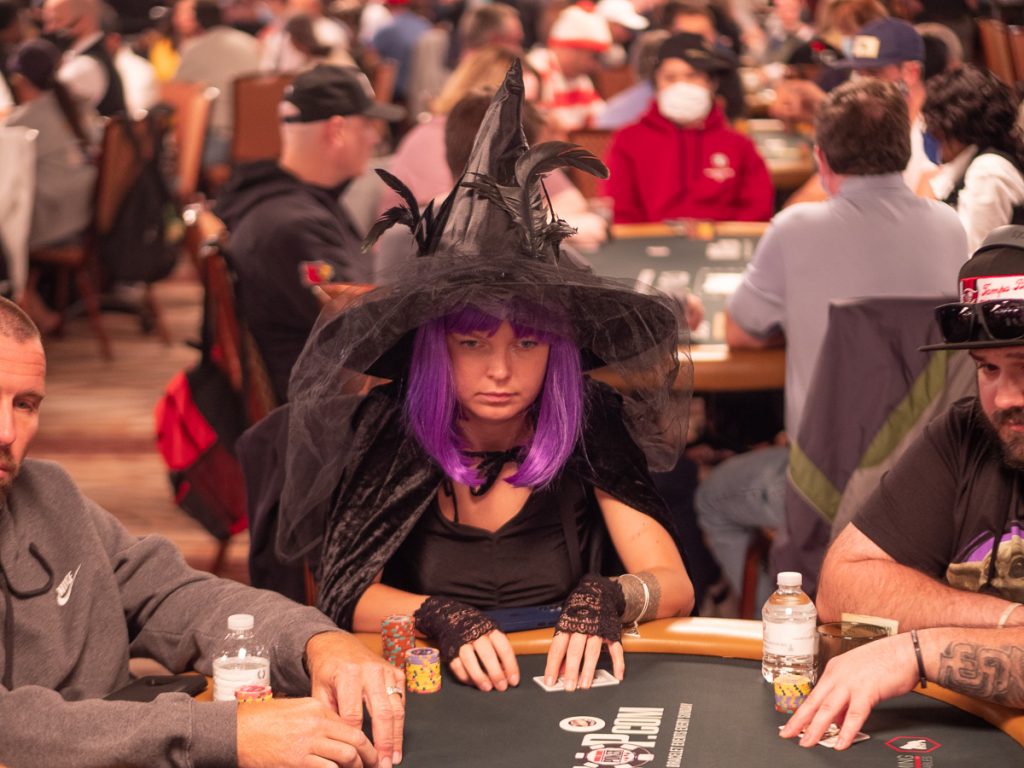 This witch has a tell: when she wiggles her nose she’s trying to change the cards on the flop. 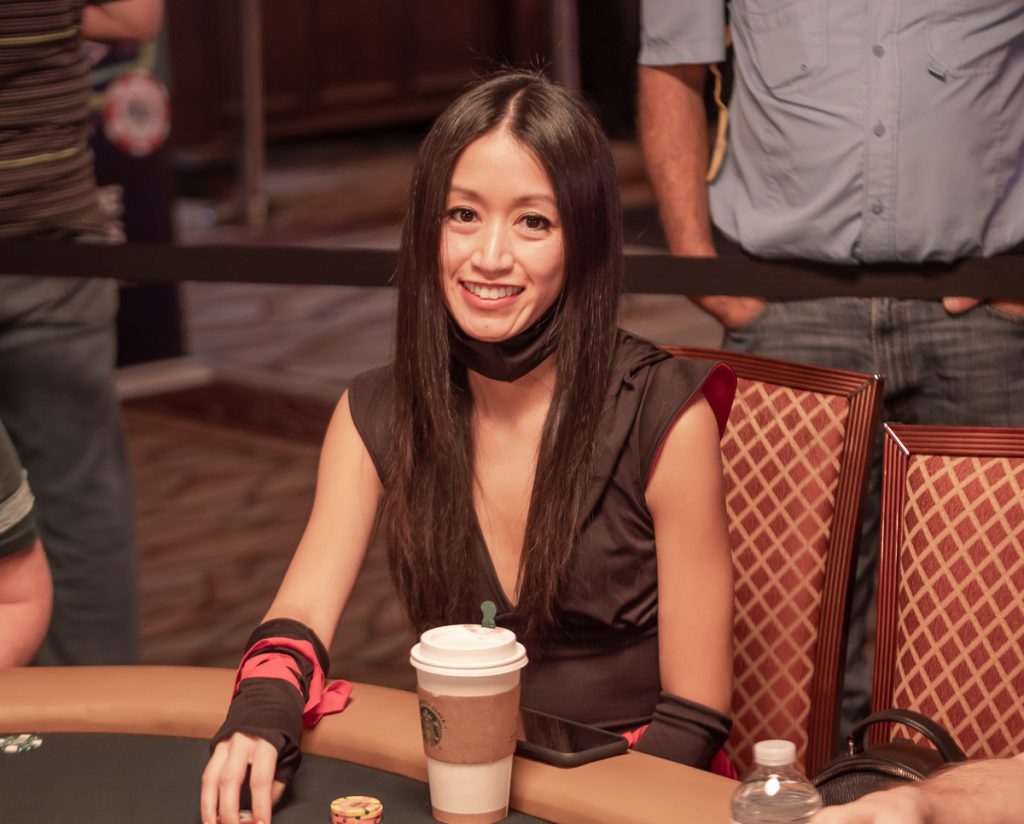 This ninja may have left her throwing stars at home, but not a problem when you can get a Starbucks at the Rio. 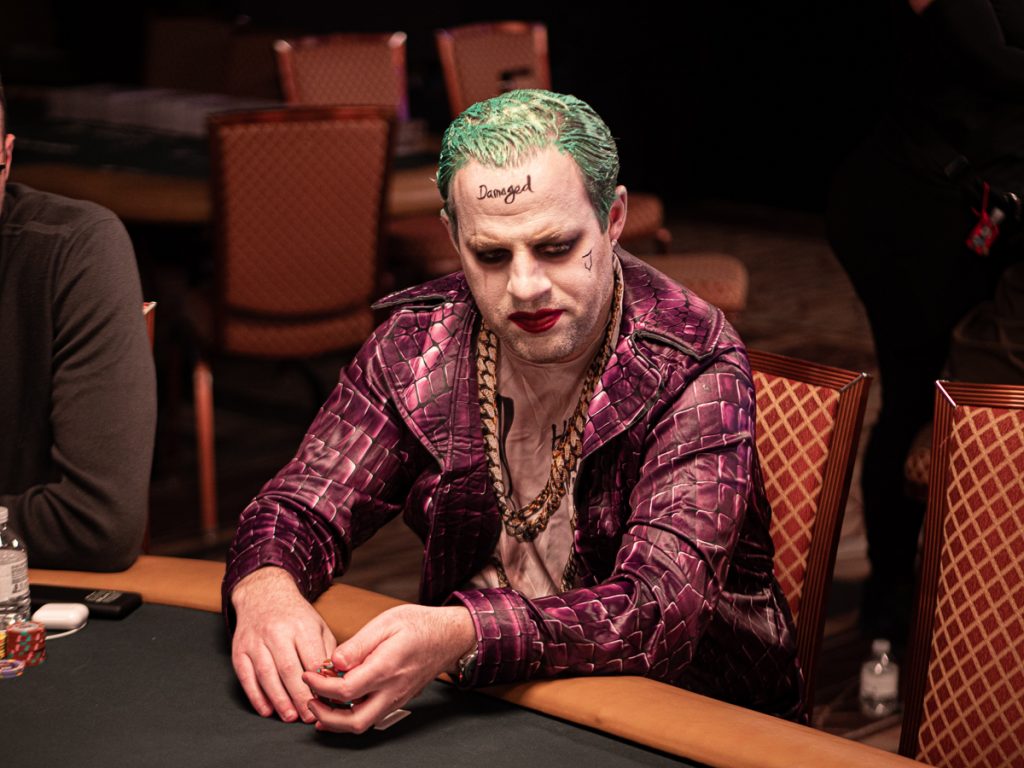 The Joker isn’t always wild at the WSOP, even though his costume is.

Jamie Kerstetter apparently isn’t afraid of taking a bath at the WSOP, especially when the pirates looking to take her treasure are on her right. 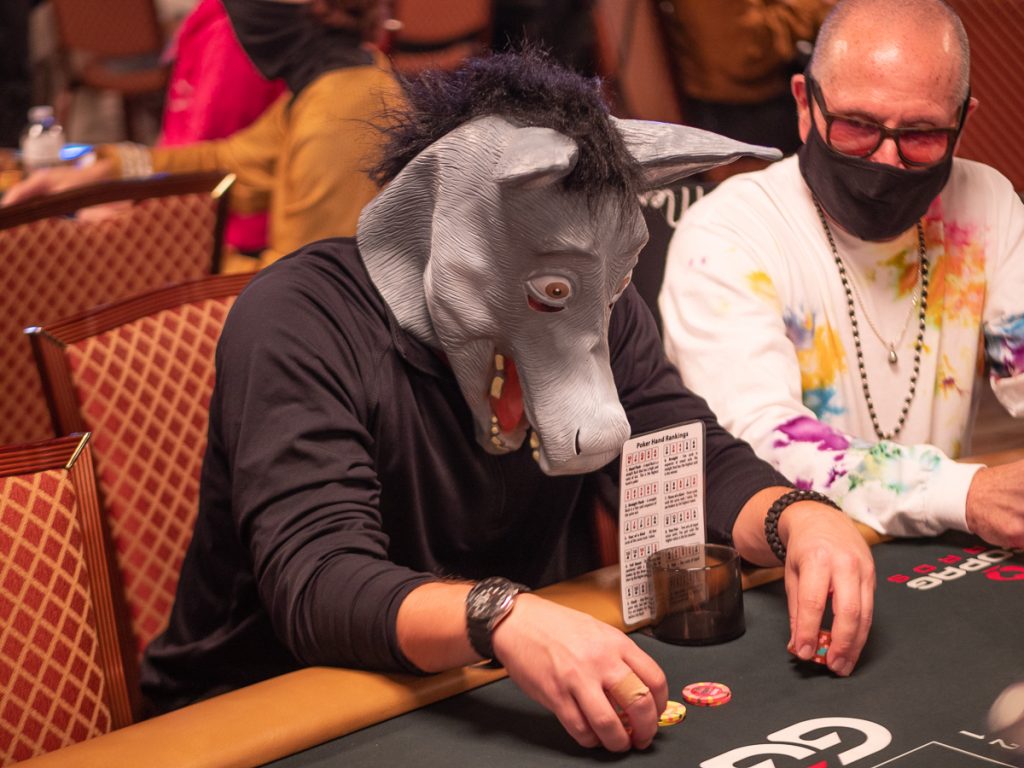 This player forgot to wear a mask. 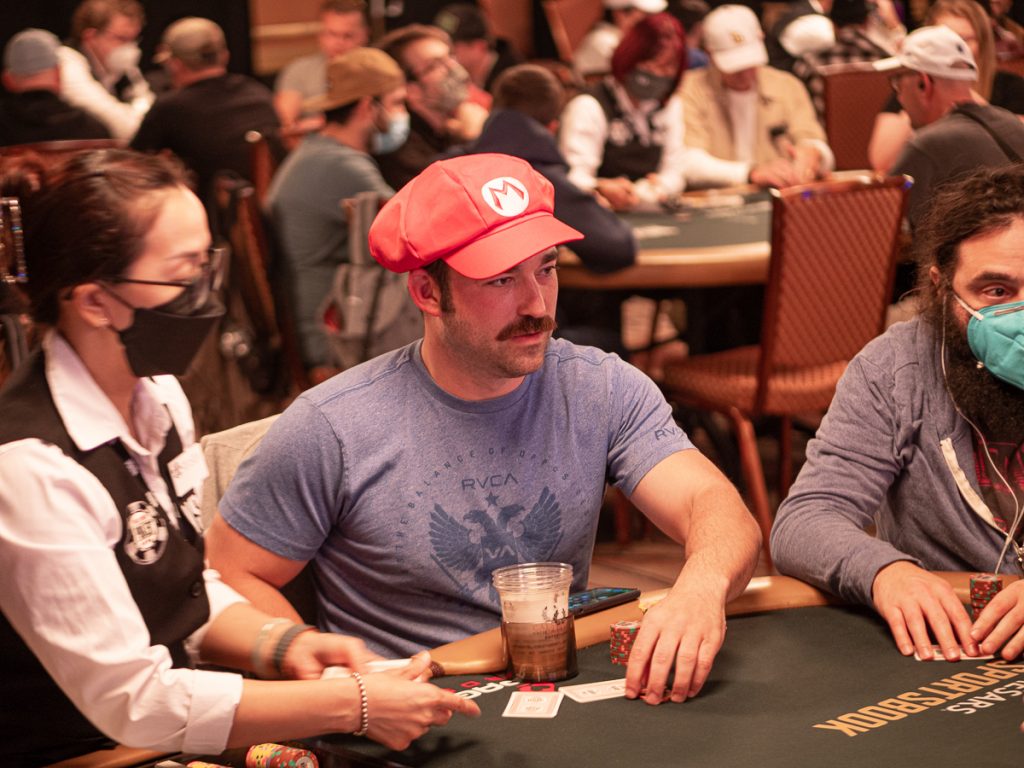 Super Mario ate a mushroom and his stack size doubled. 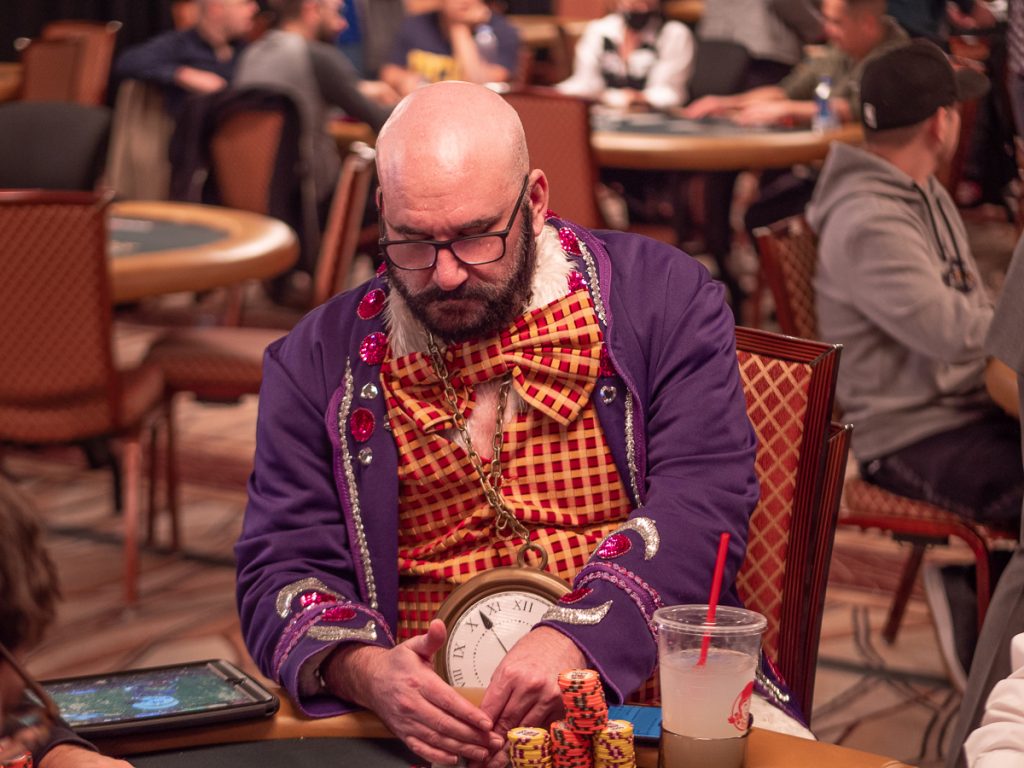 Mike Matusow couldn’t be late for a very important date, or maybe he was just Flava Flav? 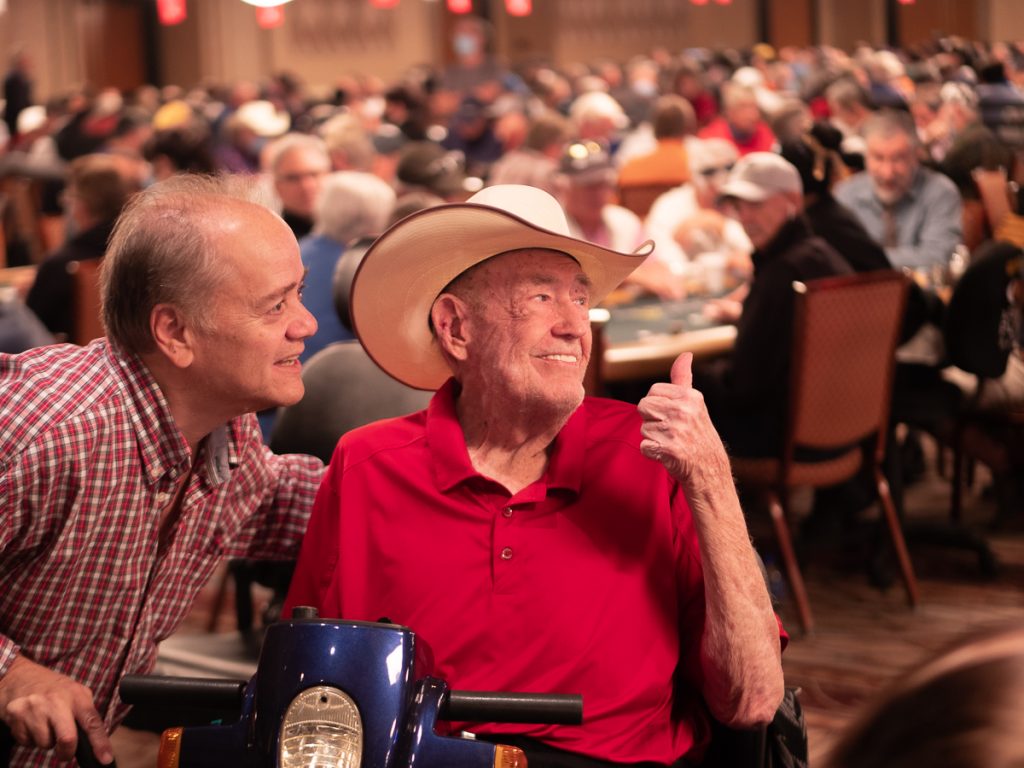 Doyle Brunson showed up as a friendly poker legend trying to hitch a ride to the next game. 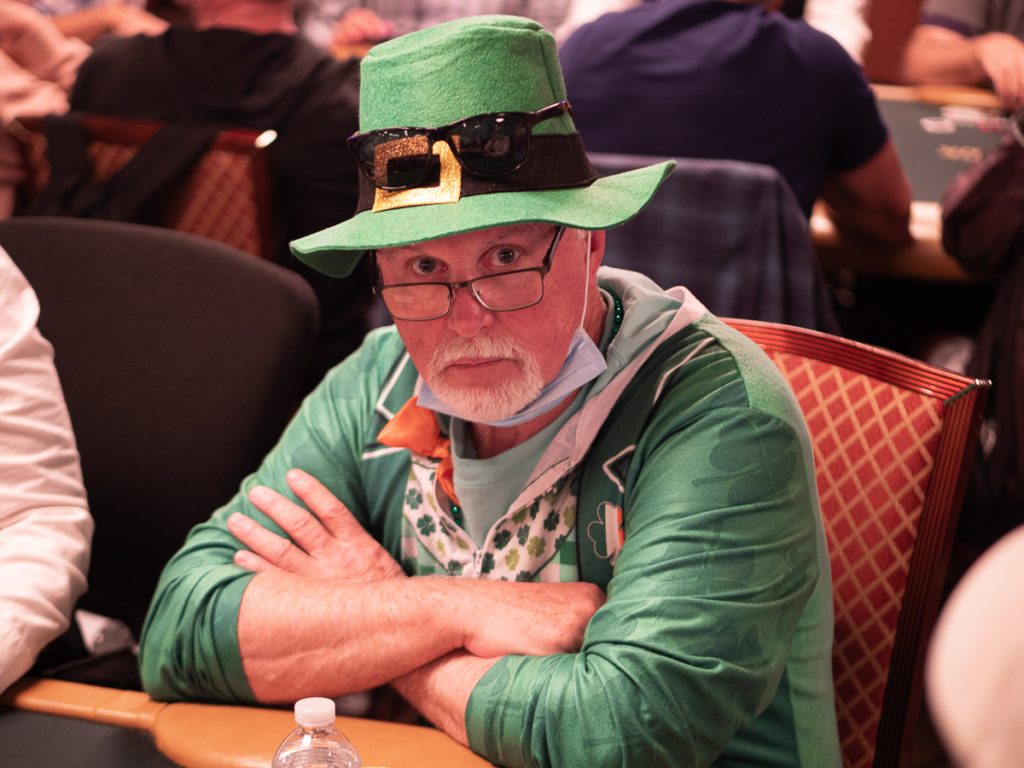 The luck of the Irish can prove quite beneficial when trying to win a pot of chips. 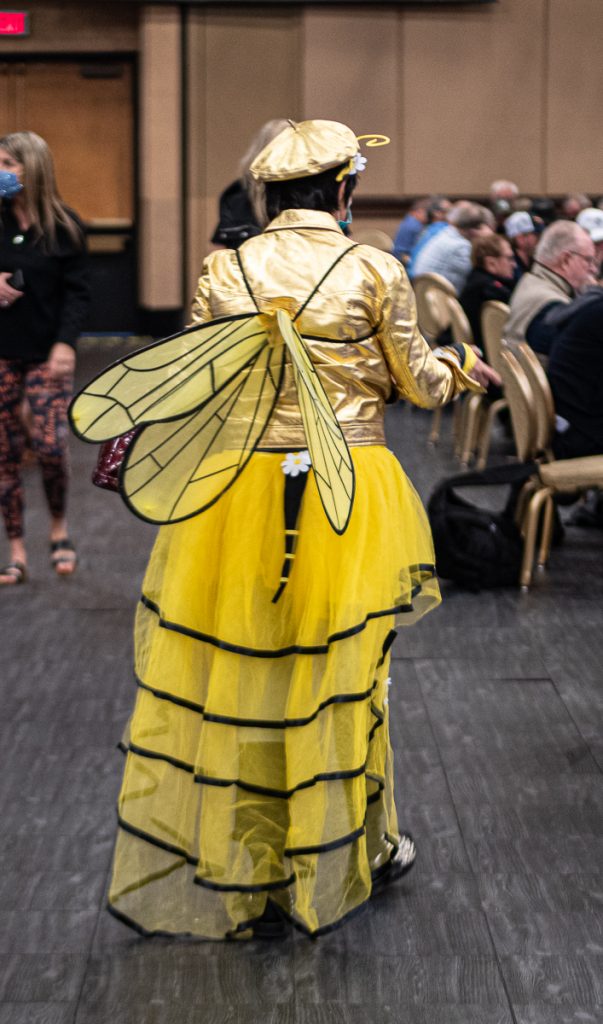 There was no rain Sunday in the Amazon Room, but JJ Liu’s costume had people buzzing. 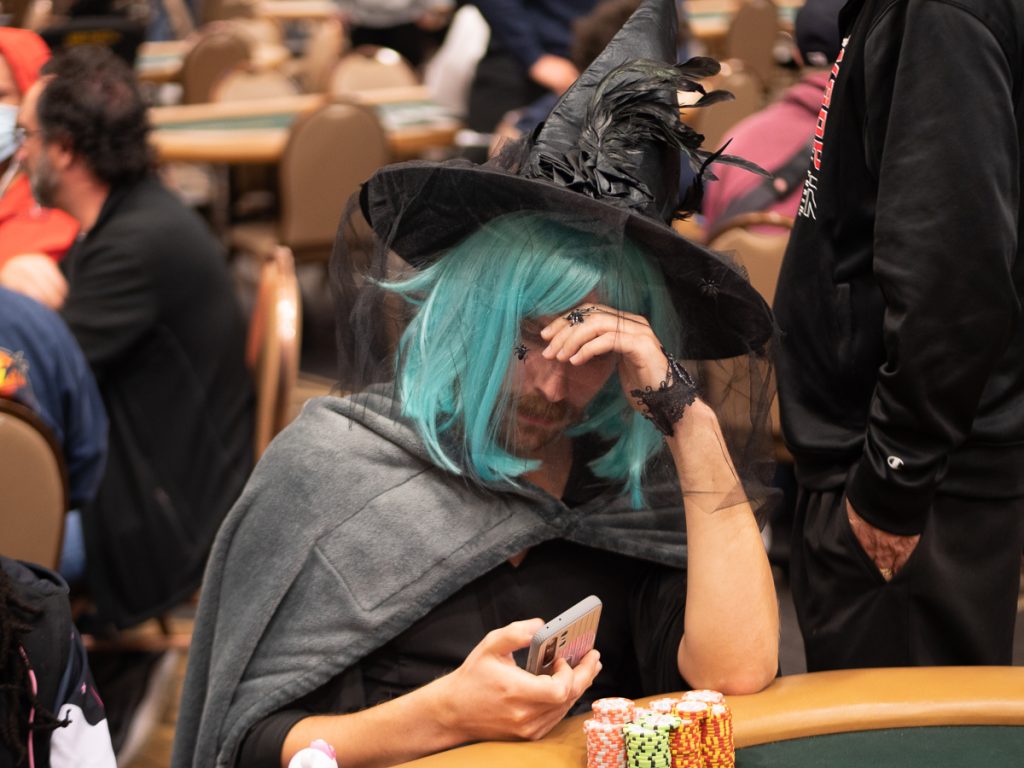 And this guy apparently thought he was here for the Ladies event.