Op-Ed: The Poker Hall of Fame is Broken. But How Do We Fix It? 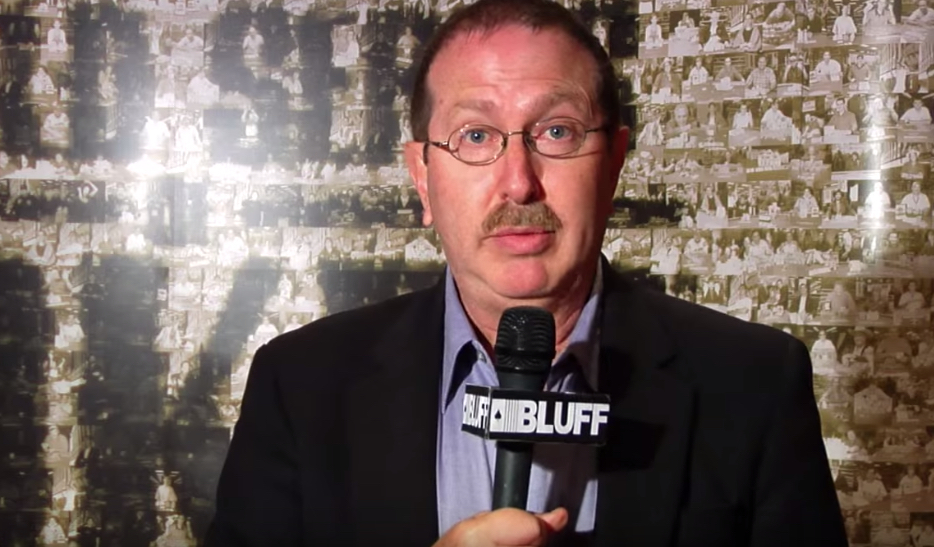 Legendary poker commentator Norman Chad has developed some strong thoughts over the years on how the Hall of Fame selection process is flawed. (Image: YouTube/BluffMagVideos)

Here are some of the problems:

There are 56 members of the Poker Hall of Fame. Carlos Mortensen, inducted in 2016, became the first non-American poker pro in the HOF (English writer Edmond Hoyle – “according to Hoyle” – was among the founding class of HOFers in 1979.) Mortensen was followed by David “Devilfish” Ulliott in 2017. With the growth of the game worldwide, the Poker Hall of Fame has been slow to recognize the contributions and legacy of many, many Hall of Fame-worthy personalities, particularly from all across Europe. This needs to be rectified sooner than later.

But it is extraordinarily difficult to break the logjam into the HOF in its current format. Only 10 individuals get nominated annually, and since the original seven-member class was inducted in 1979, there never has been more than two new Hall of Famers in any year.

Here are this year’s finalists: Chris Bjorin, David Chiu, Eli Elezra, Antonio Esfandiari, Chris Ferguson, Ted Forrest, Mike Matusow, Chris Moneymaker, David Oppenheim, and Huck Seed. One can make a reasonable argument for all 10 candidates this year to make the HOF, but frankly, I could give you 10 or 20 other names of Hall of Fame-worthy individuals.

There is a 10-point “must” system in the voting – you can cast your vote for up to three players and distribute 10 points among them. For instance, you could just choose Ferguson and give him 10 points. What I usually do is find the top three candidates and then assign them different point values.

Frankly, I am not fond of the voting system. At the moment, 47 people cast votes – 29 living Hall of Famers (it’s always been tough for those “not living” to participate) and 18 media members. Because of the 10-point-must voting system, a voting bloc can push all its support to an individual – say, six or so panelists agree to each give 10 points to Player A – and that individual would have an excellent chance at induction.

To avoid this, I would prefer if you simply choose three candidates and assign 3 points to your top choice, 2 points to the next and 1 point to your third selection.

In addition, I would prefer if the HOF established a separate “Builders” or “Contributors” category to consider non-players. It is unfair to, say, European Poker Tour creator John Duthie or tournament director Matt Savage – both worthy of HOF consideration – to be thrown into the same voting pool as myriad pros. With only two finalists getting in per year – which is something that also has to be looked at – how can Duthie and Savage crack a lineup of poker-playing icons?

The criteria Poker Hall of Fame voters must consider are this: A candidate must be a minimum of 40 years of age, played against top competition, played for high stakes, gained the respect of his or her peers and stood the test of time. Non-players must “contribute to the overall growth and success of the game of poker, with indelible positive and lasting results.”

To be honest, it is awfully difficult to determine who is and is not a Poker Hall of Famer, much more so than in other games that have statistics and analytics that make it easier to compare players from the same generation and different generations. In poker, there is cash play and tournaments, live and online, plus multiple tours such as the WPT and the EPT that need to be weighed into the equation in addition to the WSOP.

On top of that, many tournament legends – some with multiple WSOP bracelets – are actually losers over their poker lifetime. So, let me ask this: Are you a Poker Hall of Famer if your career poker ledger is in the red?

Anyway, we can argue the merits of all the candidates endlessly, but we cannot argue the fact that many worthy Poker Hall of Famers are standing on the outside looking in, plus we need to rectify the embarrassing paucity of non-American members in poker’s shrine.

Norman Chad is one of the most familiar voices in poker. He has covered the WSOP as an ESPN commentator and analyst since 2003. As a player he’s amassed more than $85,000 in tournament winnings and is currently ranked 22,985th in the world. You can follow him on Twitter @NormanChad.

Written by
Norman Chad
Norman Chad is one of the most familiar voices in poker. He has covered the WSOP as an ESPN commentator and poker analyst since 2003. He also writes "The Couch Slouch" as a syndicated columnist for the Washington Post, and is author of "Hold On, Honey, I'll Take You to the Hospital at Halftime: Confessions of a TV Sports Junkie." As a poker player he’s amassed more than $85,000 in tournament winnings and is currently ranked 22,985th in the world.
Share this story

can not say I care even a bit about Hall of Fame, but as many people are complaining about it (as they do about “player of the year”) I think it’s faiк that it needs an adjustment.
as any system it should evolve. the only problem I do see that it takes so much time to change a rule/point/concept that at the time this change is implemented it’s now old =)
but GL with this and maybe it will do some good