How to Pick the Best Seat at Any Table: 4 Rules of Thumb

It’s a frequent question for thoughtful players who are lucky enough to have access to multi-table rooms. I’ve found that having the right answer — while no guarantee of victory — is critical for long-term profitability. 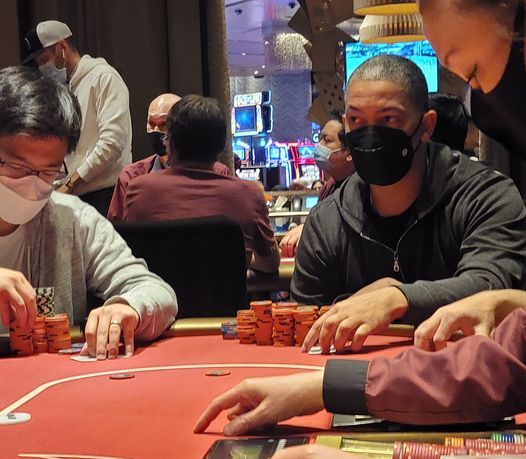 Good thoughtful players understand that there’s no such thing as a lucky seat, though I’ve noticed a surprising number aim for a seat being vacated by a winning player and steer clear of chairs occupied by someone who just busted out. But assuming that you understand the folly in poker superstition, what should guide your selection for where to sit in a game?

I have four rules of thumb for seat selection that I rely on and recommend:

Rule #1: Look for big stacks at the table

You don’t want to sit in a game with a bunch of short-stacked nits or timid players guarding their chips. As a general rule, look for at least a few stacks of 150 big blinds or bigger. The reason should be obvious. If you want to win money, there needs to be money on the table to win. Sure, you might be able to intimidate short-stacked players, but in a raked game, you’re hit the hardest when playing small pots as the rake will eat up a larger percentage of your winnings than in a huge pot.

I’ve also found that big stacks tend to foster an atmosphere of looseness. And that’s what you want – a game with lots of players, with big stacks, eager to gamble.

You can win money from tight players, but you can’t usually win a lot of money from them. While a tightly structured game can be profitable to the highly skilled player, it’s very hard to come out ahead when there’s a rake involved, especially if it’s fairly steep.

Compare that to a game with really loose players. Imagine getting your $350 stack in against another $350 stack. Win that hand and you are still only getting raked $7 – which comes out to only about 2% of your $350 winnings.

Here’s what you need to know: Sit as close as possible to the immediate left of a deep and active player. You also want to keep active, tricky, or otherwise strong players away from your left as much as possible

What you want is the ability to take first crack at a big stack while avoiding situations where the most active strong players can try to win your stack after you have entered a hand.

Ron is a talkative, aggressive, loose player who tends to raise just about every hand when he thinks such a raise will buy him the button. That’s to say he raises from the low-jack, hi-jack, cutoff, and button with a huge range. He also frequently calls an unraised pot, even without position, with the plan of buying the engorged multiway pot with a raise or reraise on the flop or turn.

You want to see what he is doing before you enter a hand. If he calls or folds, you may be able to be the aggressor and win hands with subpar cards. Similarly, you may occasionally be able to scare him off with your occasional three-bet of his raise as he’s apt to figure that it isn’t worth competing with you when your action indicates that you actually have a strong hand.

At the very least, your three-bet will tend to isolate him so your strong hands won’t face much competition from anyone else. What you want to avoid is having to decide to enter the pot before you see how he will act. You don’t want to call thinking you’ll get in cheaply only to see him fire raises after you.

Rule #4: Be willing to change seats

The best seat in the house sometimes changes. You have to be alert enough to see when that happens, and flexible enough to leave a bad situation for a better one.

My rule of thumb is to stay on top of which games are good and which seats are good, using the criteria I established above. If my game is going south because bad players are busting out, I’m looking around for better tables. Similarly, if my seat is no longer good because the loose-aggressive player on my left busted out and was replaced by a nit; but the seat on my left was taken by a tricky loose-aggressive player; then I’m looking to move to the LAG’s left.

You aren’t awarded any extra points for staying in a game or a seat that used to be good, so make sure to constantly evaluate your game, your seat, and the other games and seats in the room.

Good and developing players focus a lot of energy developing their skills at the table – as well they should. But just being skilled does you little good if you’re always competing with the best of the bunch, or against tight nits who won’t reward you for your fine play.

It’s better to use the four rules of thumb above to find the best seats in the best game, so you can use your skills to profit off those with fewer skills and deep pockets.