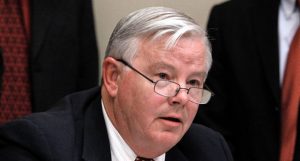 Texas poker players have always been at a disadvantage.

There are only a few options to hit the felt in this conservative state, but times could be changing if proposed bills at the federal and state levels get passed.

As it stands, the only legal poker games in Texas are played at the two brick-and-mortar cardrooms that exist there. Online poker is currently prohibited, as it is in all but three US states.

For years, poker players and some lawmakers have pushed for legalization statewide, but to no avail. The Poker Gaming Act of 2013, had it passed, would have allowed existing parimutuel facilities, bingo halls, and tribal entities to apply for licenses to offer poker games.

The bill did not include online poker. But a Texas state senator proposed a bill that would “authorize online gaming regulated under federal law.”

Senator Leticia Van de Putte is pushing for the legalization of Internet poker in Texas, contingent on the US government passing a federal online gambling bill: a very big “if” indeed.

If accepted by the State Senate, her bill would require the State of Texas to “opt into” the federal online poker bill.

Van de Putte will have some backing in the United States Congress from a fellow Texan. Republican Rep. Joe Barton, a proud poker player, wants online poker legalized at the federal level, with each state being given an opportunity to decide whether or not to opt in.

“Poker is an all-American game. It’s a game that I learned as a teen and continue to play today. Just like millions of other players, I enjoy the strategy and skill involved,” Barton told the Las Vegas Review-Journal.

Barton re-introduced a bill previously proposed to Congress that would legalize poker at the federal level, giving each state a choice to opt in or decline. He’s pushed for online poker legislation on three occasions since 2011.

Adelson’s valiant effort to prevent the federal government from passing a bill that allows citizens to play poker online legally has been successful thanks to lining the pockets of lawmakers. To best Adelson, Barton will need a Herculean effort, and support from his fellow Congress members.

According to the owner of Texas’ only legal stand-alone card room, Sam Von Kennel, passing a bill to legalize poker in the state is difficult, due to a lack interest in the State Senate.

Von Kennel told CardPlayer that legalization is a four-step process, but “no one ever gets to step no. 1.” Von Kennel owns Texas Card House in Austin, a card room that charges membership fees instead of taking a rake on each hand.

Texas Card House is considered a legal poker room, because they are a membership-only business, not a traditional casino. However, the owner admits there’s always the possibility his card room could get shutdown. For now, he found a loophole in the system.

Unless more powerful people in Texas begin showing support for online and/or offline poker, Von Kennel’s poker room will remain one of the only legal places for Texas residents to play poker for good.

thank you Congressman Joe Barton ! I believe its a long -shot yet the people of Texas are not folding!