Texas Card House, which operates poker rooms in Austin and Houston, will soon open the first legal card room in Dallas, thanks to finally receiving permission from the City Council. 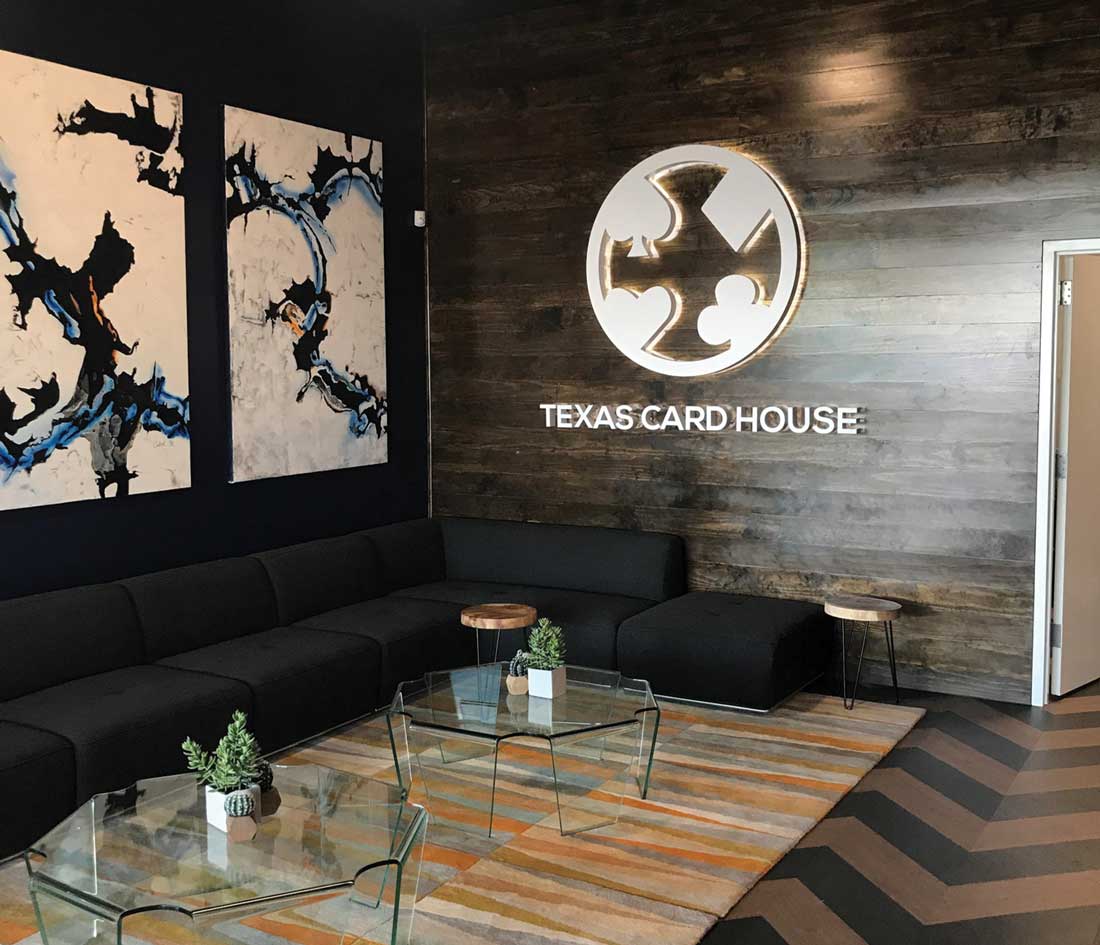 The city’s blessing ends a lengthy battle between the card club and Dallas-area politicians. Texas Card House was on the verge of getting approval to operate in Texas’ third largest city 13 months ago but, at the last minute, the City Council decided not to grant permission. For reasons not presently known, they’ve since had a change of heart.

Over the past few years, poker clubs have popped up around the state of Texas in major cities such as Houston and San Antonio. They’re referred to as poker clubs instead of traditional card rooms due to some murky laws.

Gambling, including poker, is technically illegal in the Lone Star State, but businesses such as the Texas Card House have found a loophole in the law. The card rooms operate as clubs where players pay a membership fee and are charged an hourly or daily rate for a seat at the table, instead of the house collecting rake each pot.

There are three parameters a card room must meet to comply with the law:

Parts one and three are simple to understand. Card rooms, such as Texas Card House, operate as a club instead of a casino to satisfy the first requirement. And the games are fair — no Postle’s there — so the third part is taken care of.

The second requirement is where the law is open to interpretation. Under Chapter 47 of the Texas Penal Code, no person involved in a poker game can “receive any economic benefit other than personal winnings.”

“There’s a lot of confusion over how the term should be defined,” Daniel Kebort, owner of Houston’s Post Oak Poker Club told CardsChat News in 2018. “But I’m in constant contact with local authorities, advising them on what we do, and they have yet to advise that we’ve broken any laws.”

Whether you believe poker is illegal in Texas or not, the Texas Card House received permission on Wednesday from the Dallas City Council to open two locations. One is nearly finished and the other, located in a different area of town, will be built within a few months.

Card clubs in Dallas were all shut down in 2017 due to legal issues. Jody Wheeler, who owned the popular FTN Poker room, was forced to close his doors in 2017. He decided shutting his business down instead of risking going to prison was a better solution.

Over the past couple of years, the Dallas poker scene — a metro area with 7.2 million residents — has mostly been underground. That isn’t the safest way to play cards, so when the Texas Card House opens its doors, players will have a legal and safe place to play.

Sounds like some hands got greased. The law didn’t change, but for some reason they all of a sudden went from saying not legal to legal, hmmm. This is going to open the flood gates in Dallas, and Dallas players should support Dallas clubs not out of towners (who have been able to run clubs down south for past 7 years). Bullshit, go home.

Would like more info about these. Am a poker player and would like to know more. I have run games and played everywhere. Thanks